'When people are left out, it can grow frustration' 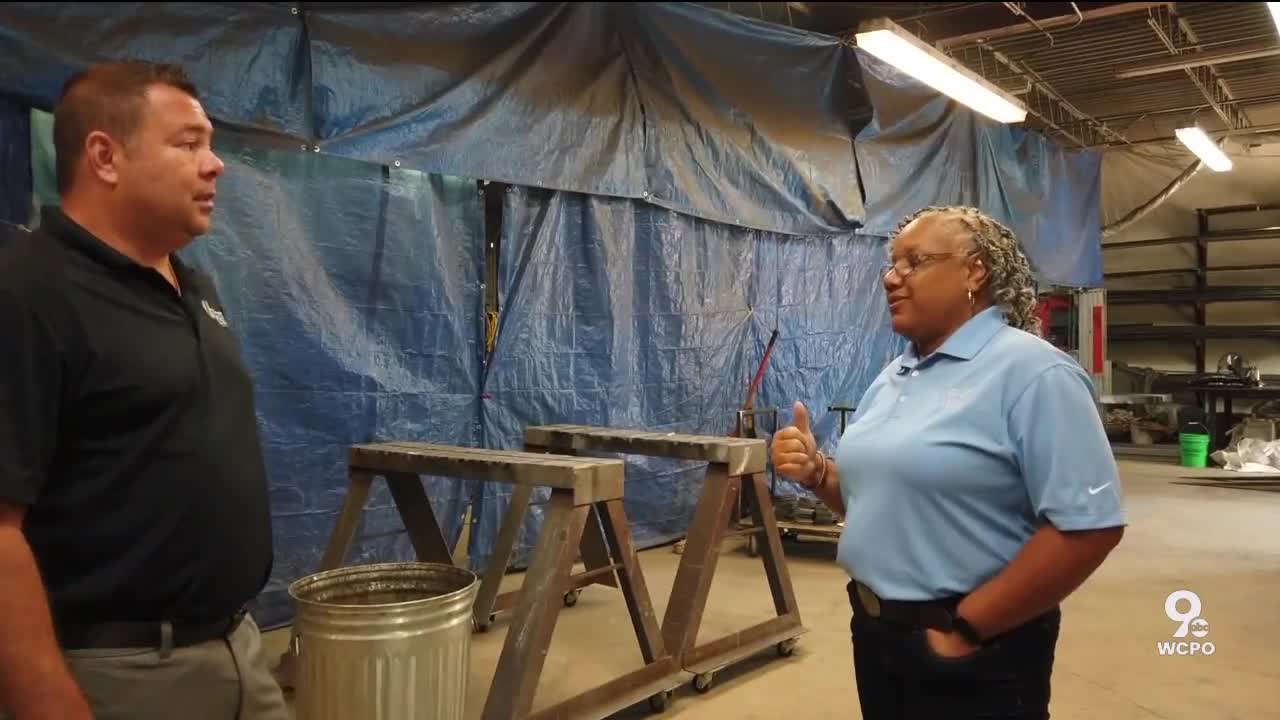 Now more than ever, local organizations are working together to create a network that makes Greater Cincinnati more attractive for minority entrepreneurs. 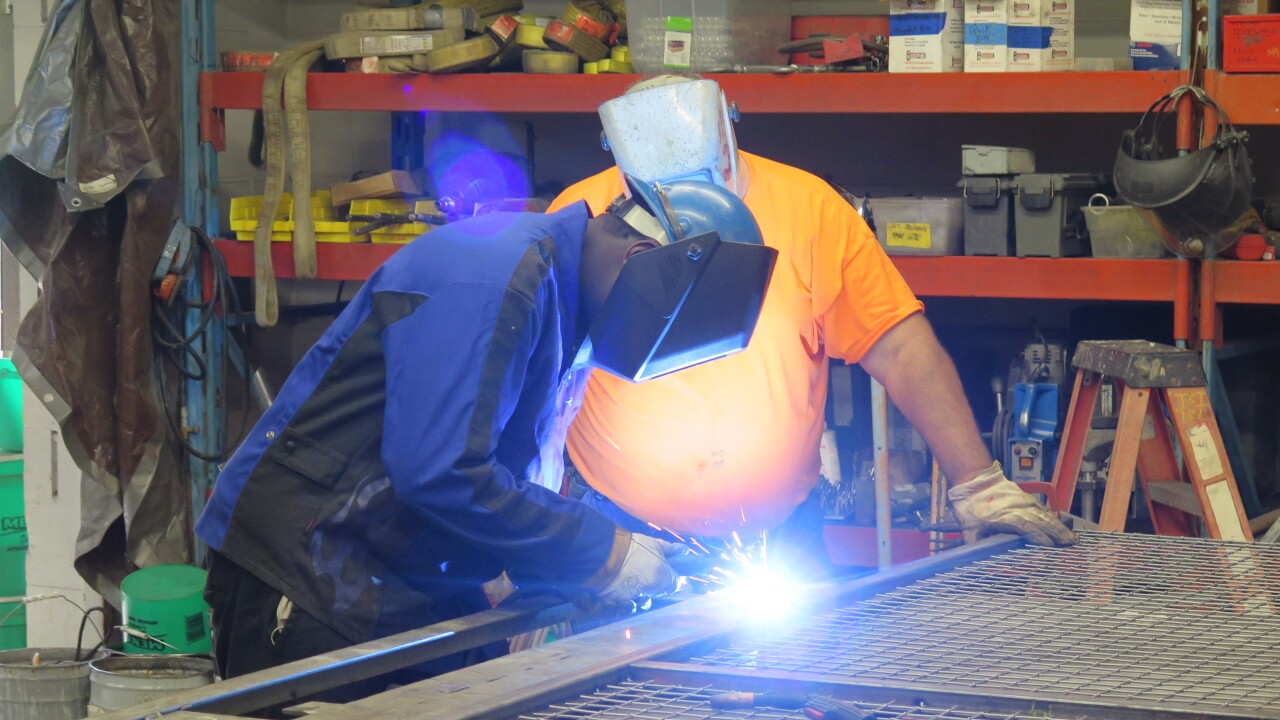 The protests have quieted down here in the Tri-State, but the calls for racial equality and justice are still loud and clear. WCPO will examine where the movement goes from here in "From Protests to Solutions - The Movement for Change," airing at 7:30 tonight on WCPO and wherever you stream WCPO 9.

CINCINNATI -- Joe Vazquez started his construction company in 2008 -- hundreds of thousands of dollars in debt but convinced his background as a CPA would help him succeed in business during an economic downturn.

Now, with close to 100 employees and nearly $50 million in annual revenue, Vazquez is looking to grow Vazquez Commercial Contracting, LLC to $250 million in revenue within the next seven years.

He expects much of that growth to occur more than 500 miles away from his company’s Kansas City headquarters -- right here in Greater Cincinnati.

“I see Cincinnati being bigger than what I have going in Kansas City,” Vazquez told WCPO. “Cincinnati is going to be such a huge part of our growth.”

Business leaders are hoping minority entrepreneurs like Vazquez can be an important part of the Tri-State’s growth, too. The Minority Business Accelerator at the Cincinnati USA Regional Chamber helped draw him to the region as part of a strategy to attract high-potential minority-owned firms.

The accelerator’s work is part of a larger effort aimed at creating jobs and building wealth in Greater Cincinnati’s minority communities and throughout the region, said Darrin Redus, vice president and executive director of the accelerator.

“Our minority entrepreneurs create job opportunities for all citizens,” Redus said. “Absolutely there is a clear objective, desire, practice, etc., to make sure that they’re hiring within the minority community. Absolutely. But it’s not at the expense of others, and so you’re talking about more job-creating engines for the community as a whole.”

Business and community leaders started the Minority Business Accelerator in 2003 as a response to the 2001 riots that followed a white Cincinnati police officer’s fatal shooting of a 19-year-old Black man. The MBA, as it’s known, was Cincinnati’s way of trying to address the economic disparities that community leaders determined were among the root causes of the riots.

The Greater Cincinnati and Northern Kentucky African-American Chamber of Commerce preceded the MBA. Other organizations designed to support underrepresented entrepreneurs, such as MORTAR and the Hillman Accelerator, have followed.

Now more than ever, those organizations are working together to create a network that makes Greater Cincinnati more attractive for minority entrepreneurs, said Candice Matthews Brackeen, the Hillman Accelerator’s founder and executive director.

“We are all becoming much more intentional about it and broadening our own capabilities,” said Brackeen, who also is general partner for Lightship Capital, a fund working to raise $50 million to invest in tech companies run by people of color, women, LGBTQIAP and those with disabilities.

“Now is the time,” she said. “We suddenly have a nation – and maybe even a globe – full of people realizing they don’t have to be stuck where they are. Can we as a city capitalize on this particular moment?”

It took the death of another Black man at the hands of police to get to this moment nationwide. Protesters across the country have been calling for change since the brutal killing of George Floyd on May 25 in Minneapolis.

Brackeen said she’s grateful Cincinnati already had those discussions, at least when it comes to supporting minority-owned businesses.

“It took a lot of hard conversations early on like in 2016 and 2017,” she said. “I think it would be a lot harder to start now than it was before. When we started having these conversations – at least in the innovation community – there was a moment of calm around us. I can’t imagine having conversations around equity and having to get through this moment, too.”

The fact that Cincinnati has a head start when it comes to supporting minority entrepreneurs bodes well for the region, Redus said, especially considering that racial and ethnic minorities are expected to make up the majority of the nation’s population in coming years.

“Those cities that can further demonstrate that there’s opportunity for all citizens just have a greater advantage competitively,” Redus said.

A 2019 study by LendingTree.com listed Cincinnati as the 10th best city in the nation where minority entrepreneurs are succeeding, right behind Atlanta. Among the top 10 cities listed in the study, Cincinnati actually ranked first when it came to the percentage of minority-owned businesses in operation for more than six years, with 62.3%, and the percentage of minority-owned businesses with more than $500,000 in revenue, with 43.3%.

That tells Redus that the region’s collective efforts are paying off, he said.

“As the wins start coming in and we celebrate those, I think you’ll see this work sort of snowball in a positive way and pick up a lot of momentum,” Redus said.

Vazquez Commercial Contracting marks the first big win for the MBA’s minority business attraction strategy, which started about two years ago. The accelerator is focused on securing expansions for minority-owned companies that have at least $20 million in annual revenue and a focus that other local companies don't already have.

“We want to help bring up the next group of minority business enterprises,” Vazquez said. “In this world, as crazy as it is, we need to give each other help.”

‘A bigger pool of opportunity’

Liona Enterprises, an information technology firm in Over-the-Rhine, already has won a $30,000 government contract after teaming up with Vazquez. Liona CEO Michelle Morales-Denisoff said she thinks that small win could be the start of something much bigger.

“Hopefully it will be a good partnership and a good first partnership for us,” she said. “A great mentorship coming from Joe and Vazquez will be very helpful for Liona.”

It’s all about creating more opportunities for people, Brackeen said, and helping young people understand what opportunities are out there.

Smith said Journey Steel hopes to do more of that as it grows through its Journey Steel Soaring Impact program, a pre-apprenticeship program that aims to teach high school students about being an ironworker.

The larger Journey Steel grows, the larger its Soaring Impact program can get, Smith said, adding that the company wants to replicate the program in Kansas City as it works with Vazquez there, too.

“This is one of the dreams that we’ve had for Journey,” she said. “To be able to penetrate markets that we haven’t been able to get into, to have a voice where we haven’t had a voice before, to be able to help others and share, you know, the answers and the understanding and really let them know, we’ve been there, and now we’ve overcome and we want to help you overcome.”

Including people, Brackeen said, is the first step in empowering them.

“When people are left out, it can grow frustration,” she said. “When you leave out a portion of society financially, they suffer.”

And while having successful minority entrepreneurs helps young people of color dream bigger, Brackeen said, it also helps white people overcome misconceptions they might not even know they have.

“My majority peers need to see Black founders that are great at what they do,” she said. “They need to see innovation come out of a Black mind.”

More information about the Minority Business Accelerator, the Hillman Accelerator and Lightship Capital is available online.

Lucy May writes about the people, places and issues that define our region – to celebrate what makes the Tri-State great and shine a spotlight on issues we need to address. She has been reporting on women- and minority-owned businesses in Greater Cincinnati for more than 20 years. To reach Lucy, email lucy.may@wcpo.com. Follow her on Twitter @LucyMayCincy.