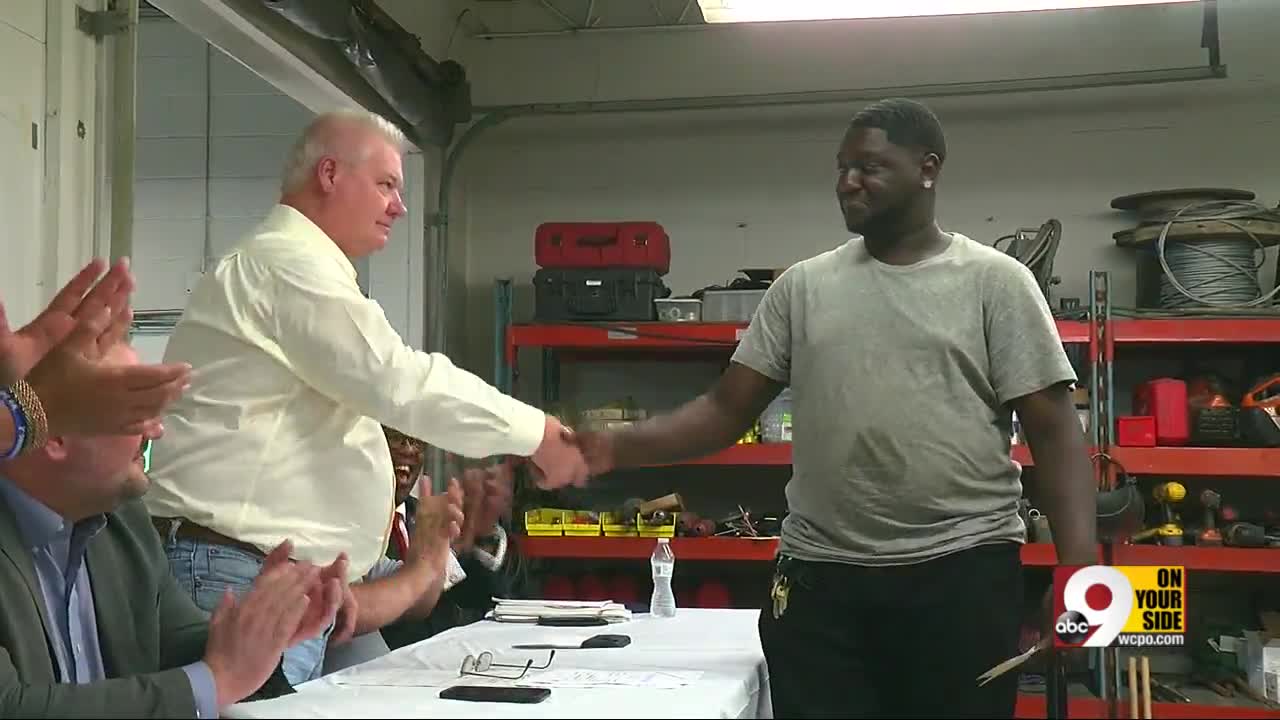 A pre-apprenticeship program called Soaring Impact aims to teach high school students about working hard and being an ironworker. Journey Steel started the program in 2016. 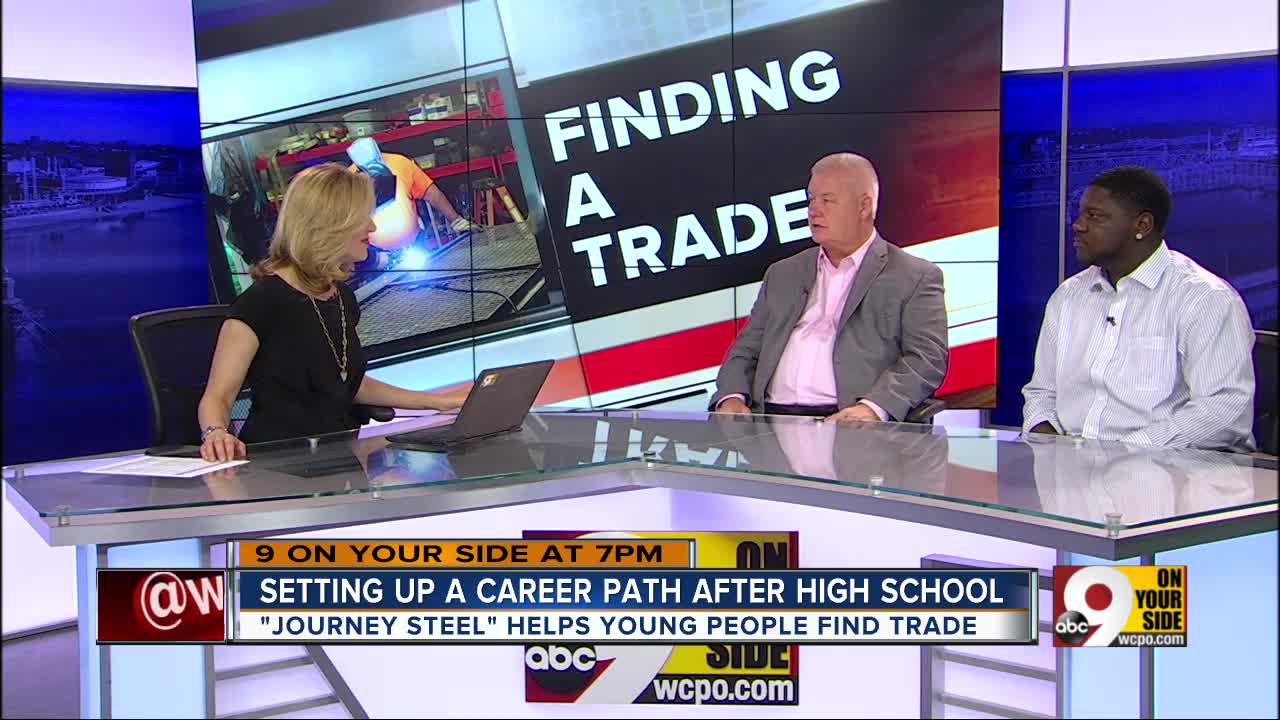 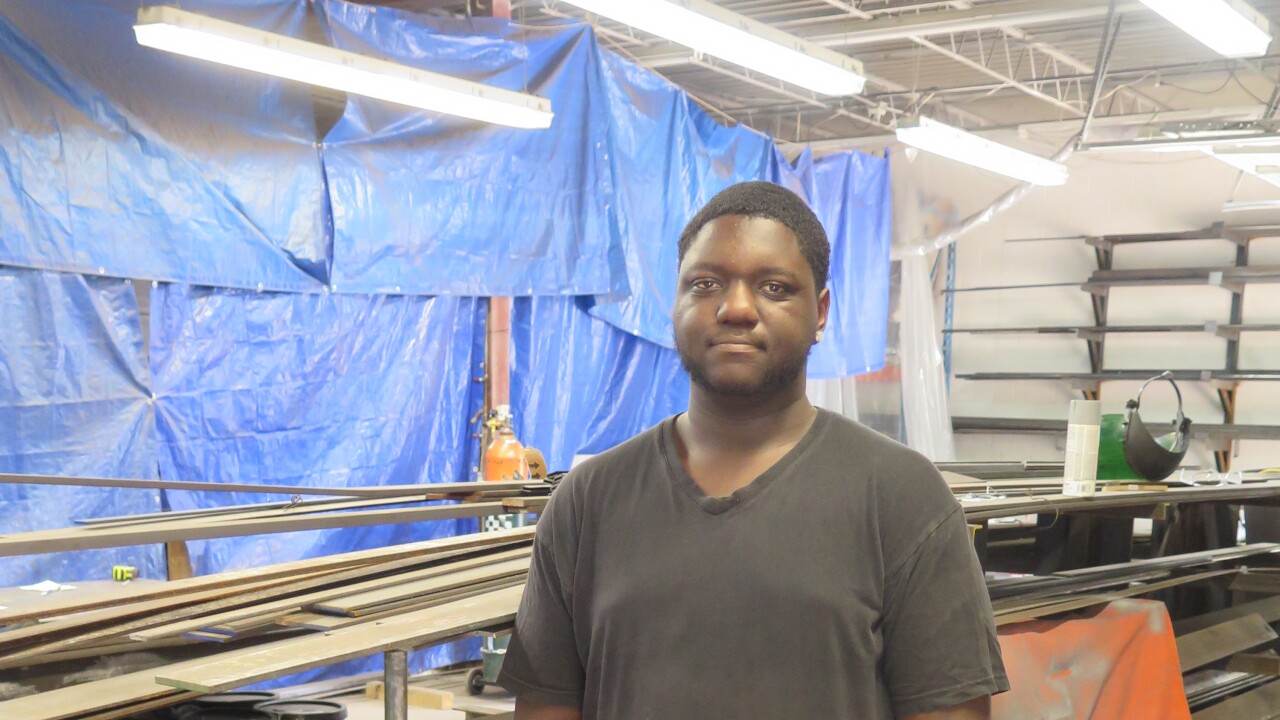 CINCINNATI — Stephen Rogers couldn’t help but smile as dozens of strangers cheered for him inside a sweltering steel fabrication workshop.

“It was more than enough. I got the point,” Stephen said afterwards as his dad stood nearby, wiping away tears. “It was lovely. I couldn’t have traded it for the world.”

Journey's Soaring Impact is a pre-apprenticeship program that aims to teach high school students about being an ironworker. Journey Steel started the program in 2016.

The goal is to get a younger generation interested in pursuing a trade and to make the iron-working trade more diverse, said Journey Steel President Barb Smith.

“We expose them to a career path that, again, they may not have considered,” Smith said. “By doing that, we want them to dream again. To just say, what is it that you would really want to be?”

Stephen had been thinking about becoming an electrician. But the “welding and the cutting steel and sparks flying everywhere” convinced him he wants to be an ironworker.

That’s the idea, said Tom Garten, Journey Steel’s vice president. After Stephen turns 18 in October, he will be able to enter the official apprenticeship program for Ironworkers Local 44 and work while he learns.

Getting pushed – in a good way

The Soaring Impact program was Garten’s idea, and it has gotten lots of support from the local union, Smith said.

Others throughout the community support it, too, based on the turnout for Stephen’s graduation ceremony. His father and grandmother were there with him and were visibly moved by the crowd’s reaction.

“It’s an honor, and it’s a privilege to have all these people in his life to be able to help him, and I appreciate it,” Stephen Rogers Sr. said.

Stephen heard about the program through a former high school teacher. She called him last summer, told him it was “an opportunity for a lifetime” and that he should check it out.

He started as a high school junior and didn’t really like the work at first, he said.

But the trade grew on him, thanks to everything he has learned from Ric Tibbits, a retired ironworker who serves as Stephen’s mentor in the program.

“Measurements, fractions, stuff like that,” Stephen said. “I was paying attention, but I wasn’t really paying attention in school. And doing fractions took a toll on me. I’m a real hands-on guy so I need to see it and do it myself.”

The program goes beyond hands-on experience, though.

Participants get paid $11.85 per hour during their time in the program and are encouraged to save 10 percent of their paychecks, Garten said. Journey Steel then matches the amount they save. Stephen did so well that, on the day of his graduation, Garten presented him with a check for $1,100.

“They pushed me to do something I really didn't know anything about,” Stephen said after the applause stopped.

Lee Worley, executive director of the international ironworkers union known by the acronym IABSORIW, spoke at the graduation, too.

Worley said he appreciated Soaring Impact because he was tired of people complaining about the lack of qualified workers in the U.S. and not doing anything about it.

“You’ve got a door open to you right now,” he said to Stephen. “It’s your job to take it to a whole new level. Be safe, work hard, and you’re going to make a good living.”

‘It’s our give back’

Two more high school students will take part in the program this coming year and signed a commitment acknowledging their responsibilities the same day Stephen graduated from Soaring Impact.

Journey Steel has been financing the program on its own and has had to keep it small as a result, Smith said. Since 2016, seven students have graduated from the program, which costs roughly $30,000 per participant per year, she said.

“It is a huge commitment, but we’re very passionate about it,” Smith said. “We feel like to whom much is given, much is required. And it’s our give back.”

Union contractors earn take-home pay of between $26 and $28 per hour, she said, with a total compensation package valued at $125,000 per year.

Stephen will be able to earn that after he completes his apprenticeship program through the union and will get paid throughout the training, Smith said.

And apprentices finish their training with no debt, she added.

“It’s there for them to take if they’re willing to work hard enough to do it,” she said.

That was no problem for Stephen, he said, especially after he saw how hard everyone was working to help him.

“I saw Ric coming out of retirement, just to help me,” Stephen said. “People who don’t know me actually care about me. I didn’t have no choice but to fall in love with the program.”

Thanks to Soaring Impact, Stephen said he was one of the few students in his high school class who knew exactly what he wanted to do after graduation.

For all the teens still struggling to figure out what’s next for them, he offered the same advice his dad gave him: “Pursue your happiness.”

Sometimes it just takes a little help to figure out exactly what that happiness is.

Lucy May writes about the people, places and issues that define our region – to celebrate what makes the Tri-State great and shine a spotlight on issues we need to address. She has been reporting on women- and minority-owned businesses in Greater Cincinnati for more than 20 years. To reach Lucy, email lucy.may@wcpo.com. Follow her on Twitter @LucyMayCincy.