Superbubz's spirit lives on with a new playground 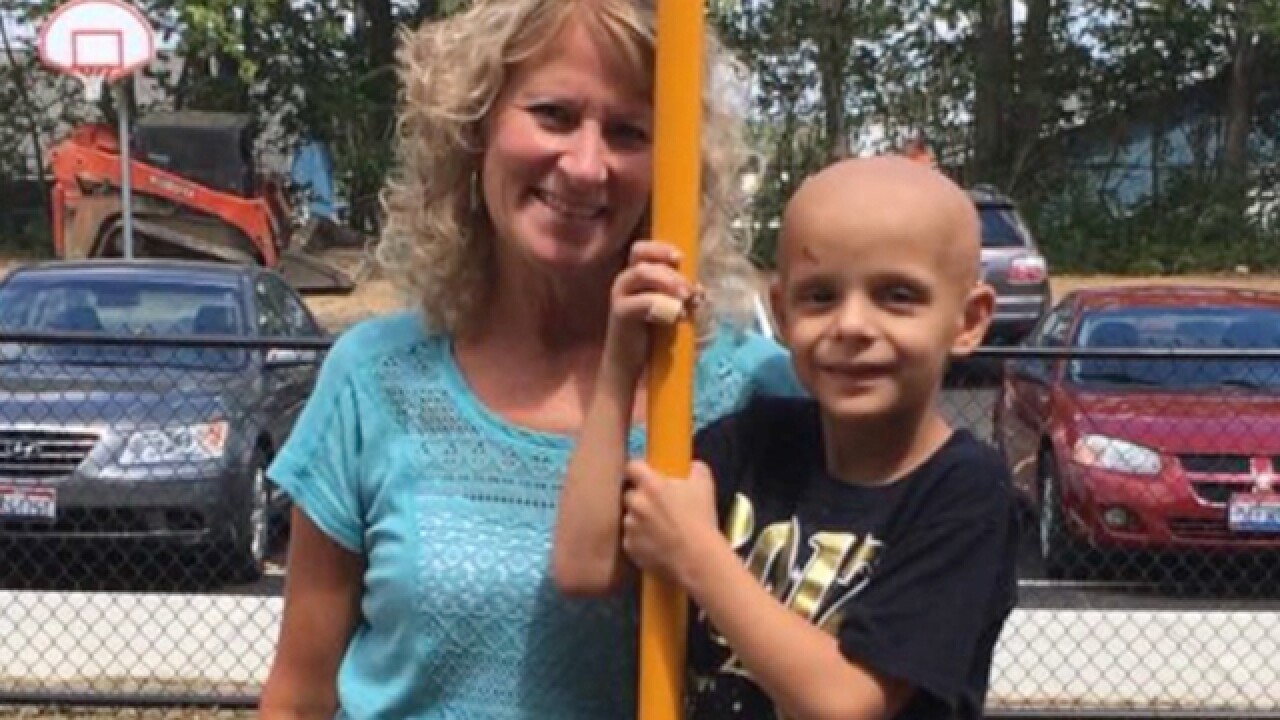 FAIRFIELD, Ohio -- One of the last wishes Walter “Superbubz” Herbert had was for a new playground at his beloved Fairfield Central Elementary. But it had to have swings and most importantly a teeter-totter.

It’s got those things and more, the Journal-News reports -- including places to climb and spin.

The playground also has something indelible: a 6-year-old’s spirit and the love of the people who built it for that little boy who died in October after battling a rare type of pediatric cancer.

“He was an inspiration and a role model, and he taught me that living is important and that living life to the fullest is really what needs to happen,” said Fairfield Central Elementary Principal Karrie Gallo.

The first-grader simply known as Superbubz was the school district’s hero, and his story impacted people from Cincinnati Reds first baseman Joey Votto to people across the country. Donations poured to support Superbubz’s wish -- to “build it for Bubz.”

The playground was built in three months with tens of thousands of dollars donated and hours of donated time. Gallo said they thought it would take at least a year to build it.

The boy’s family is overwhelmed by the response of the community, which extends to the Cincinnati Reds and Bengals and beyond.

“It’s an honor to be his father,” said Walter Herbert.

No matter how sick Superbubz got, his father said he never stopped being a 6-year-old boy, including “running down the hallway 90 miles an hour” when they were in the hospital “to try to have as much fun as he could.”

“To be honest, I don’t know how he did it,” Herbert said. “Kids are so resilient, they just fly through it. Even up until his last couple days he was asking and begging us to come to school -- he couldn’t even walk -- he wanted us to take him to school, and a couple of days we did, and he made it through them. He’s awesome.”

Gallo said that outpouring of support tells her that every single life matters, and it’s because of a simple message that “we just have to love one another.” She learned that lesson from the 6-year-old “who would fight tooth and nail against his own body” to be at school, and took naps in her office so he could have the strength to finish the school day.

“This whole Fairfield community and school district has come around and rallied around this little boy, and it want farther than that,” Gallo said. “We got donations from other states who had seen the news, and it just brings back that idea that we just have to love one another, and in a world that’s so negative right now, just to have that positivity is just absolutely incredible.”