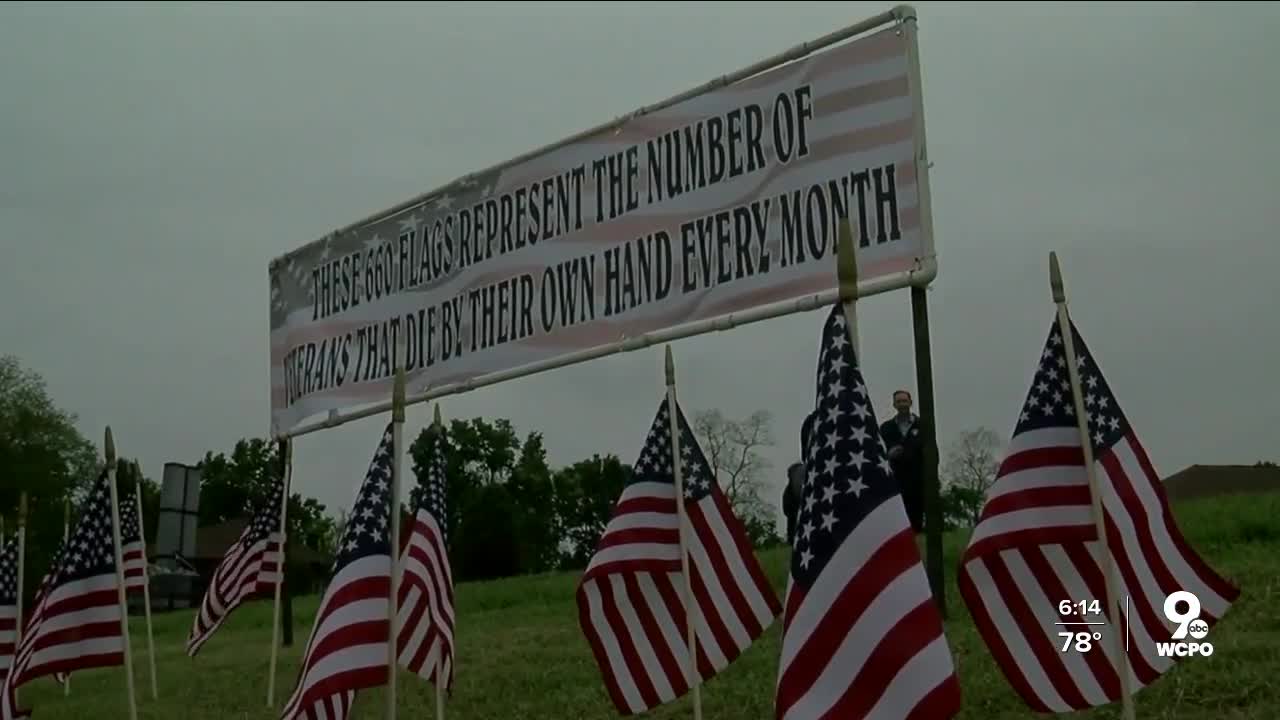 Howard Berry dedicated his time planting those flags at a number of displays to honor those who served and lost their battle after service. His reasoning was simple he started Flags for Forgotten Soldiers after his own son Staff Sergeant Joshua Berry took his life after battling PTSD. 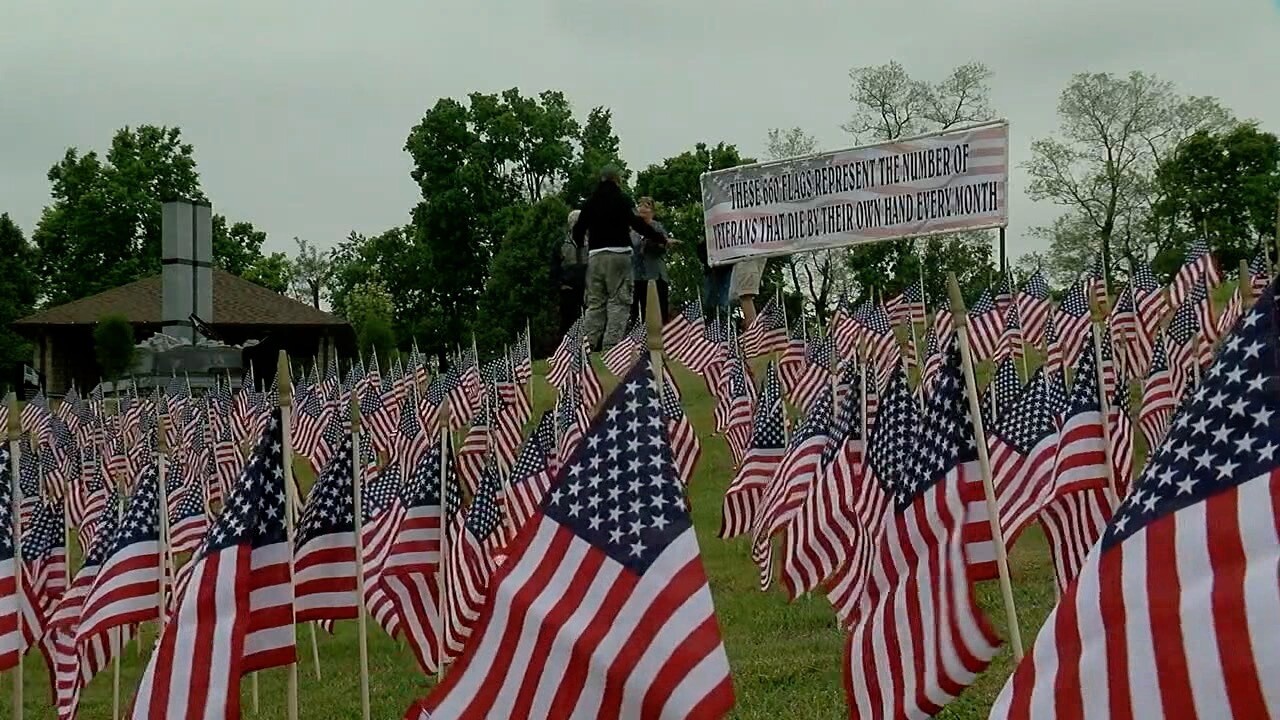 Hundreds of American flags dot a grassy area off the side of the road -- 660 in total. Each flag represents a veteran who decided to take their own life and those 660 flags only represent the amount of suicides in one month.

Howard Berry dedicated his time planting those flags into the ground at a number of displays to honor those who served and lost their battle after service. His reasoning was simple: He started Flags for Forgotten Soldiers after his own son, Staff Sergeant Joshua Berry, took his life after battling Post-Traumatic Stress Disorder and depression.

Howard Berry lost his own battle to cancer in June.

“I love my brother with all my heart," Berry's sister Lynn Brown said. "I miss them terribly.”

As his time grew short, Brown said, Berry spoke to her about carrying on Flags for Forgotten Soldiers.

“This is the way to honor him and what he started and honor my nephew,” Brown said.

Howard Berry’s journey was one of heartache and frustration. His son was stationed at Fort Hood in Texas when Nidal Hasan opened fire on the post Nov. 5, 2009. During the melee, Howard’s son jumped into action warning others about the shooting and was injured after jumping over a wall.

Several soldiers received Purple Hearts for their injuries during the shooting in which 13 people were killed and more than 30 others were injured.

Howard spent hundreds of hours writing letters and making phone calls to get his son recognized and have a Purple Heart awarded posthumously. The Purple Heart would never come.

“And it's still ongoing for him,” Brown said, referencing the fight to get the Purple Heart for Joshua. “Judicial Watch is helping. And that was another piece that he asked me to pick up to try to help continue with that. And I will.”

She is also carrying on with flag displays in her own community in Springfield, Missouri, and other locations across the country. The funding comes from her and her husband’s own pockets with some donations sprinkled in along the way.

Through the journey she’s learned more about the battle within veterans who are dealing with mental health crises tied to their service.

“One veteran helped put a display up and then he went over and sat on the grass and that was the end," she said. "I went over and sat with him and I asked if he was okay. And he said, 'I am resigned to my fate to be one of these flags.' And the power of that statement still makes my skin crawl. I am so happy to say that he is still with us, but it's a day-to-day fight. It's a day-to-day struggle.”

Only 18 states in the United States have yet to have a display tied to Flags for Forgotten Soldiers, but Brown said she’ll continue to fly the flags and ship the flags and banners to communities to spread the word and possibly open the discussion about veteran suicide.

"It's sad, and these are quality people who are, you know, good, honest, loving, so many just want to do the right thing," she said. "And they come back so broken that they're not able to function. And I just think that that's a horrible tragedy -- and it goes beyond my brother. It goes beyond me. Certainly. It's just the issue itself and calling attention to it.”

Howard Berry’s original 660 flags is based off Veteran’s Administration data reporting that 22 veterans a day take their own life, multiplied by 30 days in a month. While the VA has since lowered the average, Brown says she plans to keep the number of flags in the display just where it is to account for unreported suicides or those not officially classified as suicide.

“That is such a powerful visual image that it makes you stop and catch your breath,” Brown said.

For more information about Flags for Forgotten Soldiers, you can find them on Facebook.