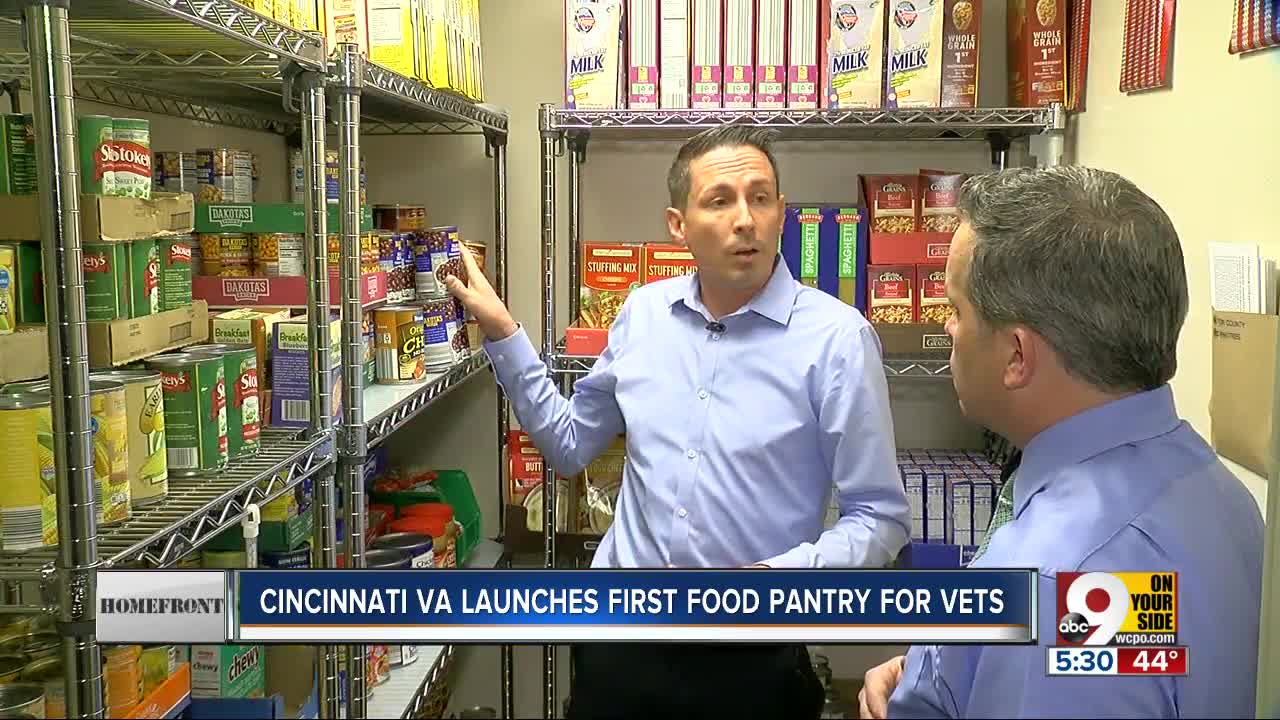 Craig McKee reports it's the first of its kind in the U.S.

CINCINNATI — The first time nurse Monique Bradley asks her patients at the Cincinnati VA Medical Center if they’re struggling with hunger at home, most say no. She sends them home with a phone number anyway. Food insecurity affects wide swathes of the United States’ veteran population, according to one Cambridge study, but she’s found their fear of judgement can throttle their ability to ask for help.

“I try to just do it,” Bradley said. “I’m not judging you, because everyone has been low. I tell them, ‘If you don’t need (the number) now, it’s there for you later.’”

The number is for the hospital’s Health Promotion Program, which oversees three local food pantries specifically for veterans and their families.

Her first-of-its-kind food pantry project started as a collaboration with Freestore Foodbank, which would drop food off in the VA Medical Center’s auditorium once each month for VA workers to distribute. The collaboration was a hit, she said, but she quickly realized she wanted more: An in-house pantry, available at all hours to any veteran who needed it.

“It looks like a little closet,” she said when she gave WCPO a look at the space. “It’s nothing great, but we feed between 100 and 150 veterans and their family every month.”

Veterans who enter the VA complaining of food insecurity can be sent home the same day with up to six meals for every person in their household. Perishables are hard to store, so the pantries rely on boxed and canned foods such as tuna, beans and vegetables. According to Kryzwkowski-Mohn, every patient who gets food also gets help connecting with community resources that can help them deal with poverty, homelessness and other issues that frequently lead to food insecurity.

“We’re not here to judge as to why they need food,” she said. “We’re here at that moment when the patient comes in, to kind of minister to that need.”

Veterans’ spouses are eligible, too.

“We had a case in which her husband had died and she had grandkids living with her, and she didn’t know what to do,” Bradley said. “She didn’t know if she was going to get a pension or anything from when her husband was in the military. She would just call up. … It kind of makes your day that you’re doing something good.”