'The Cannoli Guy' is opening a new Italian bakery in Covington

Leave your diet. Take the cannoli. 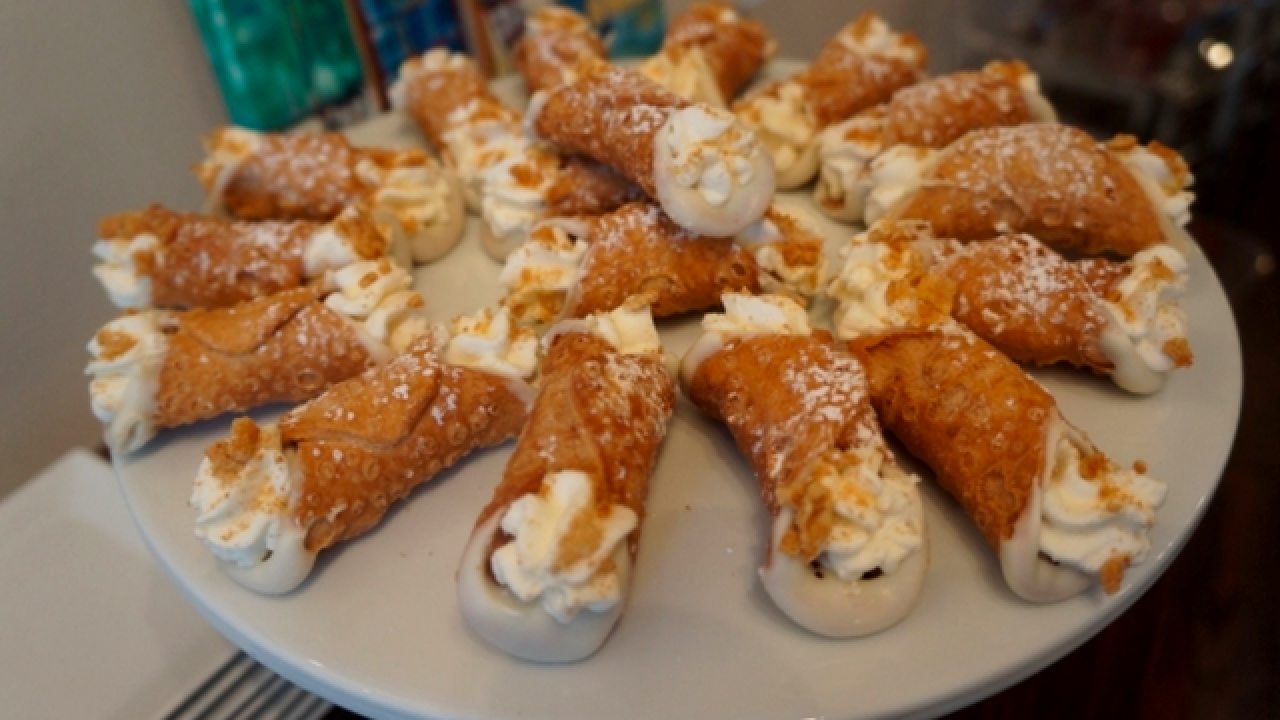 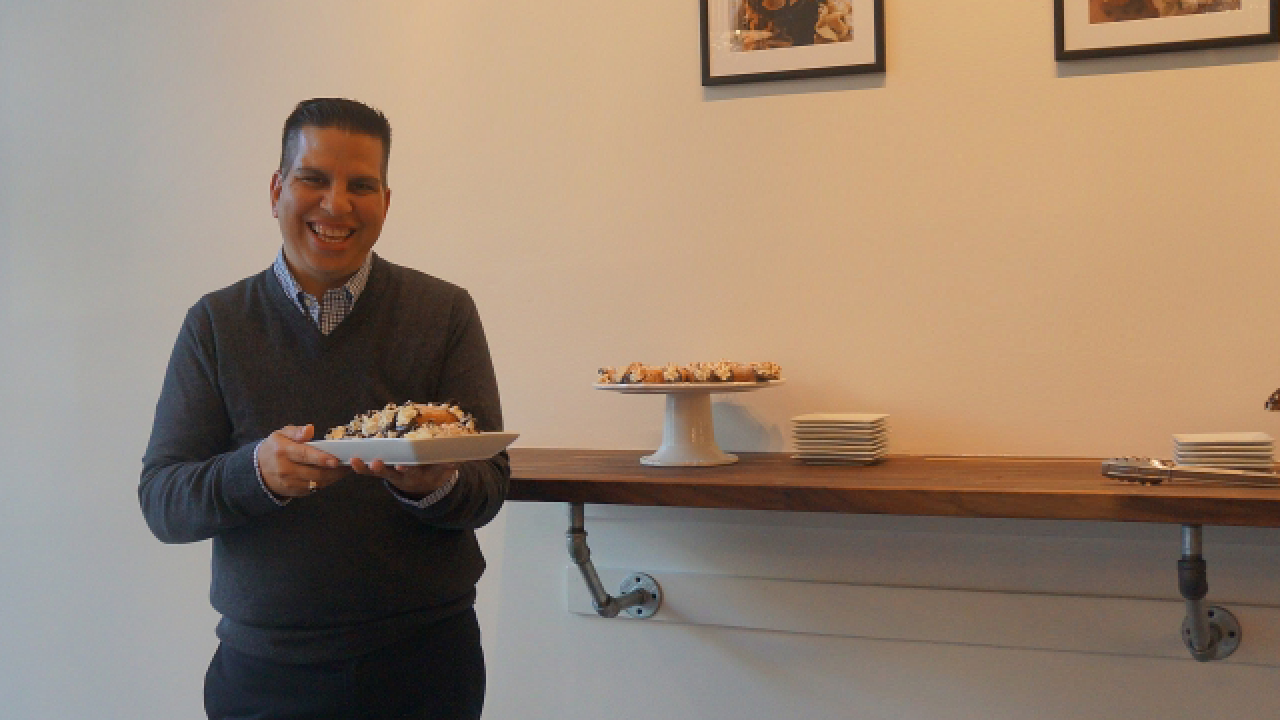 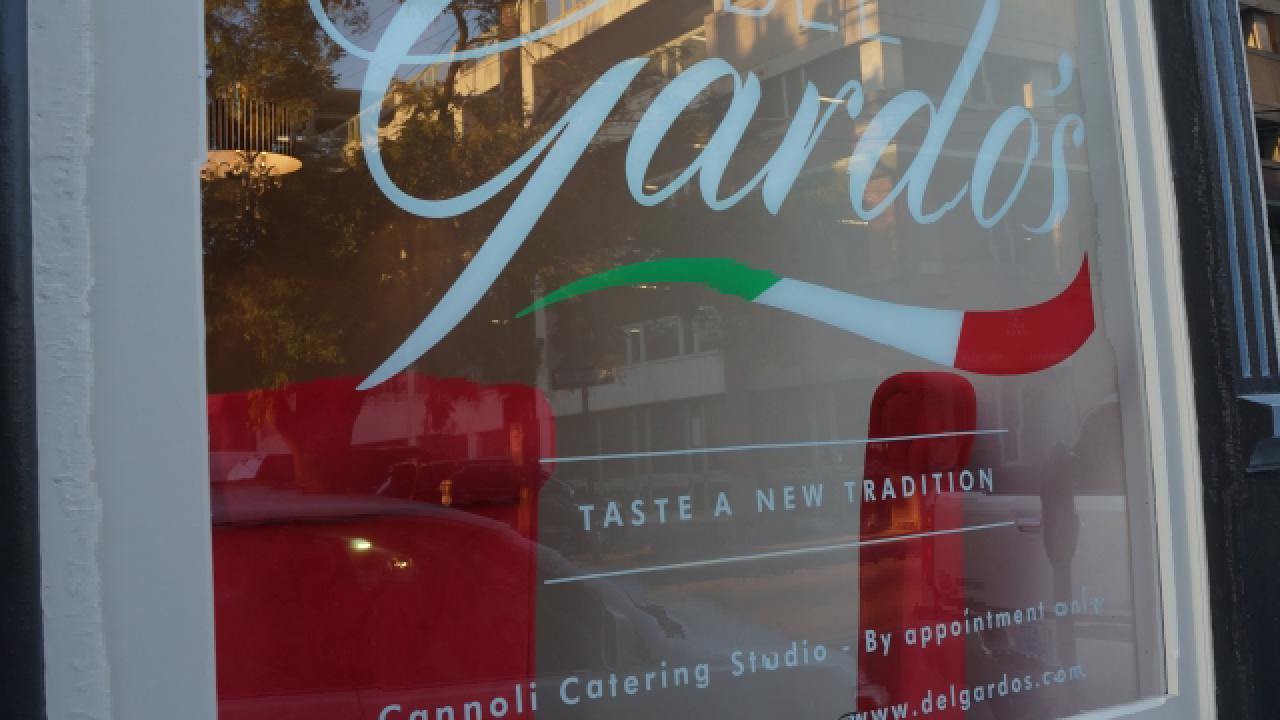 COVINGTON, Ky.-- In 2012, Steve Del Gardo found a lump in his breast. Although less than one percent of men develop breast cancer, a doctor diagnosed him and he had a double mastectomy. In 2013, Del Gardo founded Protect the Pecs and traveled around the country to educate others about the rare but deadly condition.

In 2017, Del Gardo decided he wanted to pursue his true passion: making cannoli.

His dream will be realized Oct. 4 when his namesake Del Gardo's opens on Fifth Street in Covington. At his storefront, he will make more than 34 flavors of cannoli and sell them to the public.

"I didn't think this was going to happen," he said. "I got funding from my family and they said go for it and I did. And now I'm here."

Until last year, Del Gardo -- whose heritage is Italian -- hadn't made cannoli before.

"One night I thought about what if I took the cannoli and made it more flavorful," he said. "People can go to an Italian restaurant here in town and just get a plain cannoli, but with me you get different flavors. I make it more exciting."

Using his grandfather's basic cannoli recipe as a jumping off point, Del Gardo started experimenting in the kitchen; he soon discovered his friends and family liked the results.

"It progressed and it got to a point where I thought I should do a place and wholesale to restaurants," he said. So far his cannoli has landed in Covington's Peppe Cucina -- they've been selling out, he said -- and new Over-the-Rhine ramen joint Zundo Ramen and Donburi, where he makes a special matcha-filled cannoli. (Probably the only cannoli being sold in a Japanese restaurant, he said.)

To make the desserts, he purchases pre-fried cannoli shells from Italian specialty foods company Delco Foods. For his basic cannoli, he uses sheep's milk ricotta, confectioners sugar and either adds pistachios or chocolate chips. For his custom cannoli, he uses mascarpone in the filling, which is then mixed with heavy cream, sugar and flavors.

Del Gardo said the most popular ones involve trace amounts of booze: Four Roses bourbon (it is Kentucky, after all) cannoli, and a key lime margarita cannoli. The Dirty cannoli's filling contains Captain Morgan rum blended with coconut cream liqueur and mascarpone, with crushed Oreos sprinkled on top. He's currently working on a spicy bourbon flavor, and a seasonal pumpkin-flavored cannoli.

However, as many flavors as he's succeeded in producing, he was unable to perfect a Harry Potter Butterbeer cannoli.

"The cream soda did not work well with the mascarpone," he said.

Del Gardo grew up in Long Island, New York, but moved to Kentucky more than 30 years ago. Before he got into the baked goods business, he worked in IT sales in Northern Kentucky. He picked Covington for his business home base because "it's an up and coming town" and "it has a New York feel to it."

The space Del Gardo's occupies used to be a biker bar called Floyd's 711 Club. Gone is the dive bar aesthetic, now replaced with an airy, modern-industrial-art gallery vibe of hanging light fixtures, framed cannoli photos on the wall, a comfy couch, chairs and a small counter area. "I want to see what the bikers think about this," he mused.

The studio itself will only be open for special events -- like a possible upcoming Ladies' Night, and a cannoli/bourbon pairing evening -- but people can email or call in orders and stop by to pick them up, starting Oct. 17, from 3-9 p.m. Del Gardo plans on making 500 to 1,000 cannoli to sell that day.

At the events, he'll occasionally offer coffee and complimentary alcohol, as he doesn't have a liquor license. Every week he introduces a new cannoli flavor, and he hopes to have around 50 kinds available by the end of the year. Del Gardo makes all the cannoli himself -- at the time of this interview, Crossroads Church had tasked him with an order of 250 cannoli. But he didn't seem stressed that he had to get up early the next morning and work for several hours, which is good considering his long-term goals are to open more locations, have his cannoli served in at least 10 "boutique-style restaurants," in coffee shops, and to cater weddings.

"Me being behind the counter, that's where I'm the happiest," he said. "Cooking for people and making cannoli -- I put Sinatra on and I'm in heaven."