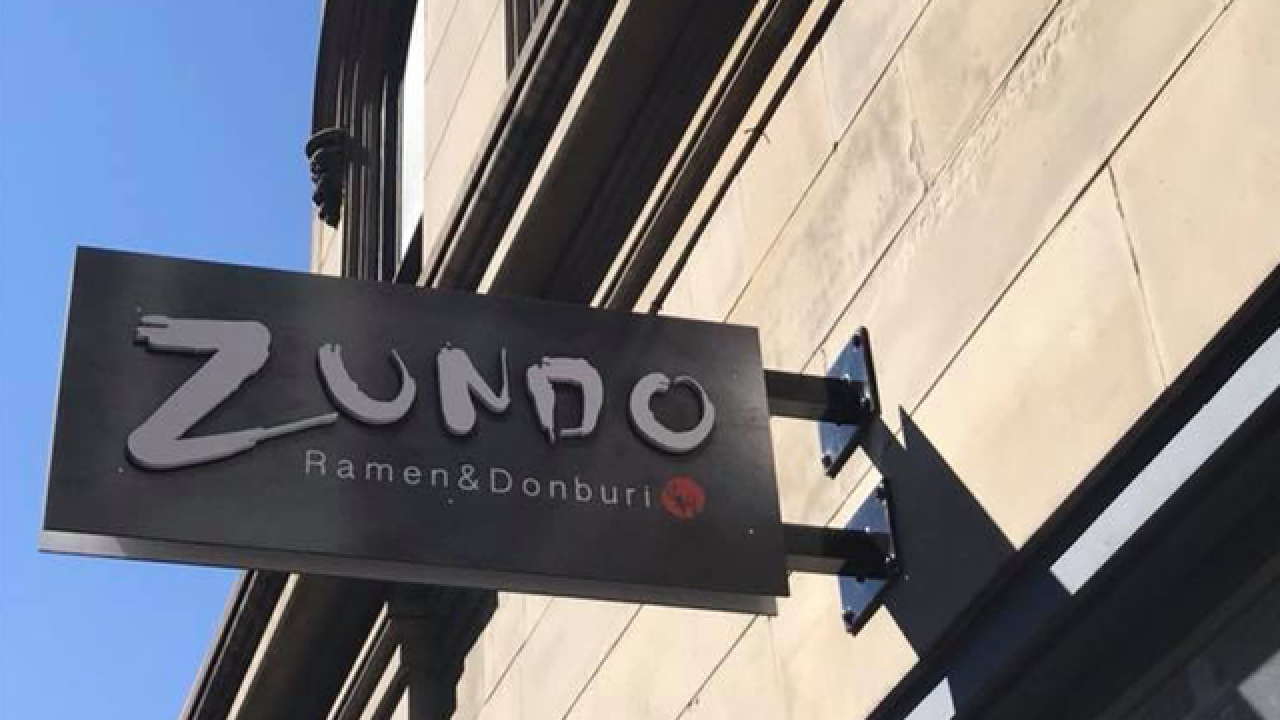 Copyright 2018 Scripps Media, Inc. All rights reserved. This material may not be published, broadcast, rewritten, or redistributed.
<p>Zundo Ramen & Donburi will open in late March or early April at 220 W. 12th St. in Over-the-Rhine. (Provided)</p>

CINCINNATI -- A longtime restaurateur is bringing his own take on two savory Japanese dishes to Over-the-Rhine.

Chef Han Lin will open Zundo Ramen & Donburi at 220 W. 12th St. in April. Zundo will be Lin's second restaurant in Greater Cincinnati. He has operated Mei, a traditional Japanese sushi restaurant in Montgomery, since 2000.

"The menu (at Zundo) will only have ramen and donburi," Lin said.

Ramen, a dish consisting of noodles in a meat or seafood broth flavored with miso or soy sauce and topped with vegetables and protein, is the more familiar dish in Cincinnati, he said.

"Cincinnati is doing the right thing with ramen," Lin said.

Donburi, a Japanese dish sometimes described as a savory stew, is made with deep-fried chicken, meat, fish or vegetables simmered together and served over rice in an oversized bowl. That bowl is also called a donburi.

"They do have donburi-only restaurants in places like L.A., New York and Tokyo," Lin said.

Lin said he traveled extensively for three years tasting and trying both ramen and donburi before deciding to open Zundo in Over-the-Rhine.

"I love the older building and the historic feel of Over-the-Rhine," he said.

With the help of Beck Architecture, Zundo is incorporating elements of the narrow first floor of the building, which was built in 1910, to create a communal dining experience.

Wood benches will line the exposed brick walls of Zundo's main dining area, which is located in the back of the restaurant. There also will be a small, elevated and partially enclosed private dining area in the same space.

When customers enter Zundo's from 12th Street, a long noodle and sake bar and open kitchen will greet them. People will be able to watch staff make their dishes. Seating also will line the bar and a window facing the street. The restaurant will seat about 40-45 people.

"Every day when people walk in they will be able to smell the delicious soup," Lin said.

Lin said that although he hasn't yet finalized the eatery's hours, he plans to keep Zundo open until 2:30 a.m. Thursday-Saturday to serve late-night crowds.