Wunderbar owners to open NY-style deli and bakery in Covington 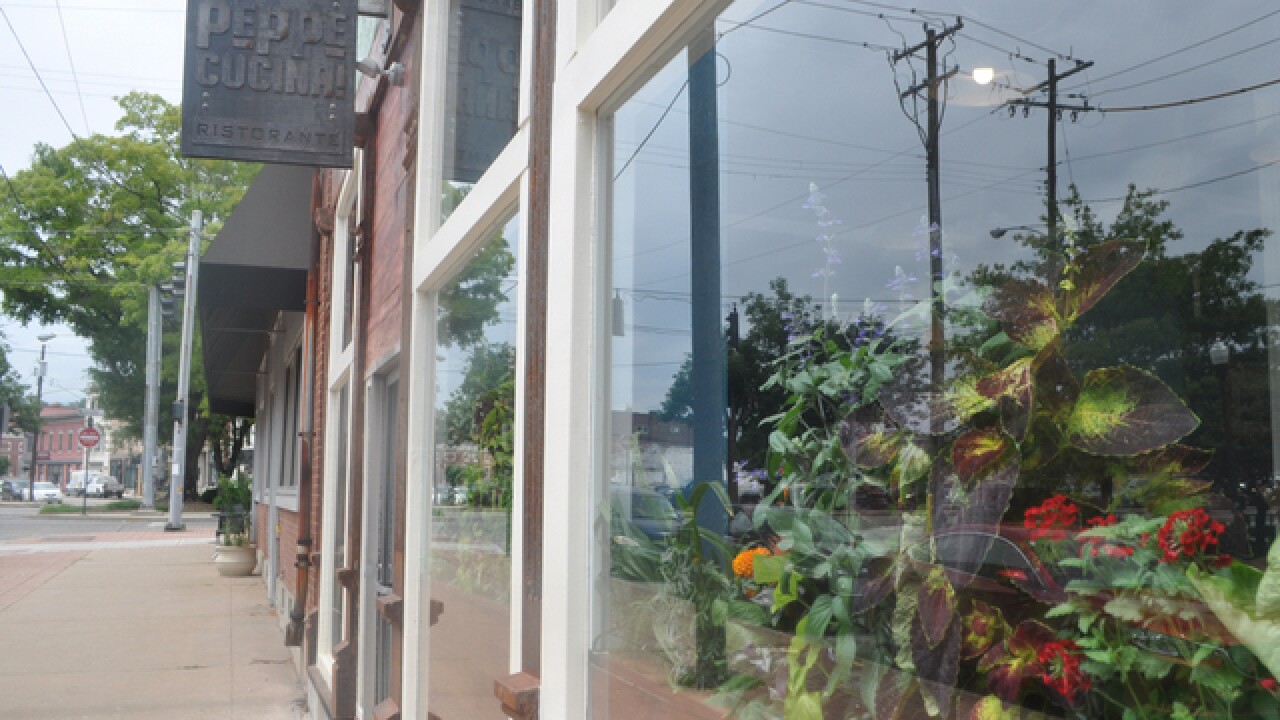 Copyright 2018 Scripps Media, Inc. All rights reserved. This material may not be published, broadcast, rewritten, or redistributed.
<p>Peppe Cucina will debut Friday at 39 W. Pike St. in Covington. (Photo by Liz Engel for WCPO)</p>

COVINGTON, Ky. – The team behind Covington's Wunderbar restaurant is adding a second concept to the city's downtown historic district – this time, a New York-style deli, bakery and grocery that they say could be a miniature version of Cincinnati's Findlay Market.

Peppe Cucina will debut Friday at 39 W. Pike St., across the street from Braxton Brewing and next door to Olde Towne Tavern.

Nathan Chambers and his business partners bought the space more than two years ago without a specific plan in mind.

At the time, Hotel Covington had just been announced. There were no signs of the many new apartments that now dot the Pike Street corridor. Covington, Chambers said, was "on the cusp."

"I was standing at Braxton one day having a beer, and my business partner and I were talking about our next venture," he said. "We've been branching out into real estate a little bit, dabbling, and I saw this building for sale by owner. He was really intrigued. I loved the location and fell in love with the floor plan.

"The more I looked at it, the more I saw a deli," Chambers added. "It looked like a deli that you would see in (New) Jersey or New York. My business partner had been living in Jersey at the time, and whenever he would come into town, he would always complain about how he couldn't find good sandwiches. So it just made sense."

The building, built in the 1850s, has been completely renovated. The space is highlighted by huge plate-glass windows that front both Pike and Seventh streets. An imported Italian oven is now an immediate focal point.

Peppe Cucina roughly translates to Joey's Kitchen in Italian – a nod to Joseph Calhoun, that aforementioned business partner. The business will feature seating for 12-16, so Chambers said the concept is largely grab-and-go.

But that's only the beginning.

This fall, Chambers will add more offerings, such as brick-oven pizzas – a rotating selection of three or four pies. There will be baked goods. Peppe Cucina also will serve wine, by the bottle and by the glass, and beer, mostly an Italian-inspired selection. He plans to grow the grocery side, too. Customers will be able to buy meats – such as pork chops, ground beef, chicken and raw sausage – as well as milk, butter, eggs, fruits and local honey.

"We think it will be a small slice of Findlay Market, right here in downtown Covington," Chambers said.

While adding another eatery wasn’t exactly the plan – Wunderbar has been up and running for six years at 12th and Lee – Chambers said he had a vision that he just couldn't let go.

"It's crazy, the amount of people who walk around here now. It's been really fun to watch this area (grow)," he said. "When we first got here, it was still quite rough. But foot traffic has improved by probably 1,000 percent. There's always joggers and people with their dogs, whole families out for a stroll. It's great, because the majority (of this) is local, small business owners, which is exactly what you want to see."