Opinion: When will be the time to discuss 'common-sense' gun laws? 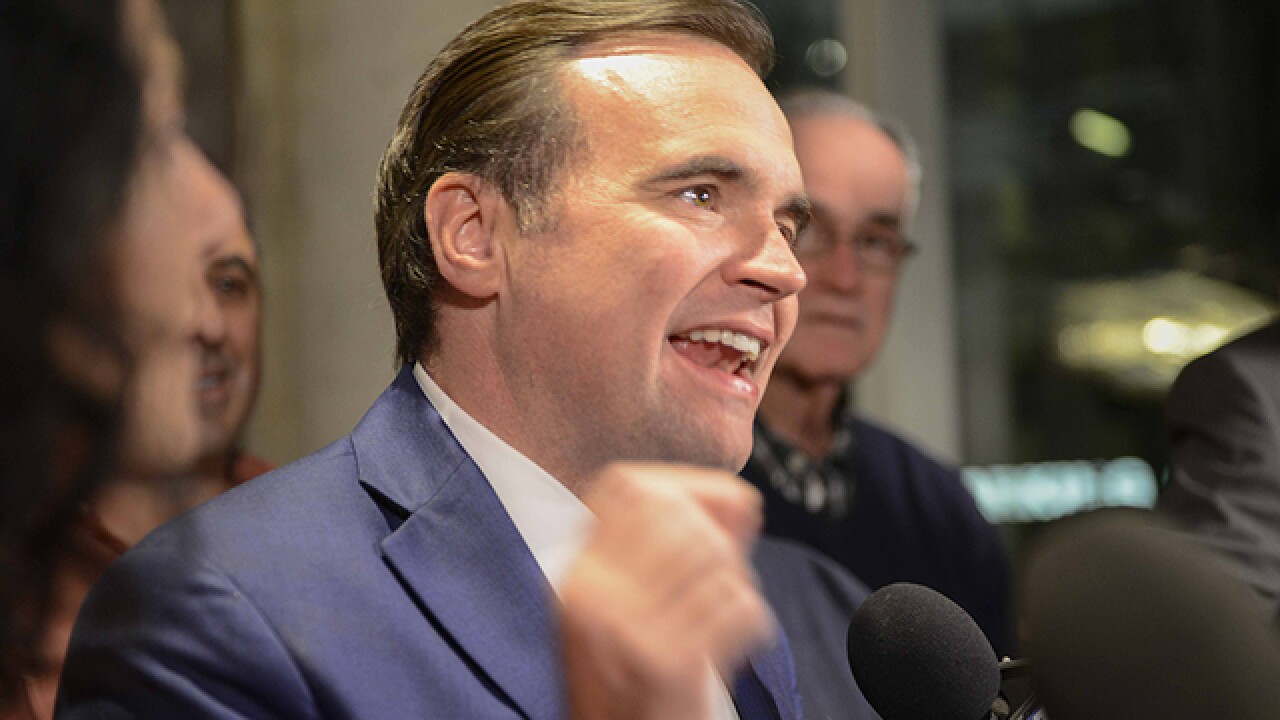 One week after two mass shootings in less than 24 hours in both El Paso, Texas and Dayton, Ohio, Cincinnati Mayor John Cranley shares his opinion on gun laws and reform.

We are flying our flags at half-staff this week for the victims of Dayton and El Paso.

And when our flags rise again, will that be the time to discuss common sense gun laws? Or will it be when we must bring them back down again in mourning?

The time to act is now. I am praying for Dayton and El Paso, but I am also demanding that our leaders in the state legislature and Congress find the courage to act to try to prevent future tragedies.

On the local level, our efforts to keep you safe are being stymied by an extremist, high-handed state government that is taking away local control. In fact, the Ohio Legislature has banned cities from enacting laws to prevent gun violence and has even threatened financial penalties.

That means when Cincinnati passed a law banning bump stocks — a device that turns a rifle into a machine gun — courts ruled that we were in violation of state law.

“The government closest to the people is the best government” used to be a conservative philosophy. Now, increasingly, right wing and NRA activists are having state and federal governments take away local control of local values which support reasonable policies that keep you safer. This is high-handed -- not democratic -- and is getting people killed.

This week, Gov. Mike DeWine proposed a statewide red flag law and expanded background checks. Red flag laws allow family members and/or law enforcement to ask a judge to temporarily remove firearms from a person who is at an elevated risk of hurting themselves or others. This is an important step toward preventing people who should not have guns—like the Dayton and Fountain Square shooters—from keeping their weapons.

I stand with Gov. DeWine in urging passage of expanded background checks and the red flag law. We also need a nationwide ban on military style assault weapons that can kill hundreds of people in a matter of minutes.

Shooters in El Paso, Dayton and Cincinnati all used guns fashioned into weapons designed to quickly murder people and came equipped with hundreds of rounds of ammunition. The right to self defense is not the right to murder. All rights have reasonable restrictions and banning assault weapons is a reasonable step to save lives. The heroics of the Dayton Police were amazing, but even getting there in 30 seconds could not stop a machine gun from shooting 36 people.

I have the honor to serve as the chair of the Mayors and Police Chiefs Task Force of the U.S. Conference of Mayors. Recently, this task force met in Toledo, where we discussed ways that mayors and other government leaders can encourage responsible gun behavior.

One of the ways that we have decided to achieve this is to form a Smart Gun Buying Consortium with mayors from across the country. Smart guns would only work if the owner fires them. This is important technology that will prevent an officer’s gun from being used against him or her—as tragically occurred to Officer Daniel Pope and Specialist Ronald Jeter in 1997—but also reduce instances of suicide in cop families (often using the officer’s gun).

Government buys 40 percent of the guns in the U.S. but has not made full use of this market leverage to push the gun industry to improve its products and practices. Big gun companies and the NRA have resisted developing smart gun technology, so we intend to work with startups to do it ourselves. Our consortium will collectively purchase smart gun technology, such as gun locks that unlock with a fingerprint, and will have our police officers test these products to give the companies feedback to improve the products that are available to us.

Just like cities have buying power, you have voting power.

When you vote you can elect leaders who are NOT bought and sold by the gun lobby. Random mass shootings, which plague our nation, are not normal and we as a country cannot allow them to be normalized.

Our country is the only first-world nation with this level of mass shootings. This is an American problem, that we as Americans must solve by putting ideology last and human life first. We do not have freedom if we are not free from madmen unleashing deadly gun violence and terror where we learn, pray and live.