Editorial: Is this an epidemic or not? 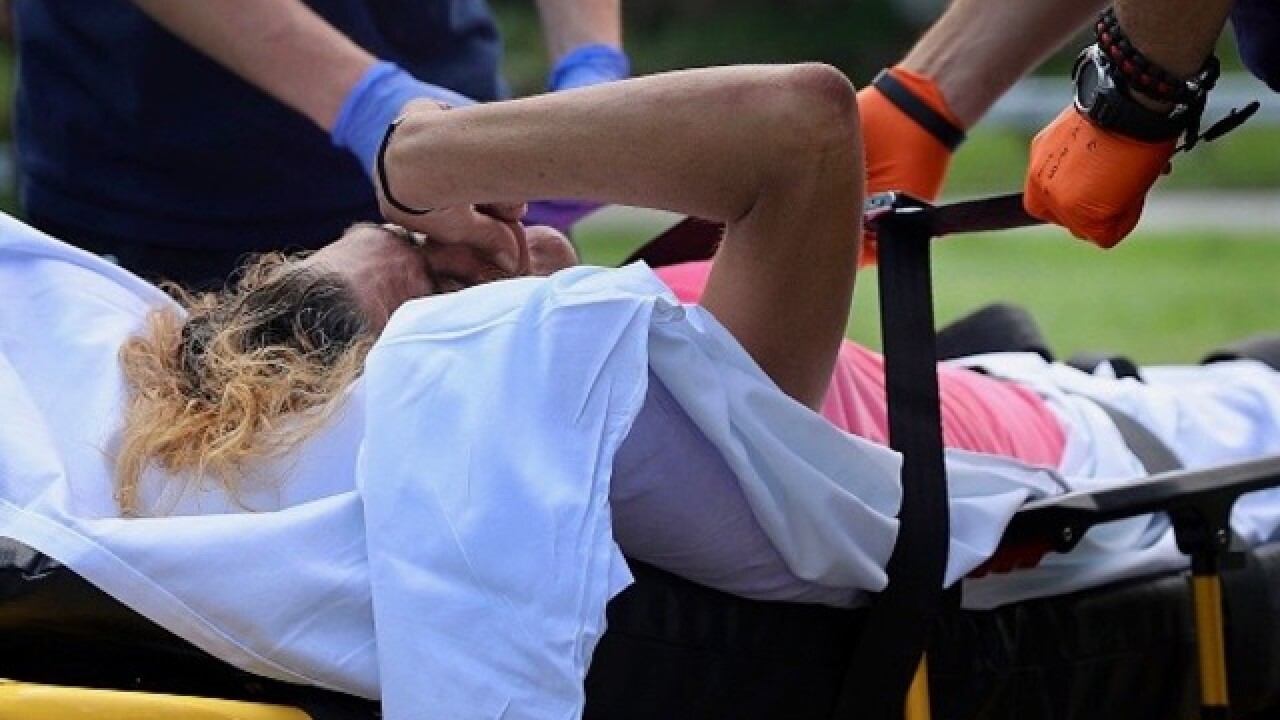 Copyright 2018 Scripps Media, Inc. All rights reserved. This material may not be published, broadcast, rewritten, or redistributed.
Spencer Platt
WARREN, OH - JULY 14: Medical workers and police treat a woman who has overdosed on heroin, the second case in a matter of minutes, on July 14, 2017 in Warren, Ohio. According to recent statistics, at least 4,149 Ohioans died from drug overdoses in 2016, a 36 percent leap from just the previous year and making Ohio the leader in the nation's overdose deaths. (Photo by Spencer Platt/Getty Images)

This editorial is part of the WCPO.com project Heroin: How Do We Respond?

Like each of the last 10 years before it, 2017 was a very bad year for drug overdose deaths.

Hamilton County Coroner Lakshmi Sammarco  announced the year's death toll Tuesday: 529 people died from a drug overdose in the county, an increase of 31 percent from the year before.

Other counties will be releasing their 2017 overdose death numbers soon. In January, we canvassed the county coroners around the region and found that most are expecting another 20 to 30 percent increase in drug deaths in 2017, mostly from heroin, fentanyl or some other opioid.

The trend is clear: 2017 was yet another year when the death toll increased significantly.

That raises this question: Is this an epidemic or not?

The Centers for Disease Control and Prevention called the opioid crisis an epidemic back in 2011.

The death toll is sickening.

In Ohio, the number of overdose deaths has tripled since 2011, when Gov. John Kasich took office.

In Kentucky, overdose deaths increased 31 percent from 2012 to 2016. In Indiana under former Gov. Mike Pence, now the vice president of the United States, opioid deaths more than doubled.

These types of increases were unacceptable five years ago.

Today, they are unconscionable.

Not since the AIDS epidemic has so little been done for so deadly a problem.

Funding to expand treatment has been slow in coming, and -- as yet another year of double-digit increases in deaths shows -- not nearly enough.

Communities here have been reluctant to accept needle exchanges , which aren't even a solution, but only a way to contain the damage.

Our hospital systems, wealthy and robust as they are, have been slow to take the lead on this complicated disease, addiction, which is killing people by the thousands.

In addition to Hamilton and Butler, here are preliminary 2017 overdose deaths by county:

The rate of death from drug overdoses in Ohio is the second-worst in the nation.

Twenty months ago, we called on Kasich to use his executive powers to declare an emergency in Ohio over the drug epidemic.

He has refused to do so, despite other legislators taking up that call and despite five other governors doing so in their states, states where the death rates from drugs aren't as bad as Ohio's.

In October, President Trump declared a public health emergency, but so far, it's been mostly words. One member of his White House Commission on Opioids called the work of that group "a charade" and "a sham."

"Everyone is willing to tolerate the intolerable -- and not do anything about it."

There has been some progress.

The Kasich administration says it is treating the crisis "like an emergency" and has started projects that include increasing access to the lifesaving drug naloxone. The hospital systems are beginning to coordinate with treatment centers to provide care for people who survive overdoses. Two federal laws passed in 2016 opened the door to more funding for treatment.

But it's not enough.

Sandi Kuehn is the CEO of the Center for Addiction Treatment, better known as the CAT house, one of the main treatment centers in Hamilton County. She put the new funding into perspective.

A one-year national grant of $500 million, which the 21st Century CURES Act enabled, sounds like a lot. But only $45 million came to Ohio; and only $11 million was distributed to the state's 88 counties. Hamilton County was one of the leading recipients of that funding.

How many more will die before we respond with enough resources?

"There needs to be an immense expansion of drug treatment," said Dr. Judith Feinberg, a Cincinnatian and nationally known expert in addiction and disease. "There's nowhere near enough spots for the number of people who need treatment."

"If we don't pour appropriate resources into the situation, it's only going to get worse."