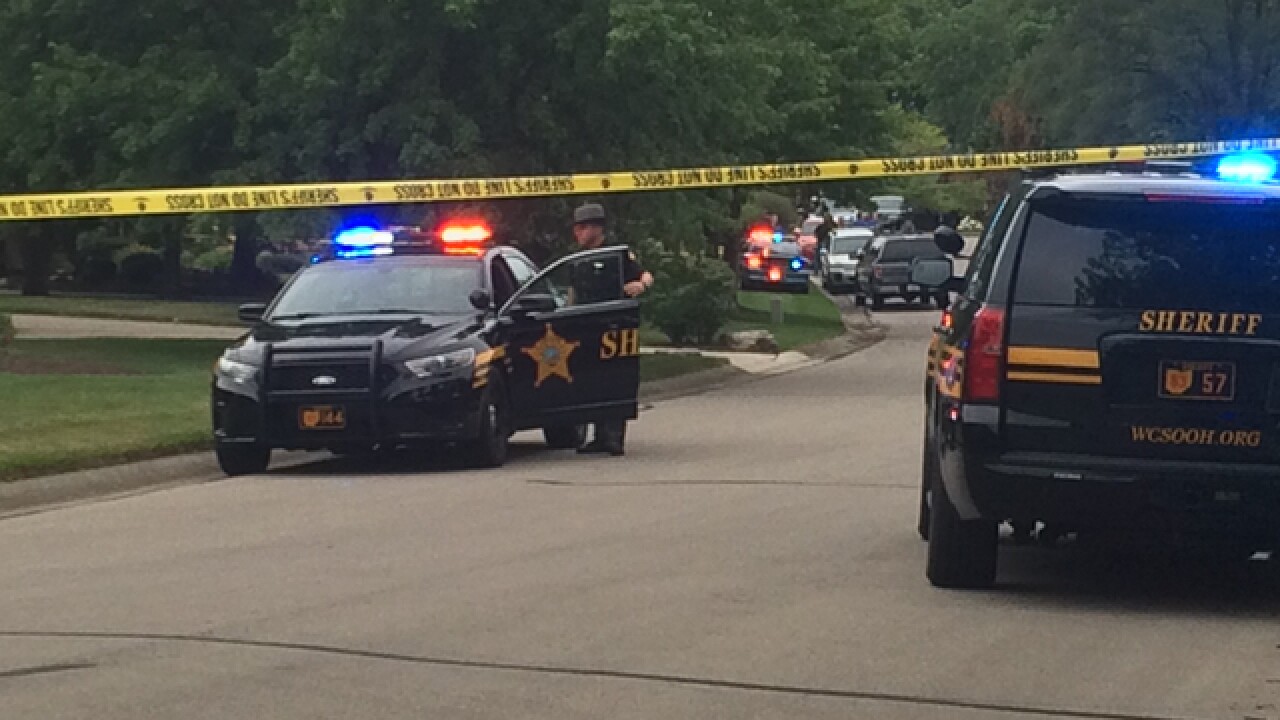 Eric Walker, 33, shot Lauren Walker, 32, in the head, Clearcreek Township Police Sgt. Curtis Hensley said. She was flown by helicopter to Miami Valley Hospital, and Hensley said she was in critical condition overnight.

Eric Walker was dead in the driveway when police arrived. He and Lauren Walker were in the process of divorcing.

Lauren Walker's brother, 33-year-old Justin Michel, was shot in the groin, and he was driven to an area hospital, Police Chief John Terrill said.

The shooting occurred at about 6 p.m. Saturday in the driveway outside a home in the 1300 block of Whispering Woods Lane. Both Walkers and Michel lived at the home. Children and others were inside at the time.

PD: Man shot estranged wife & brother-in-law. Shooter shot himself. The woman and her brother are at hospital @WCPO pic.twitter.com/bEpfxz5lxi