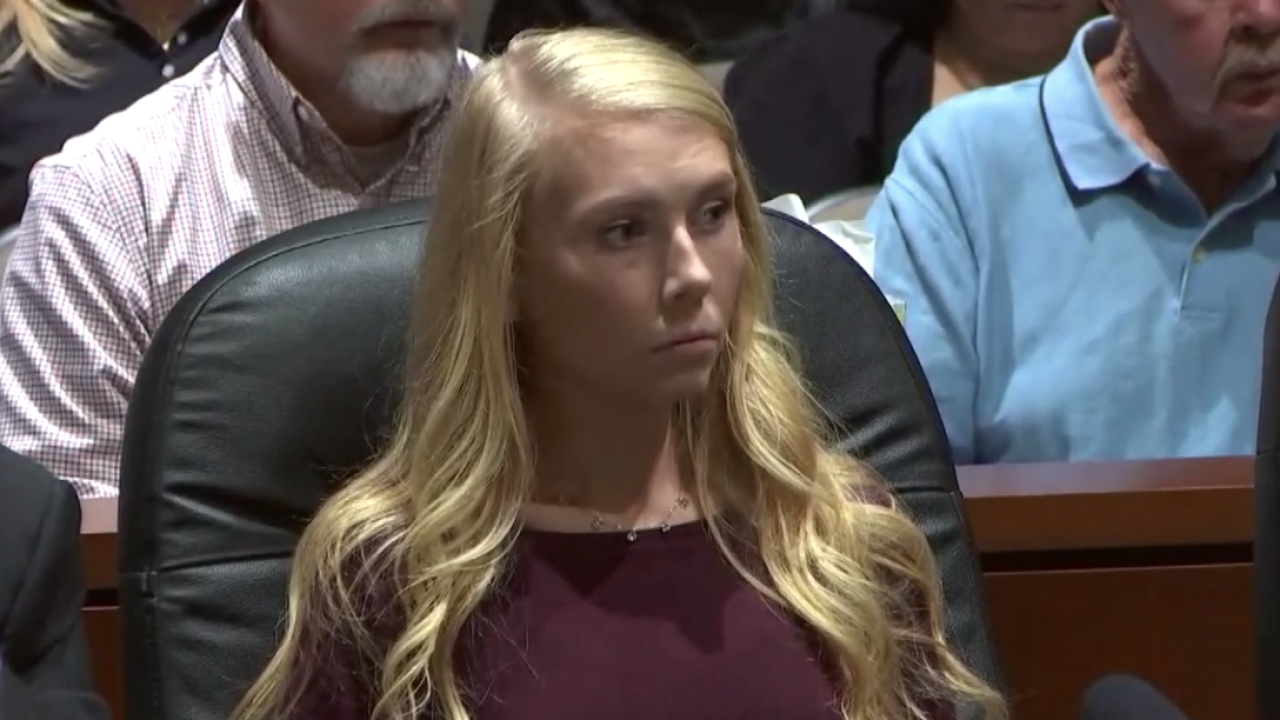 Court TV
Brooke Skylar Richardson in a Warren County courtroom on Sept. 6, 2019, the third day of her trial. 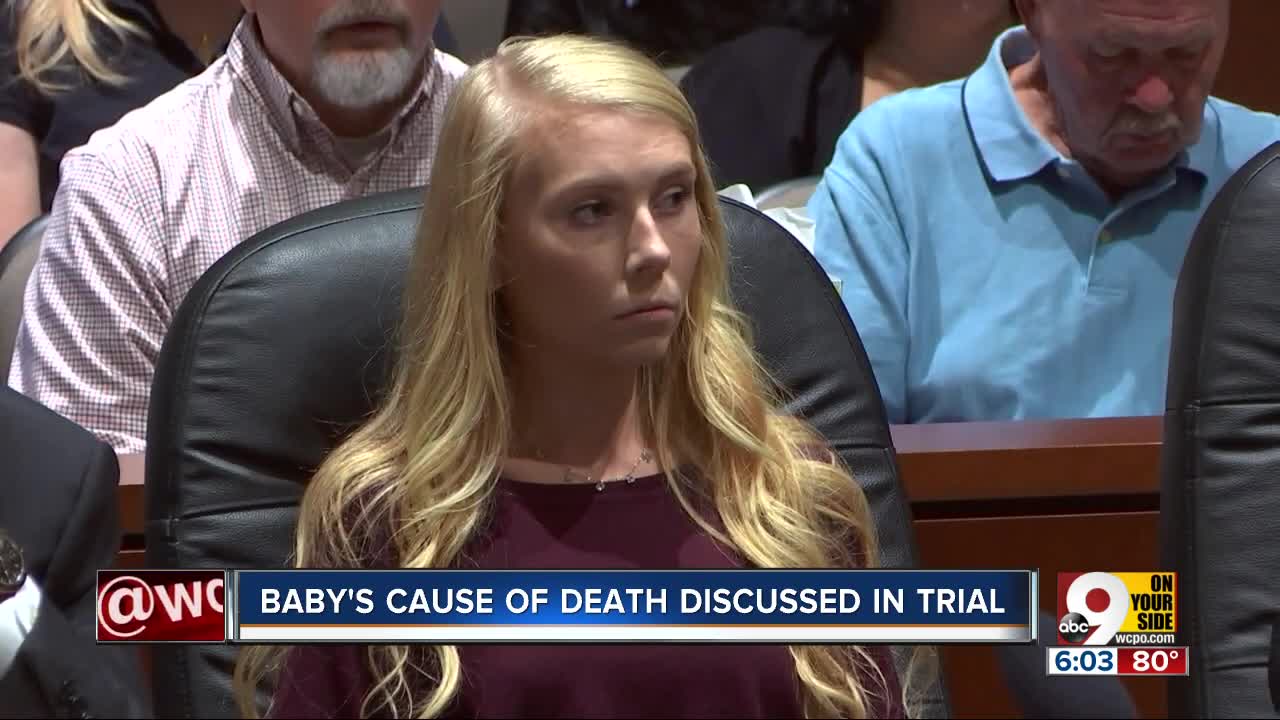 LEBANON, Ohio — A forensic pathologist said Brooke Skylar Richardson’s newborn daughter died as a result of "homicidal violence," but she said she can’t determine how exactly the baby died.

Dr. Susan Brown, a forensic pathologist with the Montgomery County Coroner’s Office, testified on Friday morning in Richardson’s murder trial. Richardson, now 20, is accused of killing her baby and burying her on the outskirts of her family’s property in 2017.

Brown performed the autopsy on the skeletal remains of Richardson’s newborn and found six fractures on two of the newborn’s skull bones, but she said she cannot determine if the bones were fractured before or after death. Brown also said she did not use a dissecting microscope to examine the bones, only her eyes.

Dr. Krista Latham, a forensic anthropologist at the University of Indiana, wrote in a report that the skull fractures occurred after the baby died. Latham said she could not find any trauma that could have contributed to the newborn’s death.

Brown said she ruled this case a homicide based on the exam of the baby’s remains and what Richardson said in her interview with police. She said all of the evidence — information from the scene, police interview, anthropology report and autopsy report — points to a death caused by homicidal violence, but she can’t determine the exact cause of death.

Richardson is noticeably upset as the state presents the photos of her baby's skeletal remains. She is shaking a bit, almost trembling. @WCPO pic.twitter.com/l8pv6YJUa1

Richardson’s attorney, Charles Rittgers, said Brown didn't do enough evaluation before making her determination. Brown said she did what she could, given that she could not examine the baby at the time of death.

Brown said she did what she could since she was unable to examine the baby at the time of death. All that was left of the baby, other than bones, was hair a small piece of "fatty tissue," she said.

Rittgers also accused Brown of confirmation bias and alleged she ignored Richardson’s statements to police about the baby being white and not breathing.

"I did not ignore facts," Brown said.

Brown said Dr. Elizabeth Murray, a forensic anthropologist, believed the newborn was 38 to 40 weeks at birth. Murray examined the bones twice, Brown said. The second time, Murray said she believed the bones had been burned, but Brown said Murray later “backed off” that opinion.

Latham also measured the newborn's bones and determined she was 38 to 40 weeks old when she died. Latham said she examined all of the bones except for three ribs, 4 vertebral arches, 3 vertebral bodies, 8 finger bones, left tibia and fibula and all of the bones of the ankles and feet (those bones were not present for her analysis.) About three to five percent of the remains were covered in tissue, Latham said.

Richardson’s defense team said a fundal height measurement taken at her April 26, 2017 OBGYN appointment could indicate intrauterine growth restriction, which occurs when an unborn baby does not grow at a normal rate.

Rittgers references a police report in which Trey Johnson, the baby’s father, said he was intimate with Richardson in the end of July and early August. Rittgers said this would mean Richardson was 39 to 40 weeks pregnant when Dr. William Andrew measured her fundal height at 32 weeks on April 26, 2017. Richardson gave birth on May 7, 2017.

Dr. William "Kim" Brady, an expert in maternal and fetal medicine, said intrauterine growth restriction cannot be determined by fundal height (the distance from the pubic bone to the top of the uterus).

Richardson’s defense team has also pointed to her history of eating disorders and how that could contribute to a stillbirth.

Brady said Richardson’s blood work was in a “completely normal range” at her April 26 appointment, and that there was nothing that would indicate a “nutritional issue.”

Prosecutors showed the jury Richardson’s first interview with investigators on Thursday. In the video, a tearful Richardson told authorities that she “didn’t really want to have” her baby but she “never meant to hurt her.”

Authorities conducted the first interview on July 14, 2017, more than two months after Richardson gave birth alone in her home in the middle of the night.

Richardson said she didn’t tell her parents she was pregnant, but she knew she was far along when she went to Hilltop Obstetrics & Gynecology in April because she was “really big.” Andrew confirmed she was pregnant at that appointment.

She said she had to bury the newborn because she “couldn’t tell anybody.”

“Is that really bad … I didn’t mean any harm to her. Are you going to put me in jail because of that?” Richardson asked.