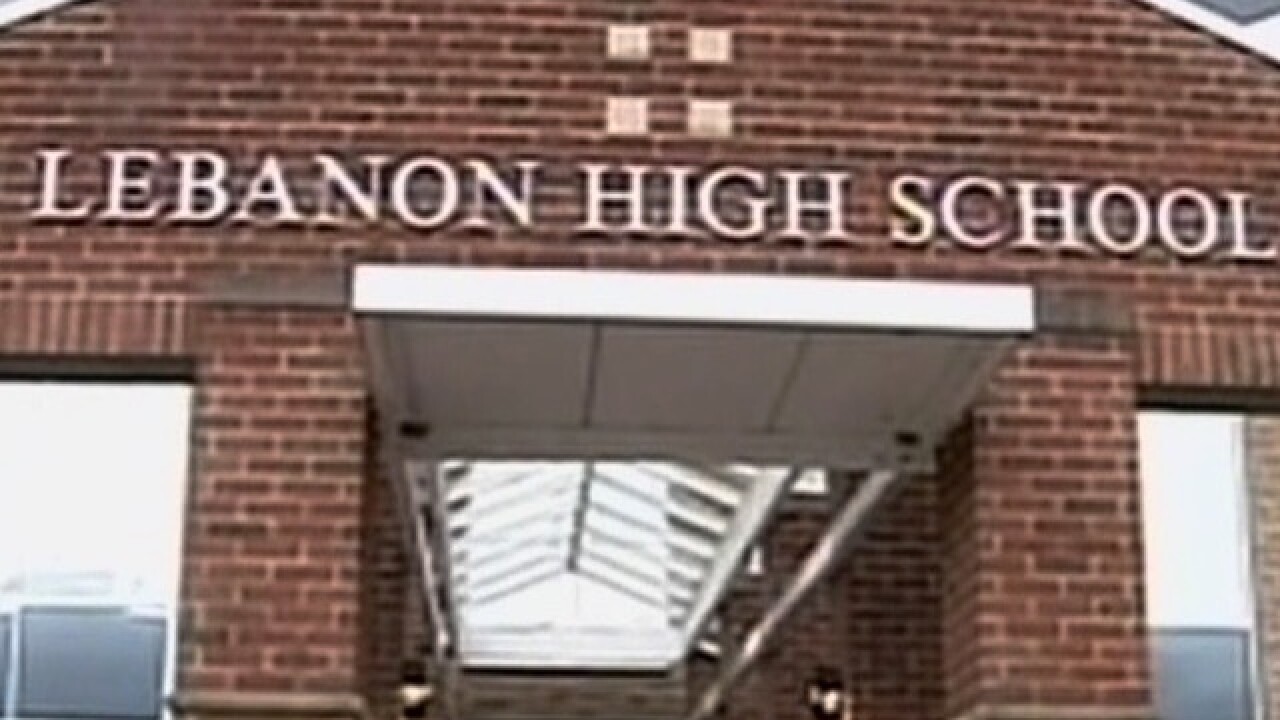 LEBANON, Ohio -- Police have arrested a male juvenile in connection to the slew of school threats made against Lebanon High School and Lebanon Junior High School this week. Lebanon police said he will be charged with inducing panic.

Lebanon High School was evacuated Wednesday for the third in a week due to school threats.

Administrators said they were unsure if the threats are credible, but they were "not taking any chances."

All high school and junior high school students were bussed home or picked up by their parents at around noon Wednesday.

These threats were made soon after Warren County Prosecutor David Forshell issued a statement about charges associated with making a school threat.

"Neither the school districts nor law enforcement has any way of distinguishing between a credible threat, a troubled student simply acting out, or a 'bad joke,'" Fornshell said. "As the recent shooting at Madison High School demonstrates, these incidents can happen anywhere at any time, and therefore the school districts and law enforcement must treat each threat as if the safety of all students is at risk.

"In doing so, the education of our students is put on hold, and law enforcement personnel are pulled away from their daily efforts to keep our community safe."

Fornshell said the county has prosecuted at least 17 juveniles for making school threats.

"These threats have come in various forms including verbal, notes, writings on restroom walls, social media postings, and actual possession of weapons on school grounds," he said. "Charges against the aforementioned 17 juveniles have included Inducing Panic (School Grounds) and Illegal Conveyance of Weapons (School Grounds), both felony-level offenses."

Fornshell said the protocol for felony charges against juveniles is immediate arrest and detainment, a psychological examination and, if he suspect is found guilty, a recommended 90-day sentence.

A Springboro teen was charged with inducing panic, a second-degree felony, in Warren County after a school threat was made at his high school.

"This policy will be enforced regardless of whether the threat is subsequently determined to be credible, or simply a bad joke, Fornshell said. "Our patience has run thin. Enough is enough."