Pike County sheriff pleads not guilty to all charges, surrenders keys to courthouse 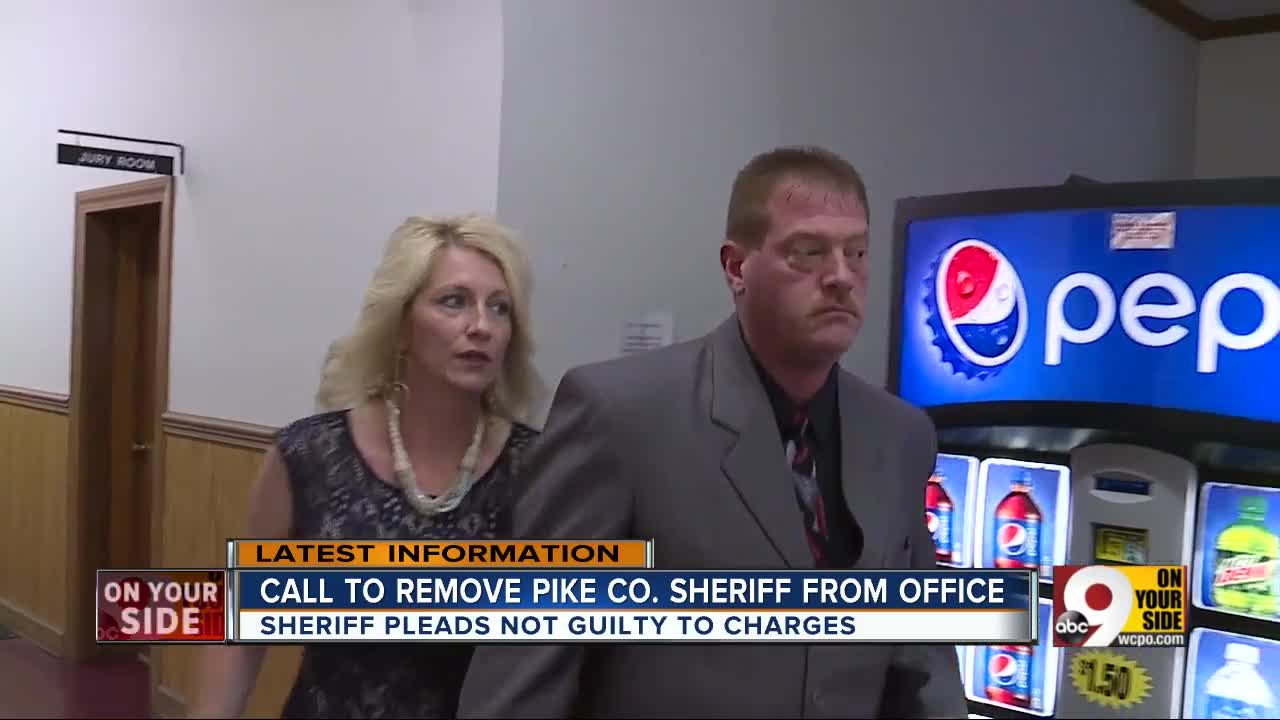 A judge ordered Sheriff Charles Reader be released on his own recognizance but ordered the sheriff to surrender his keys and key fob to the Pike County courthouse. 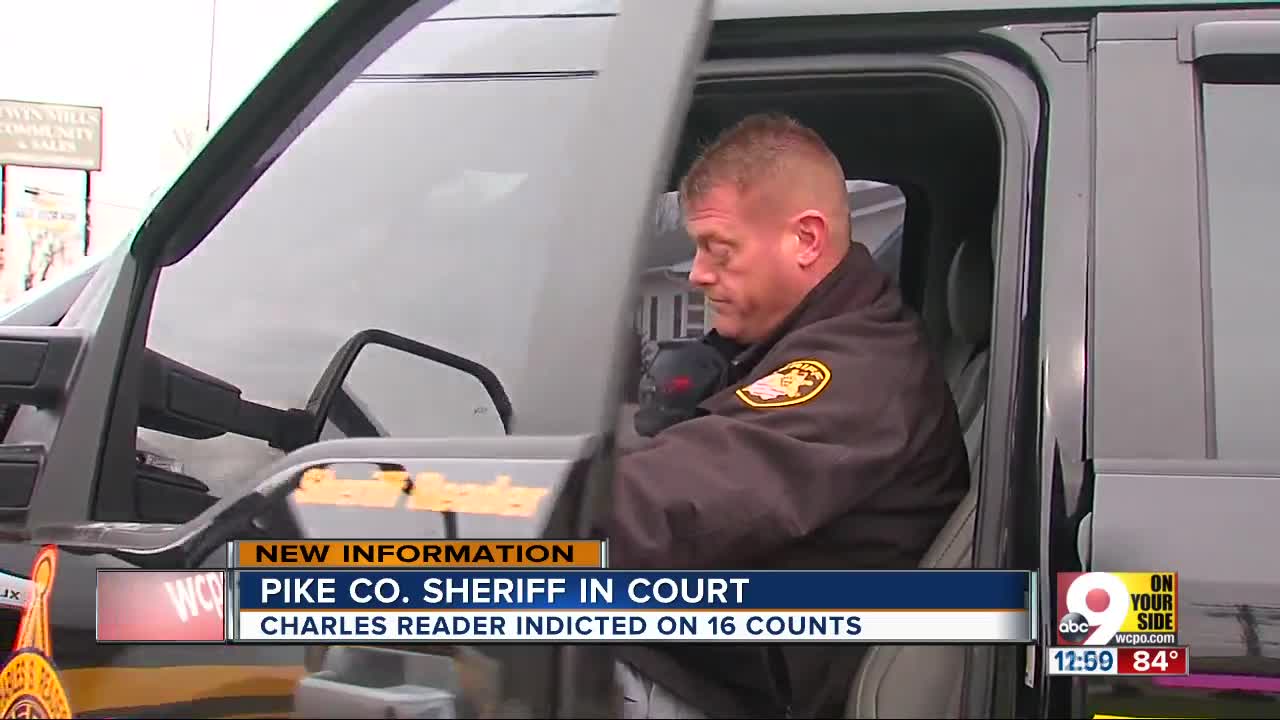 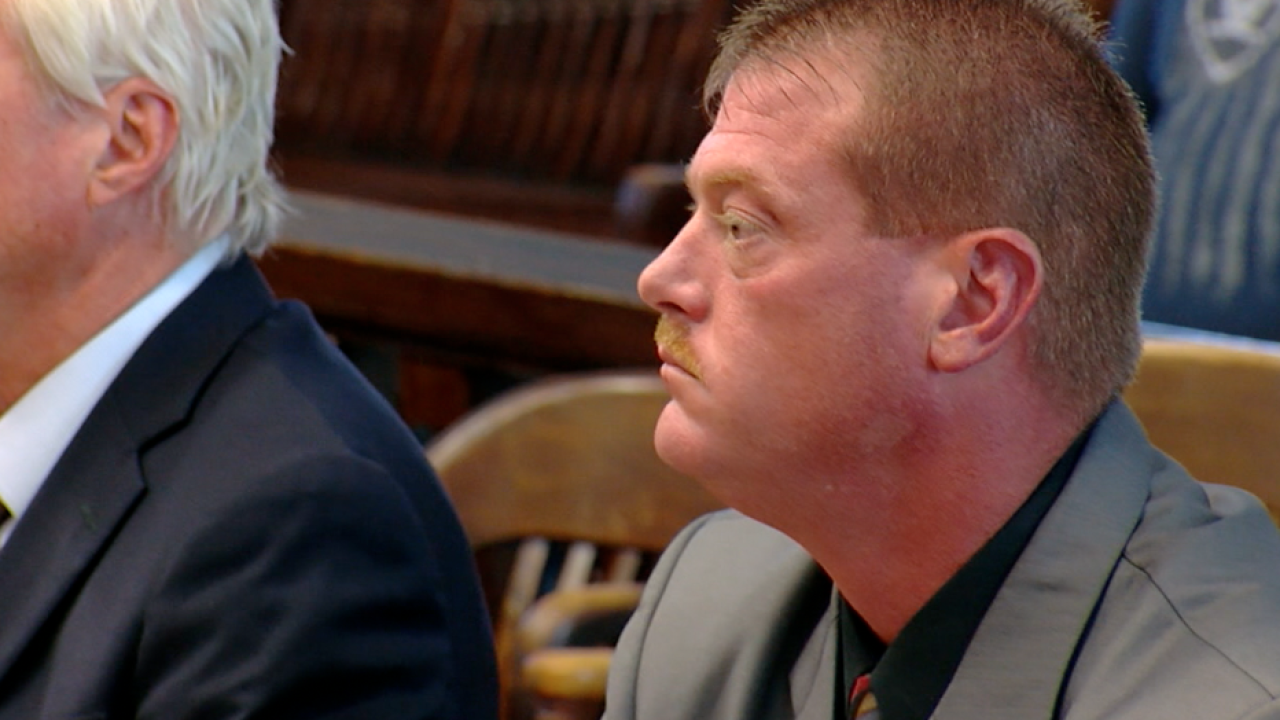 WAVERLY, Ohio — Sheriff Charles Reader, the sheriff who oversaw the investigation into the Pike County massacre, pleaded not guilty to the 16 charges against him during his minutes-long arraignment Tuesday morning.

The state auditor also began the process of attempting to suspend Reader as sheriff while the case is in court, and Ohio Attorney General Dave Yost has called for his removal from office.

A judge ordered Reader be released on his own recognizance but ordered the sheriff to surrender his keys and key fob to the Pike County courthouse.

Reader is accused of using his authority in office to aid in committing three thefts between $1,000 and $7,500, according to the Pike County grand jury indictment.

The indictment also charges Reader with:

Retired visiting judge Christ Martin took over the case. Judge Randy Deering - the only common pleas court judge in Pike County - recused himself because Deering is hearing the murder cases against four members of the Wagner family charged with killing eight members of the Rhoden family in 2016.

Judge Martin issued a gag order on social media and electronic communication on Reader and the state’s witnesses in the case. The extent of the gag order remains unclear. Martin also ordered Reader to have no contact with any witnesses on the witness list.

The office of Ohio Auditor Keith Faber filed a motion with the Ohio Supreme Court Monday to begin suspension proceedings against Reader, according to a news release.

"The details of this case demonstrate that Charles Reader has abused his position for personal gain and violated his oath to faithfully and lawfully serve the people of Pike County," Faber said in a written statement. "His suspension is necessary to restore the trust of the public in the members of law enforcement that have sworn to protect and serve them."

Reader is presumed innocent until convicted by a jury, the release said.

"Sheriff Reader violated the public's trust when he used his office to benefit himself rather than the public," Yost said in a written statement. "Reader has been credibly accused and indicted. Under these circumstances, I don’t see how he can be an effective law enforcement officer."

#BREAKING : @Yost4Ohio is calling for the removal of Pike Co Sheriff Charles Reader who pleaded not guilty to 16 count indictment a bit ago - Reader just signed his bond and told us “no comment” on removal proceeding - @wcpo pic.twitter.com/utP6nLnkNM

"The Sheriff has built his life on the justice system and he deserves due process. Any proclaimed steward of justice who does not believe in our country’s core-belief of innocence until proven guilty should not be an office holder, themselves. If Auditor Faber doesn’t agree with our democracy and the presumption of innocence, perhaps he should resign and defect to a country more aligned with his beliefs."

Myers added, "It is not appropriate for Attorney General Yost to opine on any proceedings in this case."

Last week, Yost said Reader's indictment would not have any impact on the prosecution's cases in the Pike County massacre trials.

"This will have no impact on the Wagner capital murder cases, as Sheriff Reader was not the primary witness for any issue of fact or law," Yost said in a statement. "Ohio sheriffs act with integrity and honor, and this rare occurrence does not reflect the excellent work they do daily throughout their counties."