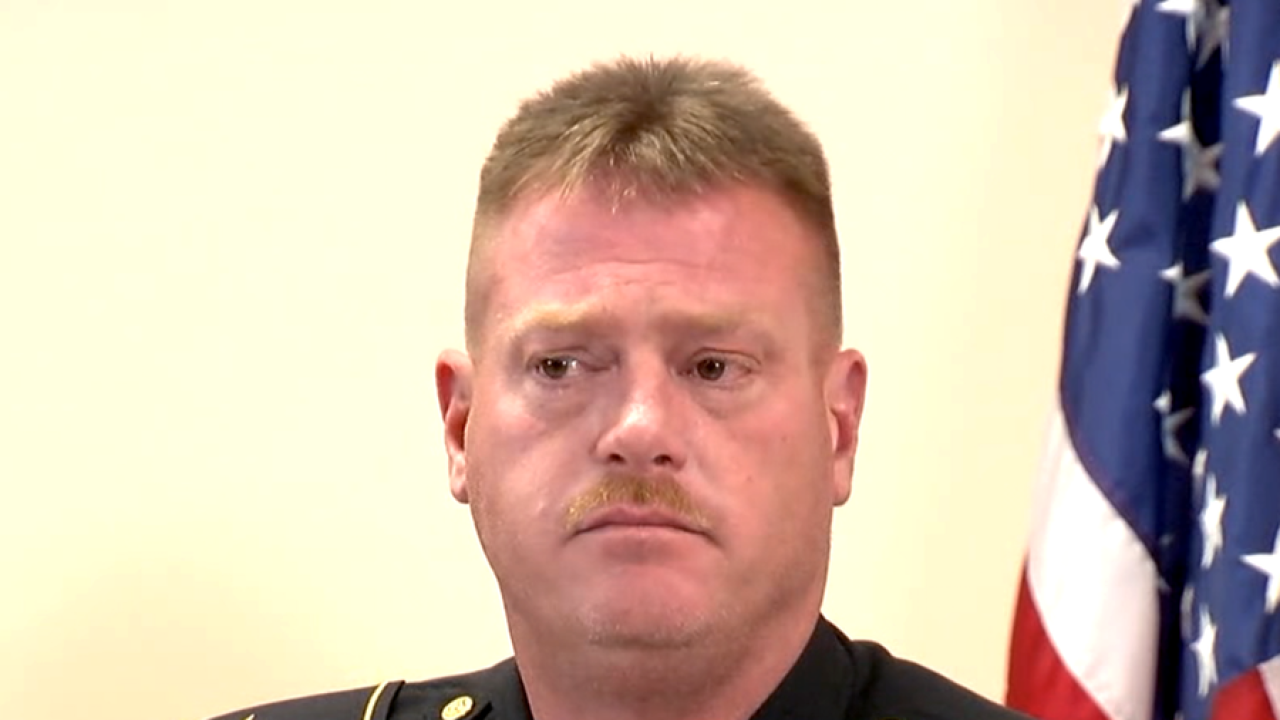 WAVERLY, Ohio — The sheriff who oversaw the investigation into the Pike County massacre was indicted Friday on 16 counts including theft in office, conflict of interest and tampering with evidence.

The WCPO I-Team first reported on the investigation into Pike County Sheriff Charles Reader last December. An anonymous complaint alleged that Reader stole money confiscated from drug busts to fuel a gambling addiction, allowed his daughter to drive impounded cars, took illegal loans and created an atmosphere of terror within the sheriff’s office.

Ohio Attorney General Dave Yost said Reader's indictment would not have any impact on the prosecution's cases in the Pike County massacre trials.

“This will have no impact on the Wagner capital murder cases, as Sheriff Reader was not the primary witness for any issue of fact or law," Yost said in a statement. "Ohio sheriffs act with integrity and honor, and this rare occurrence does not reflect the excellent work they do daily throughout their counties.”

Court officials will have to find a new judge for Reader's case, however. Judge Randy Deering - the only common pleas court judge in Pike County - recused himself because Deering is hearing the murder cases against four members of the Wagner family charged with killing eight members of the Rhoden family in 2016.

Court officials said they expected a new judge to be named in time for Reader's scheduled arraignment at 10 a.m. Tuesday.

Auditor of State Keith Faber, who provided a special prosecutor to investigate Reader, released the following statement about the indictment:

“This has been a long and intensive investigation with unfortunate and very serious results. It is our job to hold public officials accountable and root out fraud, waste, and abuse in our communities. We do not take these charges lightly and recognize that no one is above the law. While this is a major step toward seeking justice, our team is fully prepared to present these findings to a jury as this matter moves forward.”

Governor Mike DeWine, who played a large role with Reader in the massacre investigation while DeWine was attorney general, declined comment on the indictment through a spokesperson.

A sheriff's spokesman told the I-Team he couldn't comment on whether Reader would resign.

"I can't speak to the sheriff's intentions on that," Derek Myers said. "I just know that the deputies are going to continue to respond to calls."

Reader was still on the job, Yost said Friday. Reader was summoned to court and was not under arrest, but the sheriff could be suspended or removed from office.

Under Ohio law, the Ohio Supreme Court could suspend Reader if the special prosecutor requests. In addition, the governor or special prosecutor could file for removal proceedings, which would be tried in common pleas court by a judge or jury depending on the requestor.

Asked if the auditor's office would request the Supreme Court to suspend Reader while the case is in court, a Faber spokesperson replied: “We are aware and considering the process for the suspension of elected office holders. We have previously utilized that process.”

Pike County Commissioner Blaine Beekman told the I-Team he's shocked and worried about the impact Reader's indictment will have on the small, rural community.

"Surprised and stunned. You don't expect anything like this," Beekman said. “You don't want to arrive at any conclusions because we don't know the facts.

"We're right in the midst of the Union Hill Murder trials. It's not like we're getting good publicity anyway. We also have huge economic issues right now, budget issues, so it's like you can't be proactive because everything is causing you to be reactive."

The anonymous complaint last year to then Ohio Auditor Yost's office said, “Reader just does whatever he wants and no one ever calls him on it ... We are scared to death of him ... He is unstable and threatens people.”

The complaint accused Reader of keeping cash confiscated in drug cases in a safe in his office that only he could access.

Boulger told the I-Team he believed the issue "could be cleared up pretty quickly."

Pike County Commissioner Tony Montgomery, who said Junk informed him Dec. 14 there were search warrants and subpoenas issued for the sheriff’s office, was unenthused to see more news come out of his area.

“This is the last thing we need with the Rhoden murders and trials,” he said. “Another reason to be in the news.”