'I used to live there' 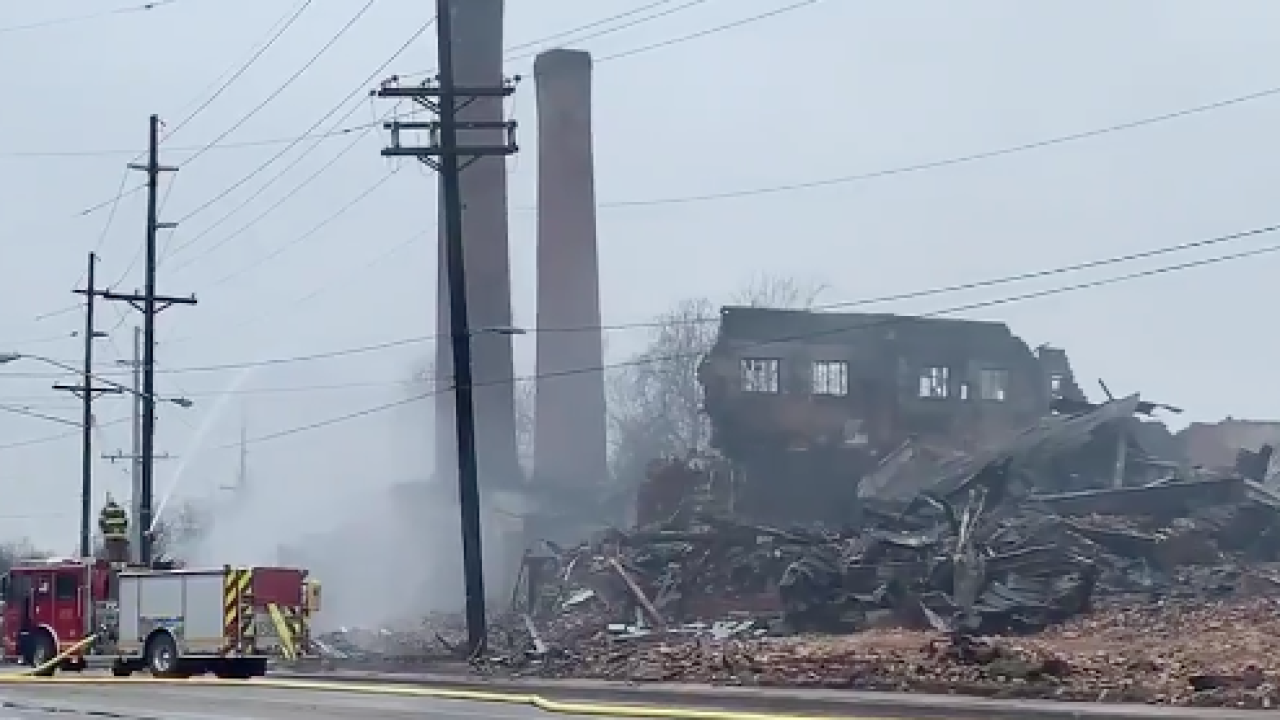 Copyright 2020 Scripps Media, Inc. All rights reserved. This material may not be published, broadcast, rewritten, or redistributed.
WCPO
Crews spray hot spots on the wreckage of the Middletown Paperboard facility Friday as the fire burned for a third day.

MIDDLETOWN, Ohio — “I used to live there,” said a man who stopped by an abandoned warehouse Friday to watch it burn for the third day.

While the people sleeping there escaped, the massive fire at the Middletown Paperboard facility this week demonstrated the desperation and danger of homelessness.

Mindie Arrowood told WCPO she could have easily been inside when it went up in flames Wednesday morning.

“I'm a female and out here by myself, and when you're walking the streets and you're by yourself, you're thinking to go into something like that because nobody will see you and you'll be safe that way," Arrowood said.

The warehouse apparently has been a haven to many people experiencing homelessness over the years. Police said this week's trouble started after Joshua Lamb lit a fire inside to try to keep warm.

When the flames spread, Lamb and two others ran for their lives. At first, Lamb wasn’t sure if two more people inside got out safely, but they eventually notified police they were OK.

As the fire burned for a third night Friday, it cast a glow on the homelessness problem and raised questions as to what the city is doing about it.

Does the city need more shelters?

Does it need to do something about abandoned buildings?

There are shelters in Middletown – Shalom and the Hope House. There were 19 women and three children in one of them Thursday night. We were not able to get a head count from the men's side.

But the shelters aren't big enough to serve everyone, Arrowhead said.

And you cannot stay if you have a warrant or you're using drugs or alcohol.

“The ones you do have, they make you leave during the day, so you're just out here roaming the streets,” Arrowood said.

With nowhere else to go, that leaves some looking for a dry, warm warehouse.

Acting City Manager Susan Cohen told WCPO that people break into these dangerous spots even though they're boarded up.

In October, WCPO reported that some downtown business owners think hospitals and other cities are sending homeless here – literally in cabs – and with no plan.

City council was supposed to discuss possible ordinances regulating cities from dropping people off, but nothing has changed so far.

City council member Ami Vitori said the acting city manager is preparing an ordinance that would implement fines or penalties for dropping people off in Middletown with no plan; she said city council will discuss that in a future session.

Meanwhile, Deputy Fire Chief David Adams said fire crews could be on the scene into the weekend.

“It could smolder for another couple days,” Adams said. "You have a lot of areas of hidden fire and it's difficult to access these areas."