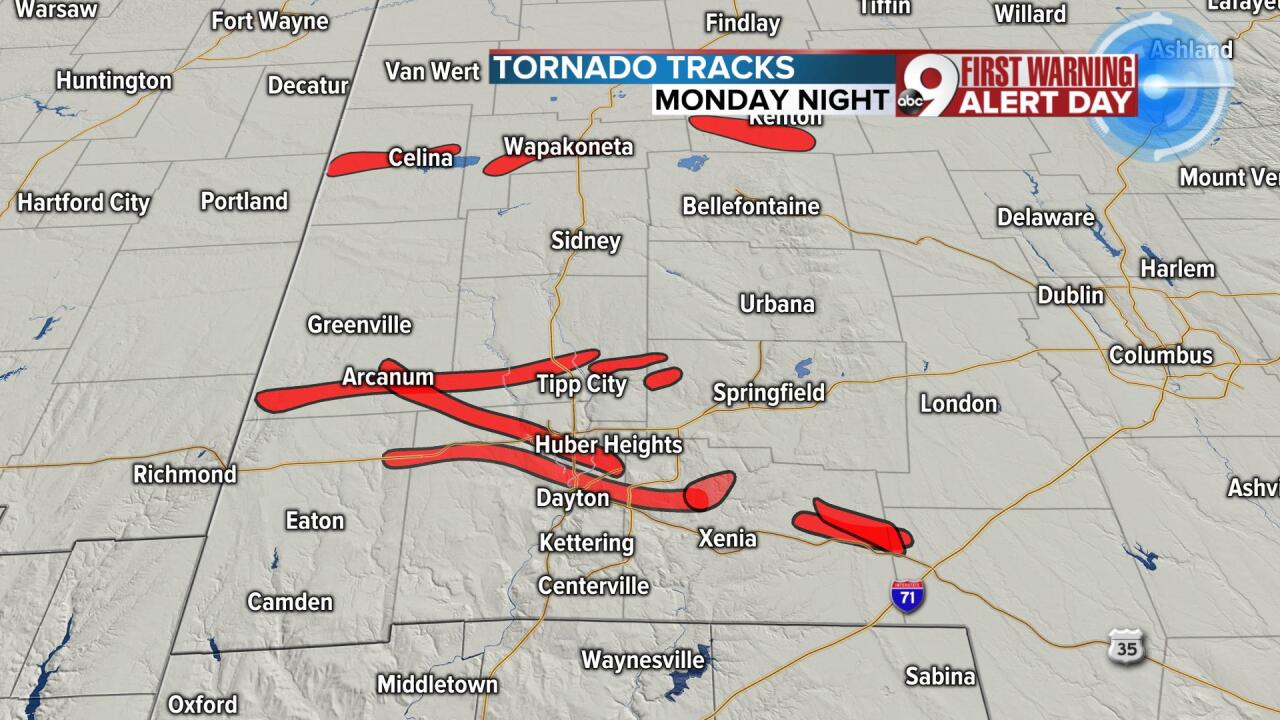 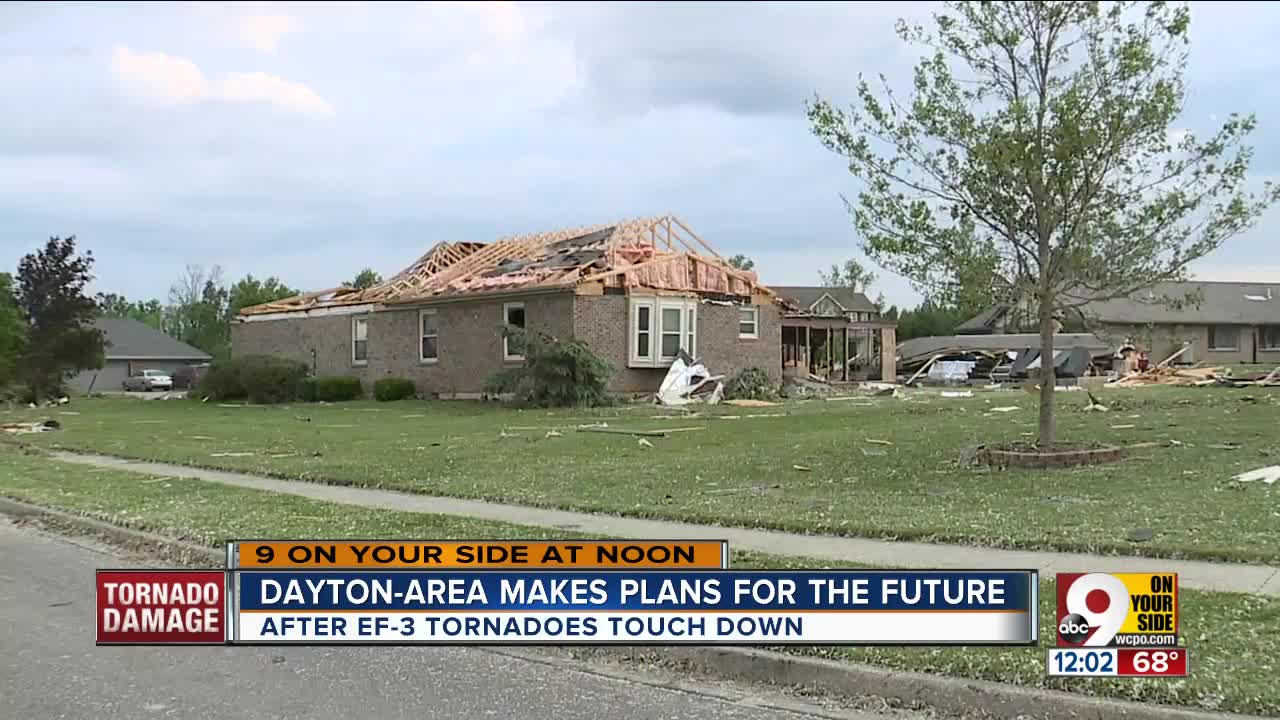 The National Weather Service will be out surveying storm damage in the Dayton area again Wednesday. Its team of meteorologists have a lot of ground to cover, as eight tornadoes have been confirmed in that region.

MORE: Why are we seeing so many tornadoes?

On top of that, an additional eight tornadoes touched down in northern and central Ohio. That includes the following surveys already in from Tuesday.

The NWS passed along a tornado path map to the public. Here's a breakdown of that and where the damage ratings are for the Dayton area along those tornado tracks.

Check out this first map just highlighting the Dayton area where eight tornado tracks are drawn out by the NWS. As expected, there are two distinct longer track tornadoes that happened between Dayton and Huber Heights. A third longer track tornado is on the northern extent of this map as well.

But also notice the overlap in some of these tornado paths. One occurrence is in Darke County near Arcanum. There's another overlap north of Jamestown. And another north of Xenia. But the NWS says this last overlap was likely from the same tornado producing storm, but the tornado lifted briefly and touched back down.

The NWS has a lot of holes to fill in around the Dayton area in the coming days with more surveys and EF scale ratings coming out. Here is a list of tornado surveys that they completed in that region yesterday but note, these are location specific ratings, it does not give a rating for the entire path of that tornado. In general, when tornadoes are on the ground for distances like this, you will find a variety of ratings along the path as it strengthens and weakens.

Those tornado ratings are placed on the map below on top of tornado tracks so you can see where they line up.

We will continue to get updates from the NWS in the days ahead. To see the latest reports and tornado analysis, you can check frequently at THIS LINK.