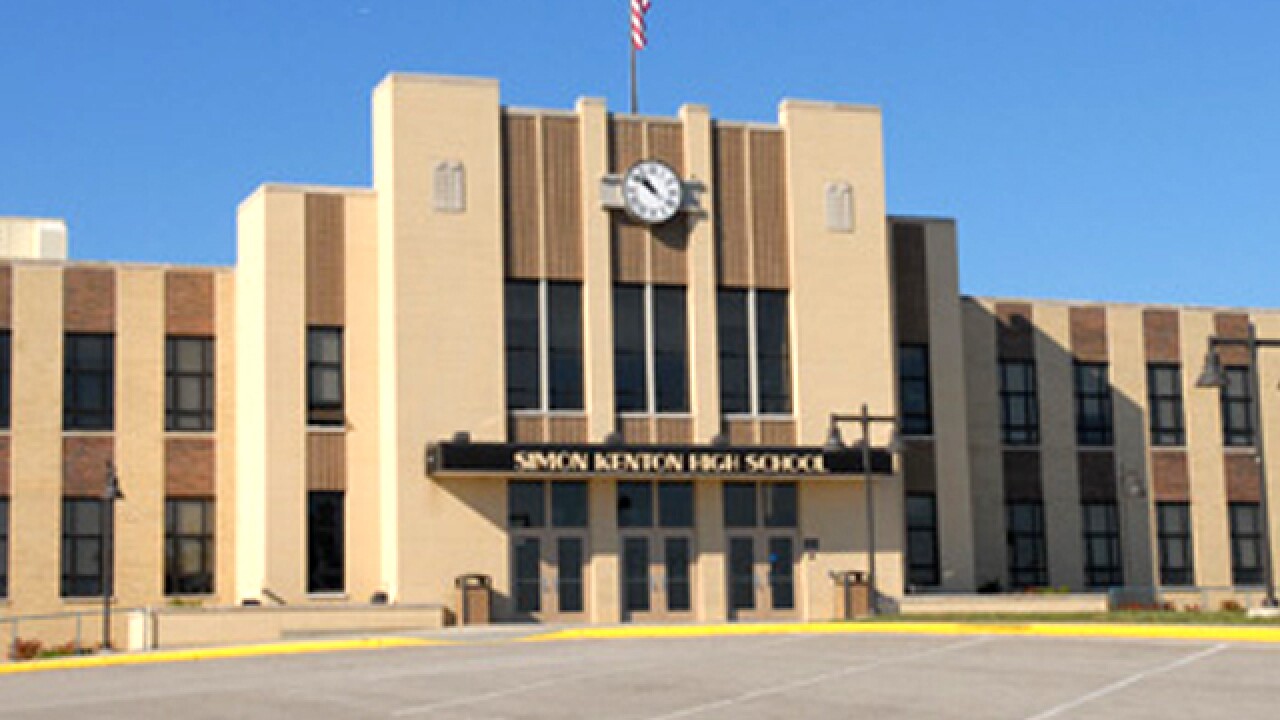 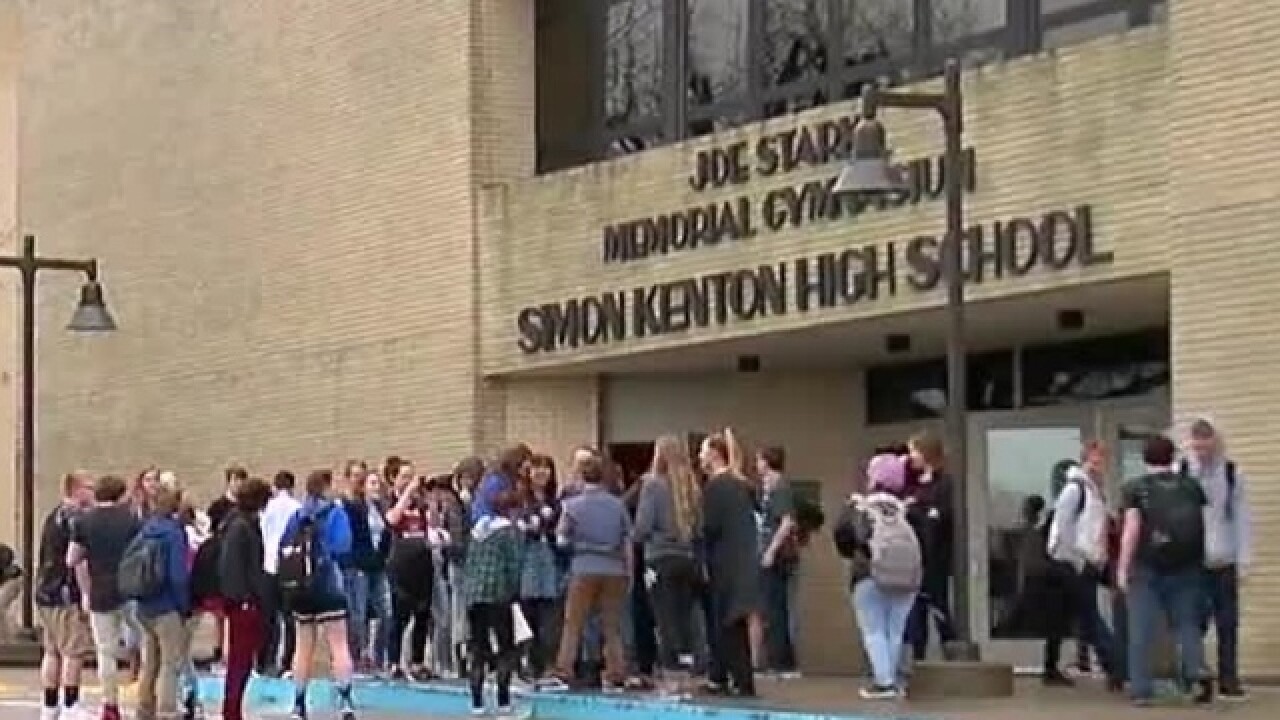 Simon Kenton High School and Walnut Hills students staged walkouts Wednesday to stand in solidarity with the families of the 17 students killed in last week's school shooting in Parkland, Florida.

"Never again! ...We want change! ... We are not a number!" about 200 of Simon Kenton's 1,700 students chanted as they marched through the parking lot and around the building.

Watch an extended clip of the Simon Kenton demonstration in the video player below.

The students were supervised by school officials, who say they support the teenagers' First Amendment rights to protest, according to Kenton County Schools spokesperson Jess Dykes.

They're not alone. Similar protest took place at the other high schools and middle schools in the Kenton County district.

In Cincinnati, about 200 Walnut Hills students chanted "We are Walnut. We are change" and "No justice. No peace. No guns on our streets."

Students said they made a spontaneous decision at fourth bell to walk out. They marched around the school grounds and were back inside the building within a half hour having made their point.

"It was way more of a turnout than we thought it was going to be.  It was pretty exciting,"  said Ruby Krimmer, a Walnut Hills junior.  "I think it was really important to everyone that we make a statement that we all care and that we’re all tired of feeling unsafe in our schools.

"It shouldn’t be as easy to go out and buy a fully automatic killing machine as it is," Krimmer said.

Charlie Patterson, a junior, added: "I think we, as the next generation to run America,  it’s our time to step up and make a positive impact and change in our own communities and in our own lives."

"I’m proud that they had to courage to step out and voice their opinions," Chambers said. "They are very passionate and I think it’s actually their time.

"We respect their right to peacefully protest and that’s what they did," Chambers said.

Students across the Tri-State and the country are organizing rallies to support stronger gun laws and challenge the politicians they say have failed to protect them from violence.

"We're tired of being scared of going to school every day and we're ready to be safe at school," said Norwood student Adian Donaldson. "I think its amazing that the youth is finally stepping up and saying they're tired of this, and they're finally taking a charge."

Cincinnati school board members got a briefing from their security team about the steps the district is taking to maintain order and safety. It's critical that students are also engaged in that, Dykes said.

"This is a critical time when we’re having those intentional dialogues with all students — age appropriate conversations, but something we have to be mindful of with their access to technology."

Students from Marjory Stoneman Douglas High School, where a 19-year-old former student is accused of going on a rampage with a semiautomatic AR-15-style assault rifle on Feb. 14, are assisting in planning the "March for Our Lives" on March 24 in Washington. Learn more about the event here.

Hollywood stars have been lining up to donate enormous amounts of cash to the students' efforts in Washington. George and Amal Clooney and Oprah Winfrey are among those throwing in $500,000 each to the cause.