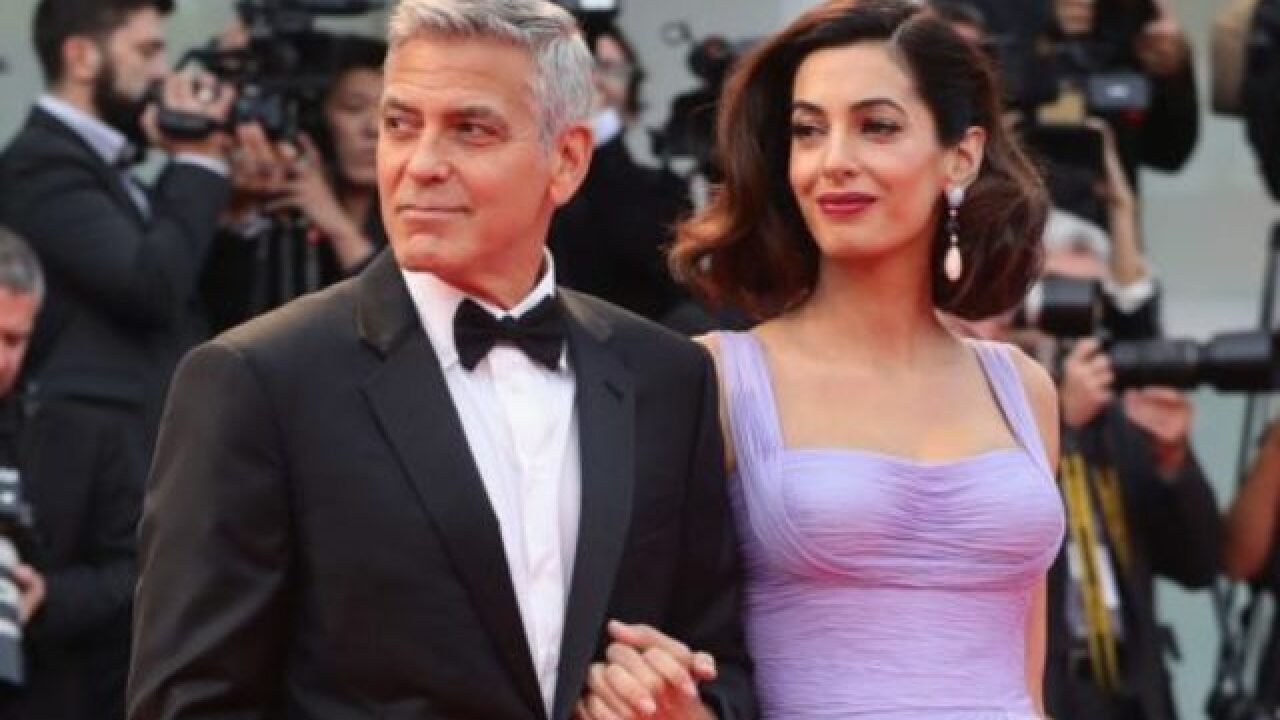 LOS ANGELES -- Hollywood stars are lining up to donate buckets of cash to the “March for Our Lives” rally in Washington, and they're pledging to walk with students calling for gun control after last week’s killing of 17 at a Florida high school.

”Our family will be there on March 24 to stand side by side with this incredible generation of young people from all over the country, and in the name of our children Ella and Alexander, we’re donating 500,000 dollars to help pay for this groundbreaking event. Our children’s lives depend on it,” said Tri-State native George Clooney in a statement, according to Reuters.

Clooney and his human rights lawyer wife Amal, who gave birth to twins Ella and Alexander in 2017, each announced half-million-dollar donations to the cause on Tuesday.

By Tuesday night, media mogul Oprah Winfrey, director Steven Spielberg and his wife, actress Kate Capshaw, had also jumped on board with $500,000 donations of their own.

George and Amal, I couldn’t agree with you more. I am joining forces with you and will match your $500,000 donation to ‘March For Our Lives.’ These inspiring young people remind me of the Freedom Riders of the 60s who also said we’ve had ENOUGH and our voices will be heard.

The Clooneys donated $1 million to the Southern Poverty Law Center last year following a white supremacist rally in Charlottesville, Virginia, that led to a woman’s death.

Other celebrities have voiced their support for the students’ efforts on social media, including Justin Bieber, Lady Gaga and Cher.

The “March for Our Lives” is one of several rallies being organized by students across the country in support of stronger gun laws, challenging politicians they say have failed to protect them, according to Reuters.

Students from Marjory Stoneman Douglas High School, where a 19-year-old former student is accused of going on a rampage with a semiautomatic AR-15-style assault rifle on Feb. 14, are assisting in planning the march.