Mary Julick pleaded for her son to surrender. On Thursday, she watched him arraigned for attempted murder. 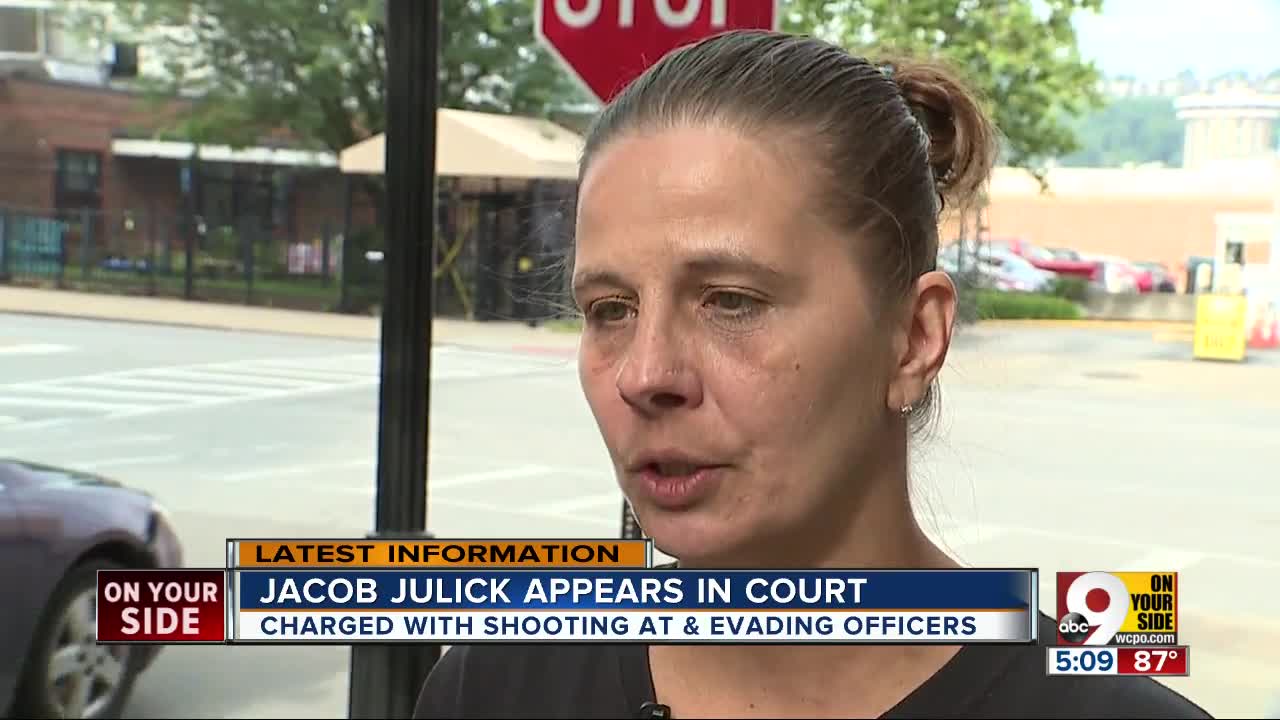 Fugitive Jacob Julick was arrested safely and without hurting anyone, although police say he tried. Now comes the hard part: Facing charges of attempted murder.

Weeks earlier, on June 6, she had pleaded publicly for 27-year-old Jacob to surrender to police. He didn’t. He shot at a pair of officers during an Erlanger traffic stop, netting himself two charges of attempted murder and one of unlawfully possessing a firearm, and fled the scene on foot.

The fear Mary felt that day was overwhelming, she said. She was terrified of what it would do to her son and what he might do in response.

“That's a big step to take, to shoot at officers,” she said Thursday, her voice shaking. “At that point, I think you would be so overwhelmed knowing that the rest of your life is gone, that you would be capable of anything as well as harming yourself."

Jacob Julick would remain at large until Tuesday night, when SWAT, fire and police officers surrounded the Westwood apartment in which he’d been spotted. Mary begged him again — over the phone this time — to end it.

“I’m here,” she recalled him telling her. “I’m not in the house like they think I am. I’m outside on the wood line. Could you call them and tell them where I am?”

Julick said she advised him to throw his gun down, take his shirt off, hold his hands up and shout so officers would know where he was. Four hours after the standoff began, he was led shirtless, handcuffed and dirty into the custody of United States Marshals.

Jacob’s arraignment Thursday included a new charge of attempted murder connected to an encounter with a Covington officer the previous weekend.

Three other people were also charged with helping him avoid police during his 19 days as a fugitive.

Mary Julick, who promised on the day of the first attack that she would be there for Jacob when he surrendered, said she knows the road ahead of her now is long and difficult. Still, it’s a relief to know her son is no longer at large as a danger to himself and others.

"I've been crushed,” she said. “I’ve been humiliated. I've been a lot of things, but I'm still a mother, and I'm still strong, and I'll still do what I have to do."