MainStrasse Oktoberfest reopens under new management, smaller but with just as much oompah 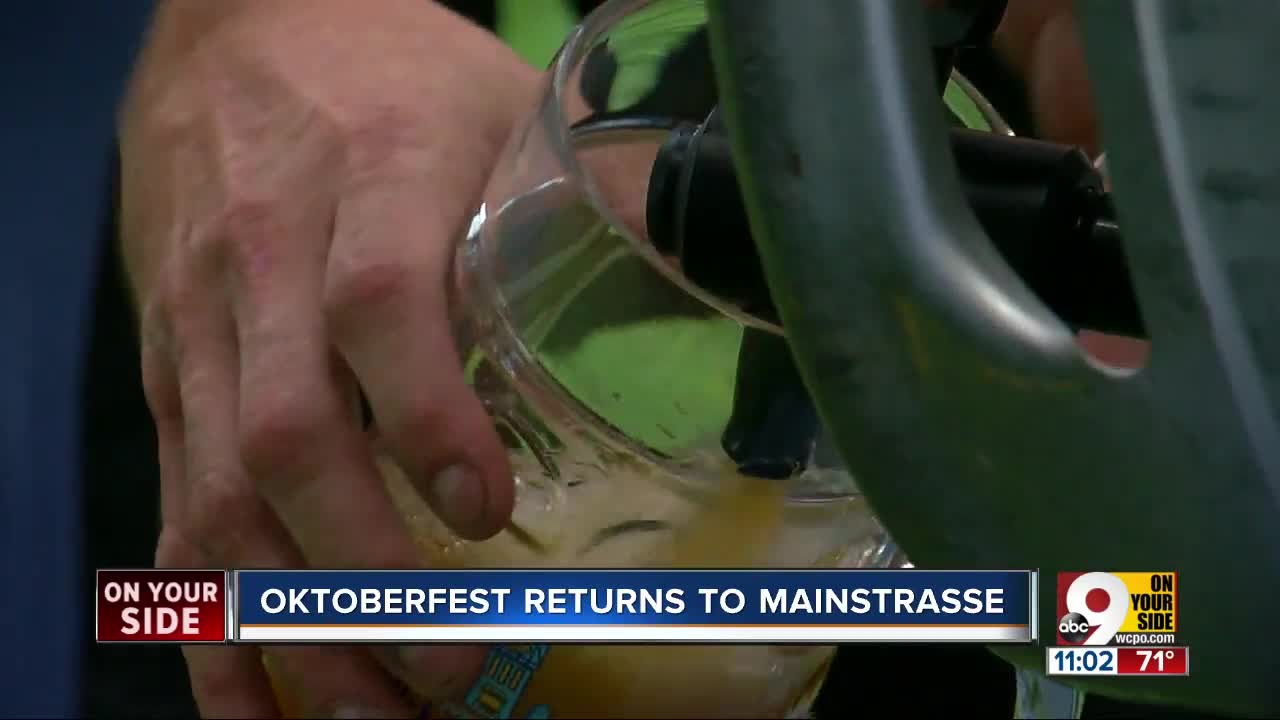 COVINGTON, Ky. — The Oktoberfest crowd gathered Friday night at Goebel Park was noticeably smaller than the throng of 100,000 who attended in past years. Braxton Brewing Company founder Jake Rouse expected that.

The city’s old festival ist kaput since the Mainstrasse Village Association declared bankruptcy in November 2018, endangering the Maifest, Goettafest and Oktoberfest celebrations it organized each year. Rouse stepped in to save his favorite: Oktoberfest, which he said he had attended for much of his life.

Its new iteration is smaller. It’s contained to Goebel Park, and organizers hope for a maximum turnout of around 30,000 while acknowledging it could top out at around a third of that.

Still, it’s got the most important things Cincinnati-area communities expect out of a celebration of the region’s German heritage: Entertainment, food and beer, all with elements auf Deutschland.

"A lot of people are coming by,” Rouse said. “They're loving the authenticity. It's definitely smaller than last year. We've heard that for sure but we knew that going into it, so people are really proud and happy that it's back."

Among those people was Ludwig Noll, whose father helped create Covington’s original Oktoberfest more than three decades ago. He believes the event’s appeal stays the same regardless of size.

“I think it’s the atmosphere,” he said. “It’s coming together. It’s really about the community. We’re taking the park back. It’s coming down here, it’s hanging out with different people that you don’t know, meeting new friends, having a beer and enjoying yourself.”

For attendee and lifelong Covingtonian Billy Madden, the scaled-down approach might even have enhanced the appeal.

“You feel more family-oriented,” he said. “It’s like you can talk to the people. You’re not like stepping on one another.”

Covington Oktoberfest will run through Sunday in Goebel Park.