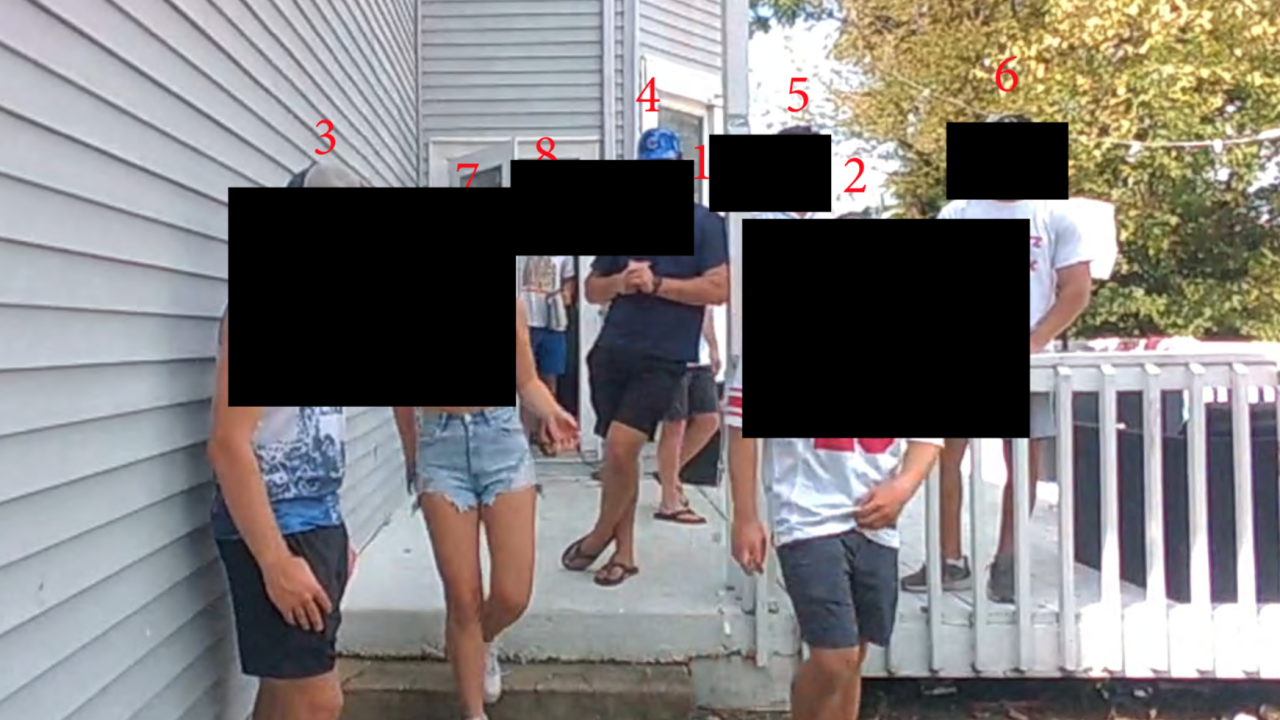 OXFORD, OH — On Tuesday, an Ohio judge ordered Miami University to "immediately reinstate" two students who had been suspended until the end of the year for violating Miami's student code of conduct related to COVID-19.

After hearing arguments from attorneys on both sides, Court of Claims Judge Dale Crawford issued a temporary restraining order requiring Miami to reinstate the students "in good standing with all benefits."

"I'm thrilled that the students are going to be able to avoid the harm of forfeiting the semester," said Eric Long, one of the attorneys representing the students, identified by the pseudonyms "Jane Roe" and "Jane Doe."

On Aug. 22, an Oxford police officer cited the two students for violating the city's mass gathering and excessive noise ordinances.

The students hosted a party with "approximately 40 people" at their off-campus home, according to the citation.

Oxford City Council passed the "emergency" mass gatherings ordinance in response to concerns about COVID-19. The ordinance limits social events to 10 individuals at the same time.

Court records show Miami suspended the two students based on the police investigation, which included a police body camera recording of the party and conversations with the two students.

In court filings on Monday, Miami urged the judge to not grant the students' request for a TRO.

"It will indicate to plaintiffs and their classmates that they can flout university rules and regulations," wrote Medora Akers, one of the attorneys representing Miami. "That would be a particularly dangerous statement to send now, with cases rising at dramatic rates."

Court records show Miami's administrative hearing officer determined that Roe and Doe violated the university's code of conduct and may have placed students at risk of contracting COVID-19.

"I was not found responsible for hosting, planning, inviting, nor even being outside when the 'mass gathering' was occurring," wrote Roe in her appeal letter. "I only came outside pursuant to a request from an Oxford police officer to speak with a resident regarding noise."

Roe wrote that she took a leadership position by "stepping up" to comply with the officer's request.

"Now I am the one suspended from my school," she wrote.

Roe and Doe both lost their appeals, according to Miami records filed in the lawsuit.

The Appeals Board agreed with the hearing officer's finding that there was "reasonable fear" that the party during a pandemic "may have endangered many people," according to Gerald Granderson, chair of the appeals board.

Miami has received national attention for off-campus parties thrown by students during the pandemic.

In September, a Miami student told an Oxford police officer that he and other students were partying at an off-campus house even though they had tested positive for COVID-19 and were supposed to be quarantined, according to the officer's body camera recording.

The officer issued citations against six individuals in that incident, according to a previous report by WCPO 9 News.

It's unclear if Miami took disciplinary action against any of the students who received citations.

Miami's COVID Dashboard shows 2,330 students - about 10% of those enrolled - have tested positive for the virus.

Two student dorms, Stonebridge and Presidents, were at "Level 4" on Monday, the highest level of concern, according to the university.

Miami defines Level 4 as "at least 1 floor with at least 5% tested positive in the last 7 days AND statistical evidence of a cluster."

"Our efforts to mitigate the spread of COVID-19 have never been more important," Miami emphasizes in a statement on the university's website.

But Roe and Doe insist Miami went too far in their punishment of the two students. In their lawsuit, the two students claim Miami violated their contract and obligations to them.

On Tuesday, the students' attorneys, Eric Long and Leslie Albeit, told WCPO that Roe and Doe missed about two weeks of classes, but will be able to work with their professors to catch-up and take final exams.