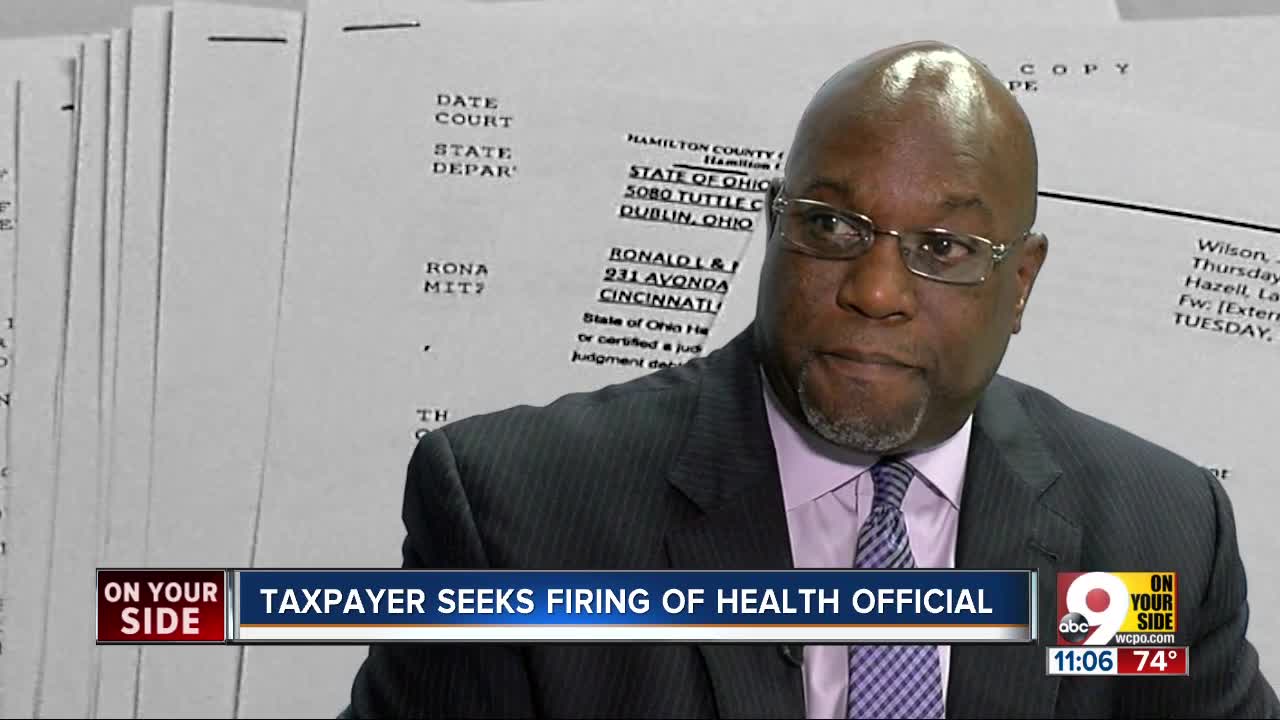 CINCINNATI — A Cincinnati taxpayer is suing to force the firing of Cincinnati Health Department Finance Director Ronald Robinson, alleging he was hired illegally and represents “a flagrant waste of taxpayer dollars.”

The complaint in Hamilton County Common Pleas Court claims Robinson applied for the job last October when he was a member of Cincinnati’s Board of Health. State law prohibits public officials from using their office to “secure authorization of any public contract,” including employment.

Robinson and the Cincinnati Health Department declined to comment.

Jean Gould, the mother of an attorney in the Markovits, Stock & DeMarco law firm, filed the complaint. The firm's managing partner, Terence Coates, researched Robinson’s hiring through public record requests after people complained to him that the hiring process was flawed. Coates declined to name the "concerned citizens" who raised the issue. That led to a public records request on May 7.

Records obtained by the firm and delivered to WCPO show the following:
· Robinson was working as a financial analyst for Anthem Inc. and serving on the board of health when he applied for the Cincinnati Health Department job.
· He listed as references Cincinnati Vice Mayor Christopher Smitherman and Dr. Phil Lichtenstein, chairman of the board of health.
· Lichtenstein emailed board members in November to let them know Robinson had “reluctantly resigned” from the board “because of the potential for conflict-of-interest issues in association with his applying for the Health Department CFO position.”
· Robinson was offered the job in January with a salary of $105,597.

The lawsuit further alleges Dr. Lichtenstein improperly participated in the interview process while Robinson was still on the board and it claims the health department "failed to conduct a review of local court filings" before hiring Robinson. Thus, it missed a background that included $29,000 in judgments against Robinson form 2009 to 2014 and garnishment of wages in 2017.

"He not only is legally unqualified for the position he holds (but) his personal financial history also disqualified him" from being the highest-ranking finance official in the department, said the complaint.

This lawsuit comes four months after an internal audit found flaws in Cincinnati's food-safety program, which is operated by the board of health.

State law allows taxpayers to file lawsuits on a city’s behalf if the city’s law director fails to take action after a written request. The lawsuit alleges Gould hand-delivered her demand to the city’s law department on July 23.

Coates said the city kept delaying a response so the lawsuit was filed Aug. 7. It seeks a court order forcing Robinson's termination and the repayment of all tax dollars he's recieved thus far. Hamilton County Common Pleas Judge Robert Ruehlman has scheduled a hearing on the requested injunction Aug. 15.