Kentucky has 90,513 unresolved jobless claims since the pandemic started

More than 90,000 people still waiting for jobless benefits from Kentucky’s Office of Unemployment. Nearly 33,000 have been waiting since March, April or May. New figures obtained by the I-Team show Kentucky’s list of unresolved claims has grown 60% since July 1, when Kentucky brought in a $17 million consultant to bring the backlog down. 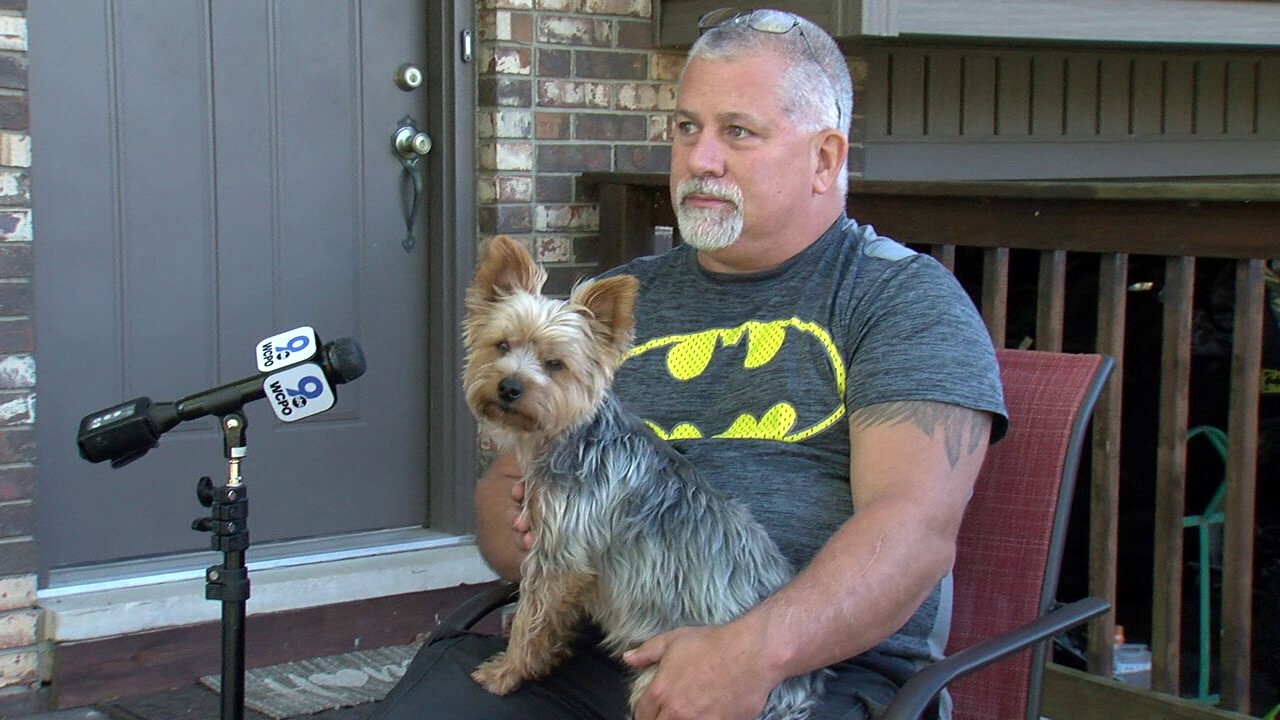 CINCINNATI — Chris D’Andrea applied for unemployment the day after he was laid off from his job June 22 at Corporate Cleaning Systems in Erlanger, Ky. He’s still waiting on his first unemployment check.

“I get a robocall from the state of Kentucky probably every seven to 10 days, just saying, ‘You’re still in the call queue,’” he said. “It’s just frustrating.”

D'Andrea, who lives in Lawrenceburg, Indiana, but worked in Northern Kentucky for seven months, is among more than 90,000 people still waiting for jobless benefits from Kentucky’s Office of Unemployment. Nearly 33,000 have been waiting since March, April or May. New figures obtained by the I-Team show Kentucky’s list of unresolved claims has grown 60% since July 1, when Kentucky brought in a $17 million consultant to bring the backlog down.

Kentucky isn’t the only state to struggle with this year’s crush of new jobless claims, caused by the economy’s shutdown following the coronavirus outbreak in March.

As WCPO previously reported, Ohio suspended 276,000 claims for suspected fraud in July, eventually resuming payments to 64,000 legitimate accounts while 13,000 remain in adjudication. California announced a two-week pause in the processing of new claims in September to give its unemployment system a chance to weed out fraudulent claims and reduce its growing backlog.

“The issue, though, is that when you let so many bad claimants and so much fraud in on the front end, it jams the entire system, so people don’t get paid,” said Jon Coss, vice president in risk, fraud and compliance with Thomson Reuters. “California is a great example. No new unemployment insurance claims for two weeks. So, you know, sorry if that’s when you got laid off, but we literally just can’t process them today because there’s so much fraud in the system right now.”

The Kentucky Labor Cabinet said its “stringent identity verification process has assisted in identifying and halting many potential fraud claims,” although it wouldn’t provide numbers in written responses to the I-Team’s questions. Kentucky Governor Andy Beshear has blamed his predecessors for this year’s backlog.

“If we had not starved our system,” Beshear told reporters in a media briefing September 1. “If we had upgraded a 20-year-old database that we use. If we hadn’t let go of 90-plus people and closed all of these different offices that used to help across the state, maybe we could do it faster, but we are where we are. And we’ve got to get the help that we need to catch up.”

Beshear made the comments in defense of Kentucky’s no-bid contract with Ernst & Young, a global accounting firm whose Louisville office has supplied hundreds of employees and analytical tools to increase Kentucky’s claims-processing capacity.

The initial contract, worth $7.6 million, was amended July 24 to extend its term through Aug. 26 and boost total payments to $12 million. A second contract, announced Sept. 1, added $5 million to fund Ernst & Young’s efforts through January 6, 2021.

Ernst & Young declined to comment for this story. The Kentucky Labor Cabinet said in an email response that it has paid “more than $3.95 billion to Kentuckians since March. But no one in state government will be satisfied until all Kentuckians have received the unemployment benefits for which they qualify.”

Questions about Ernst & Young were answered with links to media briefings in which Governor Beshear commented on the contract. On June 30, Beshear introduced Ernst & Young as “an outside vendor that I believe can help us catch up on our claims from March, April and May by the end of the month of July.”

Kentucky had 56,000 March-to-May claims on that date. By the end of August, it had reduced those claims to 40,425 and the number fell to 32,937 by Oct. 1. But as the older claims were resolved, thousands of new claims found their way into the backlog. So, on Sept. 1, Beshear announced a second contract to give Ernst & Young additional duties through the end of this year.

“You would think it’s fairly easy, but it’s shockingly time-intensive to write that letter,” said Amy Cubbage, general counsel for the Labor Cabinet, in the Sept. 1 briefing. “These claims, the ones that are left, are truly our disputed and most difficult claims. Some of those could include former overpayments. They could include an interstate wage issue in which we have to request information from other states or the federal government. All of that, unfortunately, takes time.”

Kentucky is the second state, behind Indiana, to receive the U.S. Labor Department’s approval to let outside personnel write decision letters. As he announced the new contract, Beshear praised Ernst & Young’s performance and set a new goal for eliminating the backlog.

“In nine weeks, they’ve helped us process more than 141,000 claims,” he said. “By extending the process through the end of the year, we think we’re going to get through about 70,000 disputed claims that are still out there and not fall behind on new claims that are coming.”

But Kentucky has fallen further behind, with its total backlog rising above 90,000 by Oct. 1. And that leaves people like D’Andrea wondering if he’ll ever get paid.

“I was unemployed one other time years ago with the state of Kentucky and I never had an issue like this before,” he said. “But that’s when you used to go in person, you’d go weekly and it wasn’t an issue. I don’t know what the problem is.”

D’Andrea shared his records with the I-Team to show that he was initially rejected for not submitting a long enough work history in Kentucky. When he submitted a new application that included his previous work history in Ohio, he was approved for a weekly benefit of $569. D’Andrea said he claimed each week’s benefit online as instructed, but he never received a payment. He found a new job for less pay in September, but still needs the roughly $5,500 in missed payments to catch up on past-due bills.

“I’ve got a boat. I had to put it up for sale,” he said. “We’ve had to call all our lenders that we have, whether it’s automobiles or whatever, trying to get payments deferred. Luckily most have been cooperative. But if it hadn’t been for that we’d be in a lot worse trouble than we are right now.”