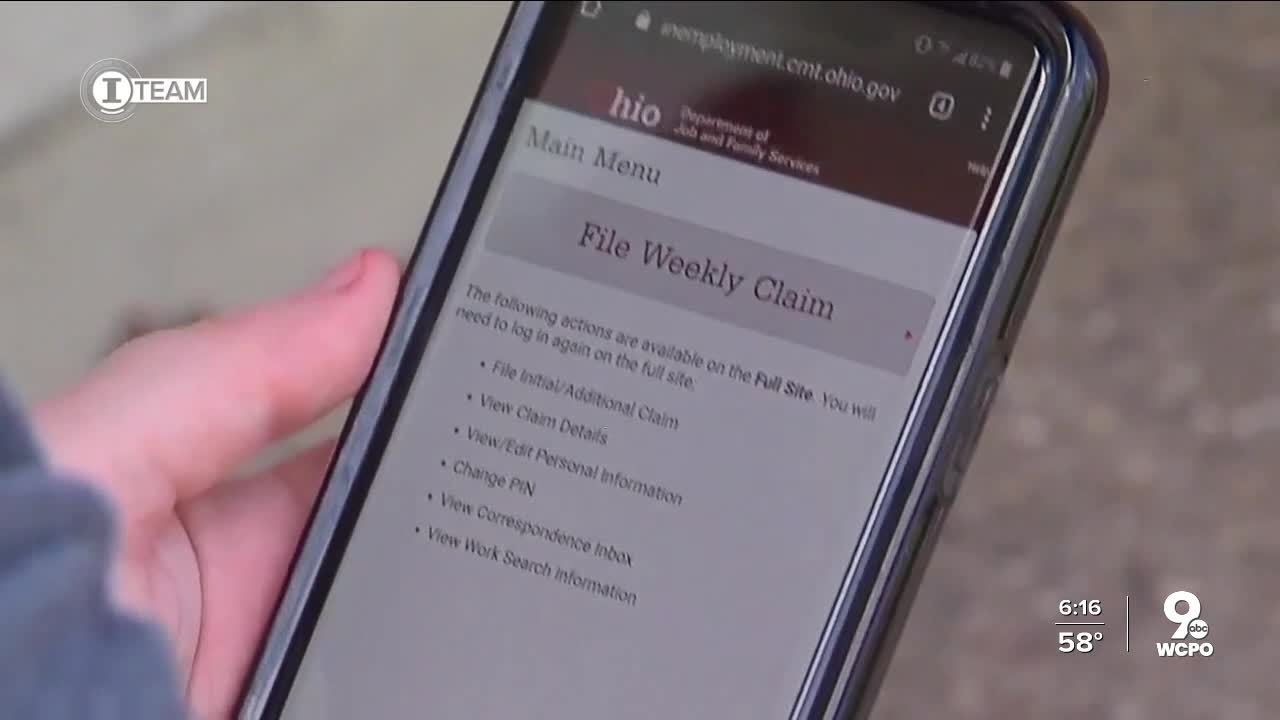 Ohio paid $6 billion in Pandemic Unemployment Assistance to 549,198 people this year. One in 5 received more than they were entitled. 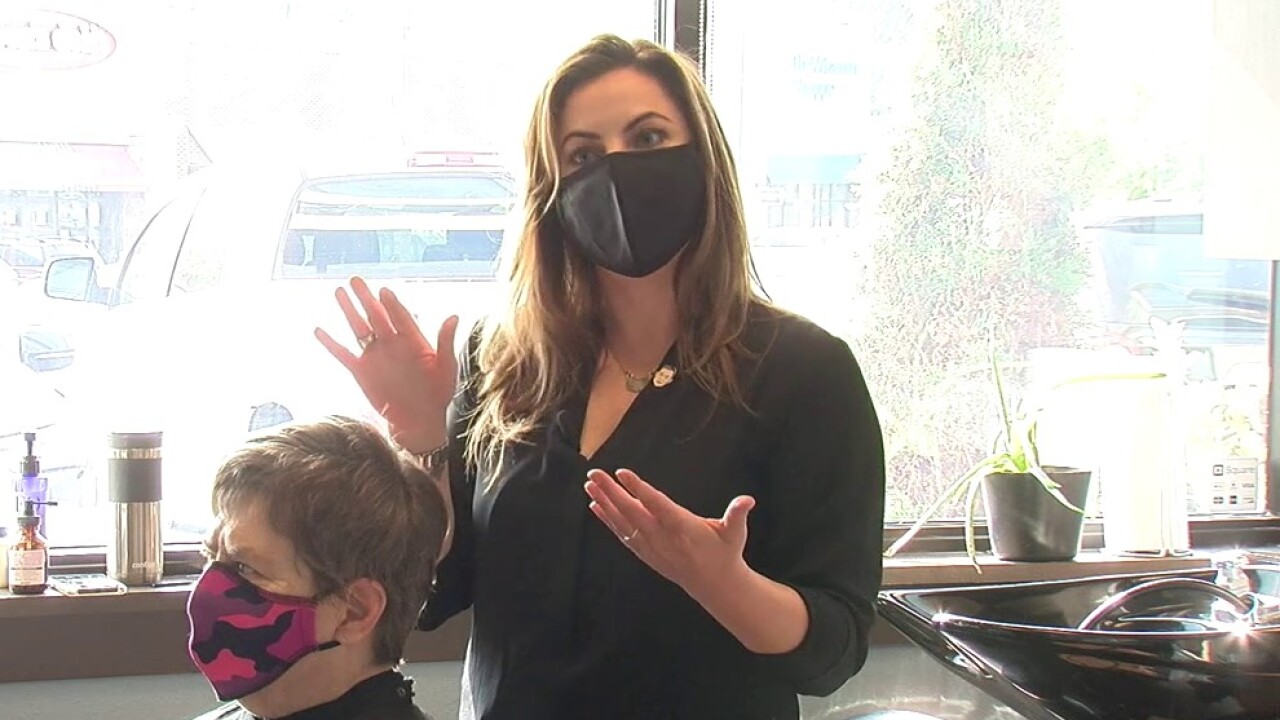 CINCINNATI — Ciara Borer logged into Ohio’s unemployment system this month, hoping to learn when she could expect payment on Pandemic Unemployment Assistance claims she filed in July.

“You could see where all of my benefit amounts had been changed,” said Borer, a Park Hills, Ky. resident who works at Salons by JC in Norwood. “It was definitely nerve-wracking that it was like overnight that it switched, and I had this overpayment balance.”

It’s no comfort to Borer that others shared in her misery, even if those others are enough to fill Paul Brown Stadium and Great American Ball Park combined.

The Ohio Department of Job and Family Services told the WCPO I-Team that it overpaid 108,290 PUA claimants through August 31. That’s 19.7% of the 549,198 people who were approved for Ohio benefits under the emergency-relief program created by the CARES Act in March.

Ohio’s PUA error rate is much higher than in the state’s traditional unemployment program, which overpaid 7.1% of the 809,160 claimants who received jobless benefits through September 23.

Combined, the two programs distributed nearly $1.3 billion in payments to 1.4 million people this year, 12.1% of whom were overpaid. State officials did not reveal a dollar amount for the overpayments. Ohio processed 1.7 million claims this year, more than the previous four years combined.

“With our dramatic volume, we know that error rates and overpayments are an issue and will be a challenge. But we continue to work on accuracy,” ODJFS Director Kimberly Hall told the I-Team in a media briefing last week.

This is the first time Ohio has revealed overpayment details on its PUA program, which is intended for independent contractors, the self-employed and others who didn’t qualify for traditional unemployment when the COVID-19 pandemic hit.

“In most cases, the overpayments are the result of claimants not reporting or underreporting earnings during the week claimed,” said an ODJFS statement in response to the I-Team’s questions. “In a smaller number of cases, they are the result of unintentional errors made by agency staff.”

A higher error rate was expected for PUA payments because the U.S. Department of Labor urged states to let recipients self-certify their eligibility and salary history. Traditional unemployment programs verify that information by checking with employers prior to setting benefit levels.

The Labor Department’s inspector general warned against self-certification in May, saying it would render the program “highly vulnerable to improper payments and fraud.” But Director Hall has defended the approach, saying “we wanted to move as quickly as we could to get funds in the hands of those who were eligible.”

In July, Ohio suspended more than 270,000 PUA accounts for suspected fraud. In August, it opened a criminal investigation and revealed at least 59,000 claims were likely bogus. State officials have yet to reveal how much money was lost to fraud, but a security expert predicted the number could reach into the hundreds of millions of dollars.

RELATED: Nigerian fraud ring active in Ohio since May

Ohio PUA recipients received more than $6 billion in payments from the federally funded program, distributing an average of about $12,000 to each recipient. Hall said Ohio is trying to be flexible with those who were overpaid, but it will seek repayments in cases where the mistake was made by claimants.

“We’re trying to understand how much we can waive when we know it’s an error on our part,” she added.

“Right now, an overpayment balance is unacceptable for really anybody,” she said. “You know, it’s not my fault that you didn’t do your job.”

Navigating the system
Borer is a self-employed stylist who leases salon space at Rookwood Exchange. When an Ohio public health order forced hairdressers to close in March, Borer said she applied for traditional unemployment and was rejected. So, she applied for PUA benefits, supplying tax returns to verify her income and eligibility.

Borer provided records to the I-Team showing she was approved for $1,080 per week in PUA payments. She said she received a lump sum payment of about $7,200 on May 19, four days after she returned to work. She was grateful for the money, saying it “allowed me to catch up on bills.” But it wasn’t enough to make up for all of her lost income, so her savings were depleted as she welcomed clients back in May and June.

Next came another setback. Borer tested positive for COVID-19 on July 8, forcing her to close for a two-week quarantine. Again, she applied for PUA benefits. But this time, she had trouble getting answers. Her online account showed there were “pending issues” that delayed her claim, but those issues weren’t explained.

For two months, she continued to pursue payments, calling and checking online for some sign that her benefits would be paid. But on September 16, she was stunned to find her benefit amount was reduced from $1,080 per week to $789, and her account now showed an overpayment balance of $3,049.

She approached the I-Team after she was unable to get answers from ODJFS.

“We do have to recognize, like, the government shut us down,” she said. “And here I am closing my business, closing my doors as a self-employed person and following the rules. And I think that I’m eligible and entitled to help.”

How to find answers
After the I-Team approached the media-relations team at ODFJS, Borer received an email indicating her problems would be resolved within 24 hours.

Late last week, she received $1,400 for the two weeks in July but as of late Friday her account still showed an overpayment balance of $3,049. Borer said she would still like to know why her second round of payments were lower than the $1,080 she received during her forced closure in March and April. She’d also like to know why her account continues to reflect an overpayment balance. Finally, she’d like to know why it’s so hard to get an answer from Ohio’s unemployment call center, which has expanded several times to meet the increased volume of claims.

“To me it appears that they’re not well-trained,” Borer said. “And I understand that there’s a high volume. But these are peoples’ livelihood, you know? And this is ruining lives for many, many people.”

Hall said Ohio is working on improvements to its call center to help more of its agents navigate the twin systems that manage PUA claims and traditional unemployment. Initially, the state’s focus involved hiring agents who could distribute calls to more experienced claims representatives.

In the meantime, ODJFS offers the following advice to those who are frustrated by benefit decisions, overpayments and a lack of access to agents who can answer their question: