In wake of FBI arrests, have any other Cincinnati City Council members been offered a bribe? 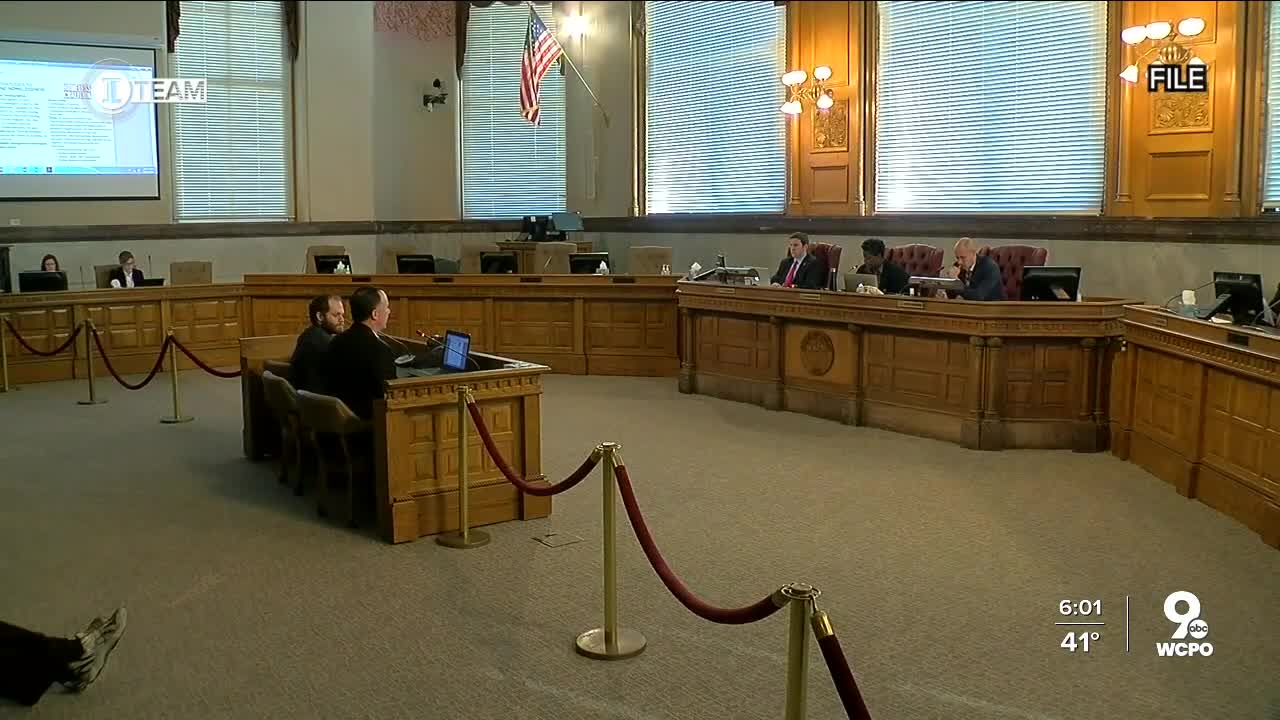 Cincinnati City Councilman David Mann wants to restrict council members from early deal making with developers and use ethics violations with criminal penalties to stop what he says has become more widespread behavior at City Hall in recent years.

CINCINNATI — This article was published Nov. 18, 2020, a day before the arrest of Councilman P.G. Sittenfeld.

Cincinnati City Councilman David Mann wants to restrict council members from early deal-making with developers and use ethics violations with criminal penalties to stop what he describes as widespread behavior at City Hall in recent years.

This comes a week after the FBI arrested Councilman Jeff Pastor on a sweeping 10-count indictment that alleges he took $55,000 in bribes from developers. It is the second time the FBI has arrested a sitting council member on corruption charges this year.

“Some of these development agreements involve a lot of money, the potential for enormous profits, and I can see where the temptation would be great ... if you get the wrong people in the room at the table,” Mann said. "But maybe there’s a way to lessen the opportunities for a scoundrel."

Mann said he expects to file his motion in City Council this week.

Under his plan, council members would be banned from the early stages of deal-making with developers, and the city’s development office would vet new projects instead. Developers who violated these rules could be banned from future city projects.

Mann is one of three council members who presented ideas this week aimed at winning back the public’s trust as City Hall reels from the corruption scandal.

Attorney General Dave Yost announced Monday he had begun proceedings to suspend Pastor from office. Pastor has pleaded not guilty and his attorney, Ben Dusing, said he has not yet decided whether he will resign.

Meanwhile, a federal judge is scheduled to sentence former Cincinnati City Councilwoman Tamaya Dennard next week for taking $15,000 in bribes as part of a development deal.

Dennard pleaded guilty to honest services wire fraud and faces more than two years in prison when a judge sentences her on Nov. 24.

“That’s not the way business has been done in Cincinnati,” said Mann, who has been at City Hall for 25 years as a former mayor and current council member. “Cincinnati, I think, has been known as a clean town. It’s tragic that this much has gone wrong and we’ve got to get it straightened out.”

In recent years Mann said he has been approached more frequently by developers and lobbyists who asked for his support on unfamiliar deals.

“The lobbyist says, ‘We want to talk to you about this development agreement that you’re going to be voting on in two weeks,’ and I don’t even know that I’m going to be voting on it in two weeks, so the first information I receive is from a lobbyist,” Mann said. “Why should the developer be engaging with me in that fashion instead of having it done in public in a committee meeting? That’s what I want to see.”

Under Mann’s plan, City Council and Mayor John Cranley would decide on incentives and development goals such as jobs, affordable housing, neighborhood benefits and economic inclusion for upcoming development projects.

But council would not be allowed to negotiate development agreements. That would be left to Cranley, City Manager Paula Boggs Muething and city development officers. City officials would present fully vetted projects at city council for feedback.

“What’s most important to me is for city council to get out of the details of negotiating specific terms,” Cranley said. “This is not the role of the legislative branch, and it leads to trouble.”

Cranley had not seen Mann’s proposal but said he supports the idea in an interview with WCPO last week.

“Council members should be involved in legislation, but not in deal-making,” Cranley said.

“(If I were), the person would be thrown out of the room and I would review what other steps I would want to take," he said.

Mann is one of the eight remaining council members that WCPO reached out to, after Pastor’s arrest, to ask if anyone had ever offered them a bribe.

Five said they had not been offered a bribe: Mann, Betsy Sundermann, Greg Landsman, Christopher Smitherman and Jan-Michele Kearney.

Three council members either declined to comment or did not respond: Chris Seelbach, PG Sittenfeld and Wendell Young.

WCPO reached out to all council members for comment via their City Council email beginning last week.

Sittenfeld and his chief of staff, Chris Dalton, did not respond to two emails seeking comment sent over a week.

Then after the story initially published, Dalton sent an email to WCPO, "Sorry for missing this. PG's son's daycare has been closed due to COVID so we've been running behind on correspondence."

Dalton then wrote a response to WCPO's question about whether Sittenfeld had ever been offered a bribe: "No, P.G. has not."

Seelbach's office initially declined to comment. In an email to WCPO on Tuesday, a staff member wrote, "Council member Seelbach asked me to reach out to you regarding your interview request. Unfortunately, the Council member is not available to make any comments regarding the matter."

After this story initially published, Seelbach reached out to WCPO in a text and questioned how a reporter had reached out for comment. He also directed WCPO to a tweet that he had posted on Nov. 10, the day of Pastor's arrest, and wrote, "I have never been offered, asked for, or received a bribe in my life."

Sundermann responded to WCPO within hours and agreed to an interview.

“Never. I don’t really deal with developers much,” said Sundermann, who has been on council since March. “I would never sit down and plan a development with somebody. I don’t know that much about development and we should not be doing that.”

Pastor's arrest has made it more difficult for city business to get done, Sundermann said, in part because council members are hesitant to work with one another.

In a statement, Kearney, who replaced Dennard after she resigned in March, wrote: "I have never been offered a bribe for any vote, or anything else for that matter."

WCPO asked council members to respond to U.S. Attorney David DeVillers' claim that there was a “culture of corruption” at City Hall.

"Frankly, I am not aware of a ‘culture of corruption.’ In getting to know my fellow council members since being appointed in March, I am impressed by their passion and commitment to the people of Cincinnati," Kearney wrote.

When Smitherman was asked if he had ever been offered a bribe, he responded, "Never."

The five made the admission in settling a lawsuit by local government watchdog Mark Miller, treasurer of the Coalition Opposed to Additional Spending and Taxes (COAST). Miller contended that the five agreed through text messages on a united position regarding the firing of then-City Manager Harry Black without meeting in public.

The 626 pages of text messages released to the public as part of the lawsuit revealed gossip, name-calling, rumors of extramarital affairs, high-school level backstabbing and the secret side to how City Hall business really gets done.

The texts also revealed the massive amount of government business that the five council members conducted behind closed doors and away from public scrutiny.

Smitherman said he still wants the five to reimburse the city for $176,000 in legal fees related to the lawsuit.

In September, special prosecutor Pat Hanley announced that the tampering-with-evidence investigation into the “Gang of Five” was closed, in a letter to Hamilton County Prosecutor Joe Deters.

"Cincinnati is quickly gaining a reputation as one of the most corrupt cities in the country," Sundermann said at a press conference this week announcing a new charter amendment. It would give city council the ability to remove or suspend a member from office who was charged with corruption. Currently the city lacks that ability.

When WCPO asked if Landsman had ever been offered a bribe, he responded: "No."