How many paychecks did PPP loans protect? 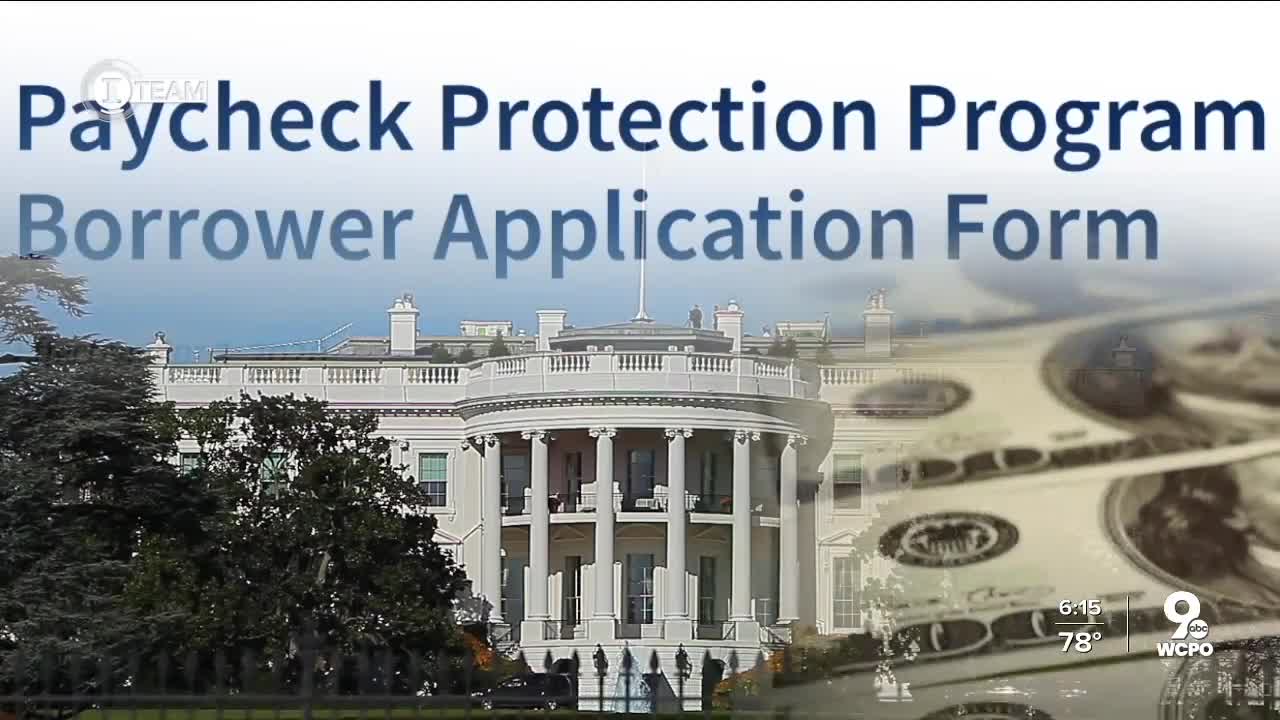 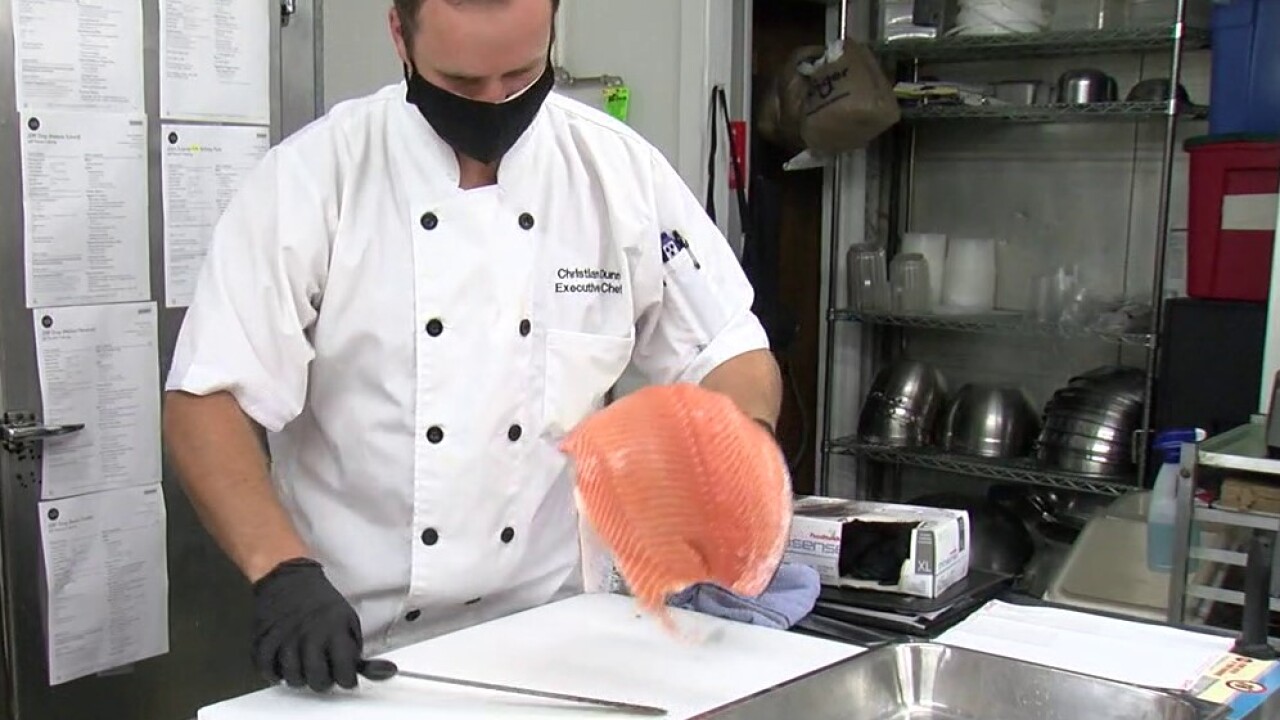 CINCINNATI — Jeff Thomas had to dig deep to save his 35-year-old catering company from the coronavirus pandemic.

After demand evaporated for weddings, nonprofit galas and corporate events this year, Ludlow, Ky. -based Jeff Thomas Catering Inc. borrowed $197,900 through the Paycheck Protection Program. The small-business relief program, created by the CARES Act, offers loans to companies that agree to spend at least 60% of proceeds on wages.

Thomas said he’ll have no trouble meeting that standard, as the company typically operates with a $10,000 weekly payroll. But that doesn’t mean Thomas was able to avoid cutting jobs – including his own – before he secured his PPP loan in June.

“I had to go on unemployment for three months,” Thomas said. “It was the strangest feeling in my life, when you’ve been an entrepreneur that long, just to pay my own bills.”

Jeff Thomas Catering was not among the 15 companies that filed a WARN notice. Federal law doesn’t require notices for companies with fewer than 100 employees. But Thomas furloughed all of his roughly 90 employees for three months prior to securing a PPP loan June 16.

Among the PPP borrowers that filed WARN notices after getting loans were Cincinnati Museum Center and Arandell Kentucky LLC, which closed its Walton printing plant July 31, eliminating 112 jobs.

“We have no new client orders to print after June 15,” Cristi Wisniewsky, Arandell’s director of human resources, wrote to Kentucky’s Labor Cabinet June 8. “During this pandemic, Arandell Kentucky’s business has dramatically declined, and we recently, and unexpectedly, learned that several of our customers have filed for bankruptcy, leaving us with unpaid bills.”

The I-Team sought comments from all 15 companies that filed WARN notices. Only a few responded.

Superior Chevrolet used its PPP loan to recall a majority of the 72 employees it laid off April 1, said Ken McCormick, human resources vice president for the auto dealership. McCormick declined to reveal the exact amount of its April 15 loan, which SBA records estimate at between $1 million and $2 million.

Cincinnati Museum Center used its $2 million PPP loan on payroll and facility costs over eight weeks, CEO Elizabeth Pierce said in an email. But it still posted a $1 million loss in the 12 months ending June 30 and is operating at 20% capacity since re-opening July 17.

“If we are only able to operate at a 20% capacity throughout fiscal year ‘21, we anticipate a $2 million deficit,” Pierce added. “We are doing our best with remaining staff of about 100 full-time folks to maintain our collections, continue exhibit development and production, deliver online educational programs and some in-person programs to pandemic childcare centers and in the museums.”

'It's not been perfect'

Combined, the 15 companies were approved for loans between $31.5 million and $69.4 million, after stating in loan applications that they aimed to retain 2,009 jobs. They announced layoffs or furloughs impacting 1,875 jobs. A similar analysis by S&P Global Market Intelligence found 157 PPP recipients announced 15,814 layoffs or furloughs nationwide between May 1 and July 17.

“We know it’s messy. We know it’s not been perfect,” said Northern Kentucky University Economist Janet Harrah. “But overall, it’s done what it was supposed to do, and that was save people’s jobs.”

PPP rules do not forbid layoffs, but they incentivize against them by forgiving loans when companies use at least 60% of proceeds to cover payroll expenses.

Harrah isn’t surprised that companies announced layoffs before and after using PPP because loan amounts were designed to cover up to 2.5 months of payroll, but could also be used for rent, mortgage and utilities.

Harrah thinks the Paycheck Protection program kept about 25% of the Tri-State’s 1.1 million jobs from being permanently eliminated. But she also thinks rolling shutdowns and waves of COVID-19 infections will keep the economy from recovering quickly. So, additional layoffs are possible – even among those bailed out by PPP.

The I-Team has been analyzing the impact of the $2 trillion CARES Act by exploring how stimulus money is being spent in the Tri-State. So far, we’ve tracked $700 million in stimulus payments to local hospitals and explored how a fraud attack on Pandemic Unemployment Assistance benefits is impacting Ohio.

And for several weeks now, the I-Team has been studying SBA data on more than 29,000 PPP loans approved for Cincinnati-area companies, nonprofits, schools and churches. Last month, we explored how well local banks performed in their role as the program’s gatekeeper.

In this report, we explore whether the program actually saved local jobs.

Throughout this report, you’ll find interactive charts that explain which industries did the best job of using PPP loans to retain employees. We also discovered that smaller loans delivered a bigger bang for the buck when it came to retaining jobs. Loan amounts between $150,000 and $350,000 retained 1.8 jobs for every $10,000 in PPP loans, the SBA’s data shows, while loans between $5 million and $10 million retained 0.8 jobs per $10,000.

I-Team’s analysis shows PPP loans delivered at least $2.9 billion to organizations that indicated they would retain nearly 400,000 jobs. That implies up to a third of the region’s 1.1 million jobs were saved by PPP.

But the SBA’s data is far from perfect. More than 2,000 loans list zero jobs or contain no information about jobs in the government’s data. Still others contain numbers that don’t match what company officials told the I-Team about how they were using PPP loans.

How three companies are protecting paychecks

Jeff Thomas Catering is a case in point. SBA records show the company was approved June 16 for a PPP loan that would retain 140 jobs. Owner Jeff Thomas confirms he received the $197,900 loan June 17. He also said 140 was the number of W-2 wage statements the company sent to all employees in 2019. Thomas said the company actually had 14 full-time employees and up to 90 part-timers at any given time prior to the pandemic.

The company shut down in mid-March, when Ohio and Kentucky ordered an end to public gatherings. When PPP loans debuted April 3, Thomas had no interest in applying because the loan wouldn’t be forgiven unless he spent at least 75% of proceeds on payroll within eight weeks. At that time, Thomas said he “had no product to sell.”

But Congress changed the rules with the PPP Flexibility Act, signed into law June 5. It allows loans to be forgiven if 60% of proceeds are used for payroll expenses over 24 weeks. Thomas has since brought back 11 full-time employees and about 40 part-timers. Although his business hasn’t fully recovered, Thomas said it’s in much better shape because of PPP.

“I think it was smart of our government to keep my company in business,” Thomas said. “I probably could have made it through this year without it. But I don’t know that I’d be sleeping at night.”

Full Throttle Adrenaline Park has more employees today than before the pandemic forced it to close in March, said co-founder Aaron Banfield. But you wouldn’t know that by looking at the SBA’s data. It shows Full Throttle Indoor Karting LLC was approved for a loan of $150,000 to $350,000 April 9 after indicating it would retain 113 jobs.

Banfield said the company now has about 125 employees at its two locations in Florence and Springdale. Most of them are part-time employees who didn’t work from mid-March to late May.

“We were closed for three months with zero revenue,” Banfield said. “Without the PPP, we probably would have run out of cash and had to make some real tough decisions.”

Instead, the company used the down time to install an indoor paintball arena in its Springdale location and keep its full-time workers busy.

“We didn’t lay off any of our professional staff,” Banfield said. “My group sales manager, my mechanics, we kept them working the whole time because those are the employees who are going home and actually paying their bills with this job.”

As for part-timers, Banfield said he “found things for the staff to do” as it prepared to re-open, disinfecting public spaces and staging the building for social distancing.

“We absolutely got people back to work sooner because of the PPP loans,” he said.

The temporary employment agency Roots Staffing is another PPP loan recipient that doesn’t match the government’s data. The Warren County company was approved for a loan of $150,000 to $350,000, after indicating it would retain 500 jobs.

Founder Brett Ralston said that number included temps that the company places in local manufacturing jobs. Ralston said he has since returned all but about $80,000 in loan proceeds, money that will cover payroll for four full-time employees and four part-timers.

“We didn’t want to keep the money for temps,” Ralston said. “We kept money to allow our internal staff not to be laid off.”

The I-Team visited the kitchen at Jeff Thomas Catering in what the founder called “a non-revenue week.” There were no events on the calendar, but full-time employees shifted their focus to filling next year’s schedule and selling virtual galas – fundraising events in which food is delivered to dozens of homes so donors can dine together online.

Thomas said the company will be lucky to reach 50% of last year’s revenue. So, his PPP loan is needed to make ends meet.

“If I didn’t have it right now after this many months, I’d be hanging on by my toenails,” he said.

General Manager Steve Waddell is grateful that government help arrived when it did.

“I’m definitely better off than I would have been without the CARES Act,” he said. “It’s scared me a lot, more so for the employees than for myself. I mean, I can figure out something. But, you know, some of these people live paycheck to paycheck and have hardships outside of work that they already have to contend with. Then, to have this fall on top of it, I was really concerned for them.”

Waddell was the company’s head chef prior to the pandemic. But he got a promotion when its former general manager decided not to return after the shutdown.

“I’d just bought a car,” Waddell said. “I had made one payment when we shut down. I reached out to the bank and they said what they could do was suspend three months of the payments and then take it on a month-by-month basis following that.”

Wedding Coordinator Jessica Marsh said it took a month for her unemployment benefits to begin. But even with Pandemic Unemployment Assistance provided by the CARES Act, she was eager to get back to work.

“Staying on unemployment with a family and three children is not something that I wanted to do,” Marsh said. “I needed to have a full-time position.”

“I like to be busy all the time, feel like I’m continually progressing in life,” Combs said. “I actually struggled with mental health a lot during this quarantine and the shutdown, so I was just happy to be back at work.”