Abuse survivor: 'It needs to come out' 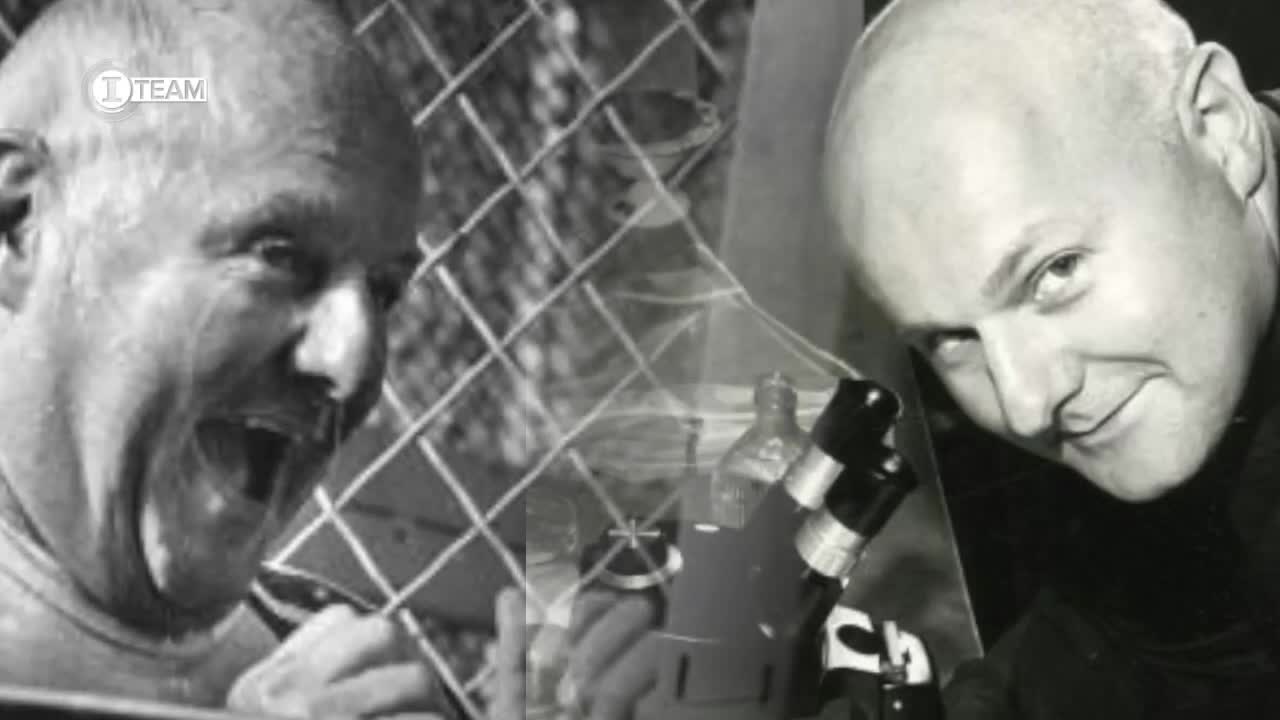 In personal journals from the 1980s, a Catholic priest repeatedly accused of molesting boys, asks God to forgive him. The Rev. Herman Kamlage worked at eight northern Kentucky churches. He died in 2018. BURLINGTON, Ky. — I've failed you again. I haven't been faithful to my office for 10 days.
I still have these primitive urges.
August 9, 1981

In a series of hand-written "love letters" to God, penned over the course of four years, The Rev. Herman Kamlage, a Catholic priest, begged for forgiveness for undisclosed "carnal" behavior that he claimed he could not control.

In July, the Diocese of Covington publicly identified Kamlage -- who held positions at eight northern Kentucky parishes -- and 89 other former diocesan employees who had "substantiated" allegations of child sexual abuse made against them.

Nearly all of the entries end with Kamlage's signature.

"It does give you a true insight view into his soul, which I believe is an evil soul" said Dean McCoy, a former altar boy at St. Joseph Catholic Church in Crescent Springs, Ky., where Kamlage was an assistant priest in 1984.

McCoy said someone with knowledge of accusations against Kalmage gave him the journals after he came forward in July as a Kamlage abuse survivor in a WCPO 9 I-Team report.

The I-Team independently confirmed dozens of details in the journal entries by comparing them to other records, including Catholic church directories, real estate documents, court records and newspaper articles. Our investigation also included a series of background interviews with several sources who asked that we not identify them.

WCPO 9 News rarely uses unnamed sources. But in this case, the I-Team agreed not to name several individuals with knowledge of Kamlage's history in order to protect their identities because they had unique access to information and individuals that advanced this story, and helped the I-Team confirm and provide additional context for journal entries.

Based on our investigation, we found the journals to be authentic.

The I-Team emailed a request for comment to the diocese, but we have not received a response.

"I think the journal is important because it gives a look at least at this particular perpetrator," said Thomas Doyle, a former Catholic priest and canon lawyer in the Vatican Embassy in Washington, D.C.

Doyle consulted for alleged victims of sexual abuse by priests in a 2003 class action lawsuit against the diocese.

"This is a fortunate find to find these journals and to have them available to be seen and studied," Doyle said.

Doyle said the journals provide the rare opportunity to read how an accused pedophile priest described his actions to God during the time he allegedly abused children, and how he justified his actions, even though he felt the need to seek forgiveness for what he had done.

Doyle said the journals could help with research and treatment of child predators and their victims.

"This could help the rest of us understand that inner turmoil," Doyle said.

McCoy said he hopes this story -- and the revelation of what's contained in the journals -- will encourage other survivors to confront what happened to them, understand it wasn't their fault and get the help they need to overcome it.

McCoy said Kamlage gained the trust of boys and their parents, which created opportunities for him to abuse them.

"When you're young, it's cool that someone of the cloth kind of befriends you and wants to do fun things with you," McCoy said. "He always had places to take boys."

McCoy said Kamlage invited him and his late brother for visits to the priest's cabin next to Lake Carnico in Carlisle, Ky., where Kamlage encouraged boys to talk about their sexuality and take off their clothes and go swimming.

"It was always those preludes that would open the doors for sexual abuse," McCoy said.

McCoy declined to discuss what happened to him and his brother.

Court records show five other men accused Kamlage of sexually assaulting them during childhood visits to his cabin.

Those alleged victims said they were ages 5-18 at the time of the abuse.

Several alleged victims said Kamlage gave them alcohol and watched sexually explicit movies with them prior to the abuse.

One man, who was 5-6 years old at the time of the alleged abuse, described Kamlage as his "regular babysitter." He said his parents dropped him off at Kamlage's cabin because they "trusted him."

Two sources told the I-Team that Kamlage referred to an alleged victim in the following journal entry:

........is coming tonight. What fantasies and anticipation. How to reconsile? (sic) It's compulsive. How does one break that? It's like I'm spineless. Help me!
December 13, 1983

"It's sickening," McCoy said. "It's almost like a killer's trophy case."

In the journals, Kamlage repeatedly wrote about his self-described "struggles with gayness."

At 51 I'm struggling like a young teenager with my sexuality. Why? Some young guys have their act so together - why not me? Is this my cross? Was my maturity arrested in my youthful struggle - when I had no real struggle - just guilt - or is that really true?
September 1981

But in the journals the priest claimed to "love" and "know" the boys he nicknamed and allegedly abused, sources said.

"My guess is he didn't think anybody was ever going to read these," Doyle said.

In his journals, Kamlage wrote about his appointments with a psychologist, and how the therapy helped him, even though he kept "failing" to keep his promises to God.

"The bottom line is: confession means nothing without changing behavior," said Dr. Stuart Bassman, a Cincinnati psychologist who has provided therapy for abusers and survivors for more than 30 years.

Bassman declined to discuss Kamlage because he had "never met him," but Bassman said the greater purpose for this story is that survivors will see they can get support and recover.

"So many people think that when you're a victim of sexual abuse you're doomed," Bassman said. "You're not."

After Kamlage left his Carlisle parish in 1981, he worked or lived at six churches during the next eight years, including Saint Joseph in Crescent Hills, where Dean McCoy says he met Kamlage for the first time.

In 1994, the diocese "restricted" Kamlage's ministry.

A year later, he "retired."

In 2002, the diocese banned Kamlage from public ministry.

Now, as McCoy revisits his painful past, the former altar boy hopes other survivors will learn to trust and heal.

"I hope other people who have been abused would come forward," McCoy said. "It feels good to get it off your chest and move on, and take care of the ones that you love. And take care of yourself."

Survivors Network of Those Abused by Priests

Support for survivors in the Tri-State