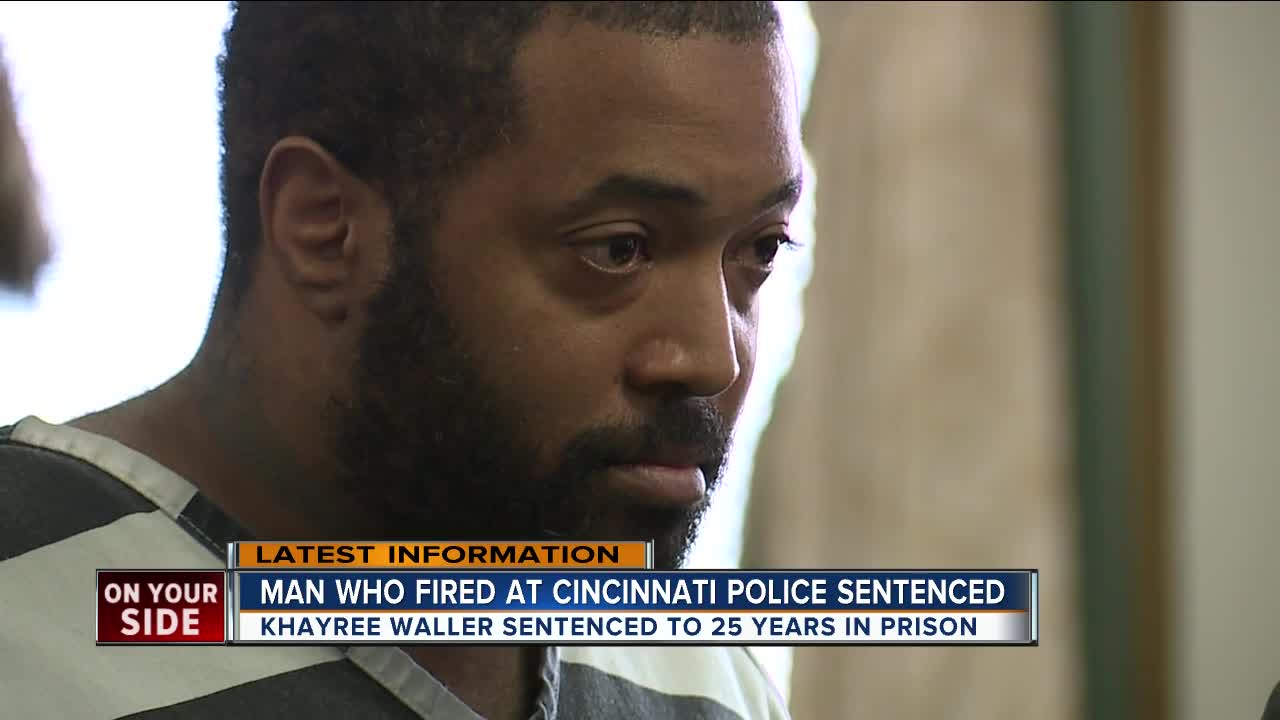 Khayree Waller, 33, pleaded guilty in May to two counts of attempted murder. Waller admitted that he shot at Cincinnati Police Department officers Adarryl Birch and Ken Byrne as they stood on the front porch of a home in College Hill. 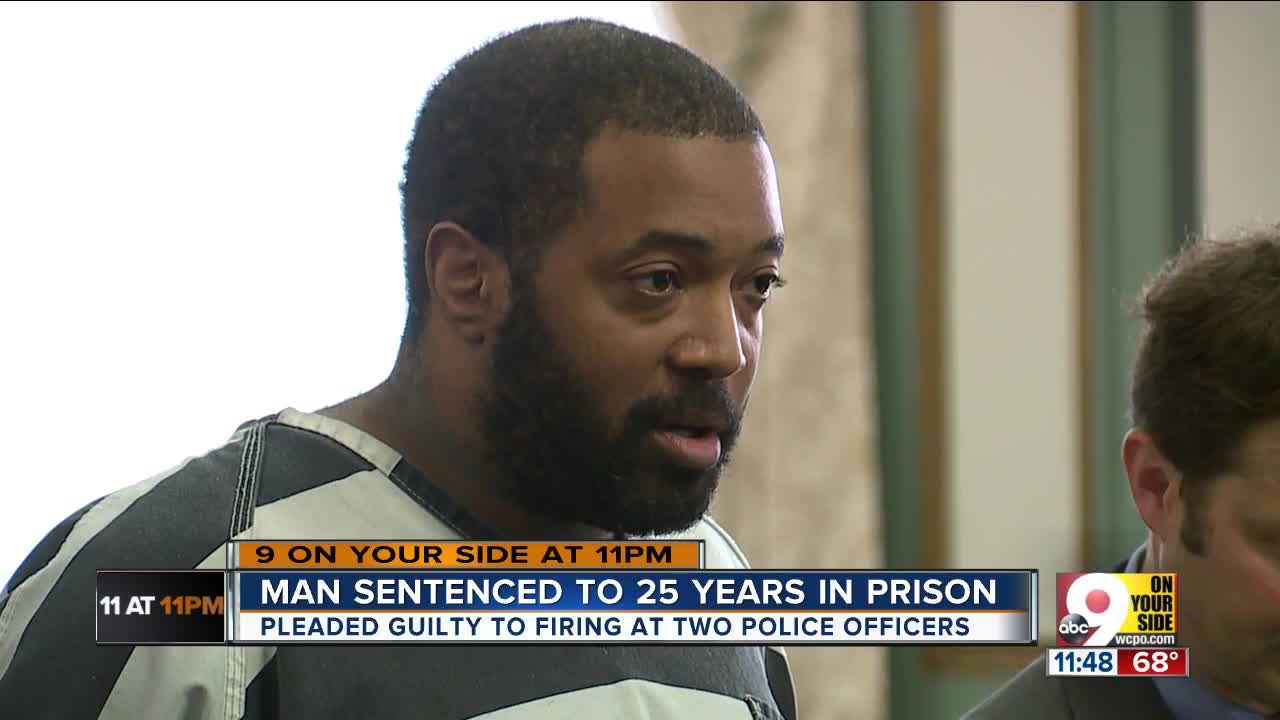 CINCINNATI — A man who admitted to firing a rapid burst of bullets at two Cincinnati officers in 2018 was sentenced Wednesday morning to 25 years in prison.

Khayree Waller, 33, pleaded guilty in May to two counts of attempted murder. Waller admitted that he shot at Cincinnati Police Department officers Adarryl Birch and Ken Byrne as they stood on the front porch of a home in College Hill.

The officers returned fire as Waller drove away. CPD officers, including Birch and Byrne, pursued Waller's vehicle for 10 minutes before Waller crashed and the officers arrested him.

Body cameras worn by Birch and Byrne documented the exchange of gunfire, the vehicle pursuit and the arrest.

Based on WCPO's review of the body camera video, here's how the incident unfolded.

The officers' flashlights cut through the darkness just after midnight on May 3, 2018, as the officers approached a home on East Way in College Hill.

The home had reportedly been hit by gunfire, and the officers were doing a welfare check on the occupants.

"House don't look like it's no worse for wear," Birch said. "The cars look intact."

The porch light was on. Birch rang the doorbell.

"I heard somebody," Birch said.

Seconds later, a red hatchback drove down the street near their marked police car, followed by a rapid burst of gunfire that missed both officers. They fired back as the car drove away.

"Shots fired," Birch radioed in to dispatch. "Subject in a red hatchback."

The pair ran to their car as Birch clarified that the shots were fired "at us."

The officers climbed into their vehicle and, with Birch behind the wheel, sped in the direction of the hatchback with lights and sirens wailing.

Birch asked the dispatcher to send officers back to the home in College Hill to make sure the residents were safe and unharmed.

The dispatcher relayed Birch's description of the suspect's car and its possible location as other officers joined the search for the red hatchback.

"I see a car head up. I think that's him," Birch told Byrne. "You see how fast this car is driving?"

"We got him," Birch told dispatch. "He's coming to Gray and Winton right now."

The officers were close enough to read the Kentucky license plate on the back of the red hatchback.

"How many rounds you have?" Byrne asked Birch as the officers prepared for the possibility of using their weapons again.

"Same here," Byrne replied. "I'm getting ready in case he fires out that window,"

Ten minutes after the gunfire began, the red hatchback crashed a half-mile from where the shots had been fired.

Byrne got out of the squad car first, his gun aimed at 32-year-old Waller.

Another officer ran up behind Waller and Birch handcuffed him.

With Waller under control, the officers turned their flashlights on the red hatchback.

Police supervisors at the scene encouraged Byrne and Birch to rest and let other officers pick up the investigation.

"I just wanted to make sure we caught him."