Schools, roads still getting cleaned up after Sunday night's flooding

Some warnings continue into Wednesday 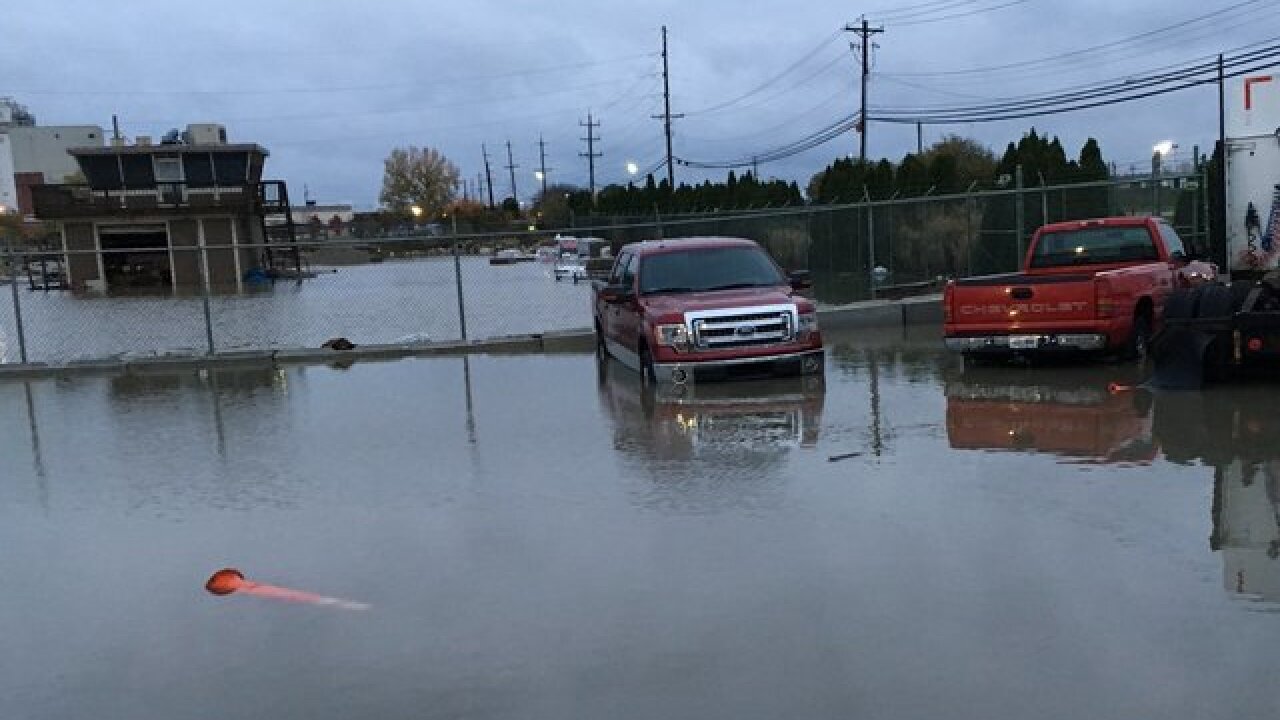 Copyright 2017 Scripps Media, Inc. All rights reserved. This material may not be published, broadcast, rewritten, or redistributed.
Evan Millward | WCPO
<p>Businesses along the Mill Creek were flooded by Monday morning.</p>

SPRINGFIELD TOWNSHIP, Ohio -- Although meteorologists predicted Tuesday morning would bring showers instead of the floods that doused Greater Cincinnati Sunday night, some waterlogged schools and roads remained closed as officials worked to clean up the damage.

Whitaker Elementary School lost windows, carpet and much of its library to floodwaters Sunday night, superintendent Terri Noe said. Although the damaged items were insured, the cleanup still necessitated a Tuesday closure.

"It has to be inspected and cleared before we can bring children back in here," Noe said. "Or adults, for that matter."

Areas affected and closed include:

This hallway inside the Reading middle/high school is full of muddy flood water. Crews working to clear it now @WCPO pic.twitter.com/Sk90lfOg6k

Great Miami River: Flood warning at Miamitown until late Tuesday night. At 4:45 a.m., the stage was 14.7 feet. Flood stage is 16 feet. Moderate flooding is forecast. The river will rise above flood stage by early Monday morning and continue to rise to near 24.5 feet by Monday evening. The river will fall below flood stage by Tuesady evening. At stages near 24 feet, moderate flooding occurs along the Great Miami River south of Miamitown over southwest Miami Township, with water affecting cottages along the east bank of the river. Flooding also occurs along the river from New Baltimore to Cleves.

Little Miami River in Warren County: Flood warning in northeastern Warren County until 5:15 a.m. Wednesday. At 5:19 a.m. Monday, the river gage near Spring Valley indicated that flooding was occurring along the Little Miami River. Water will rise into low-lying areas close to the river near Spring Valley, Roxanna and east of Waynesville. Water will approach low areas of Corwin Road, as well as Waynesville and Middletown Roads. Flooding will occur along the river on Factory Road and North Valley Road in Beavercreek.

If your home has flooding, follow these tips to deal with the damage: