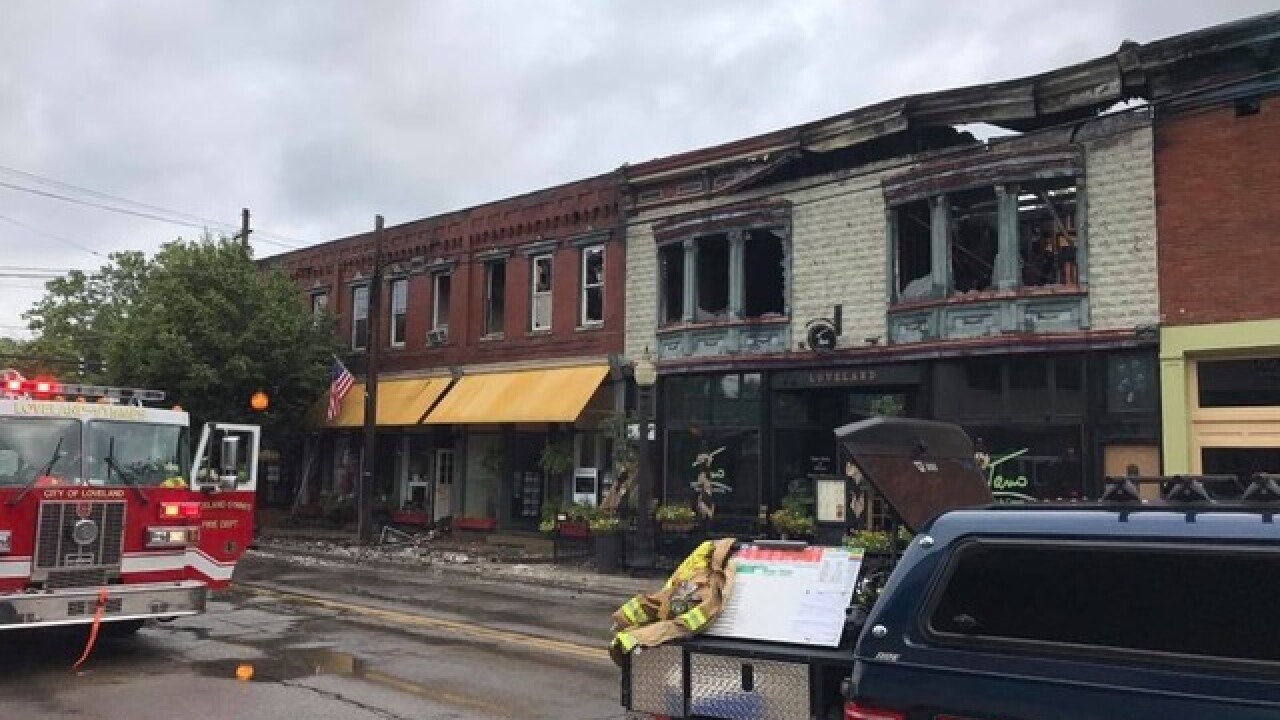 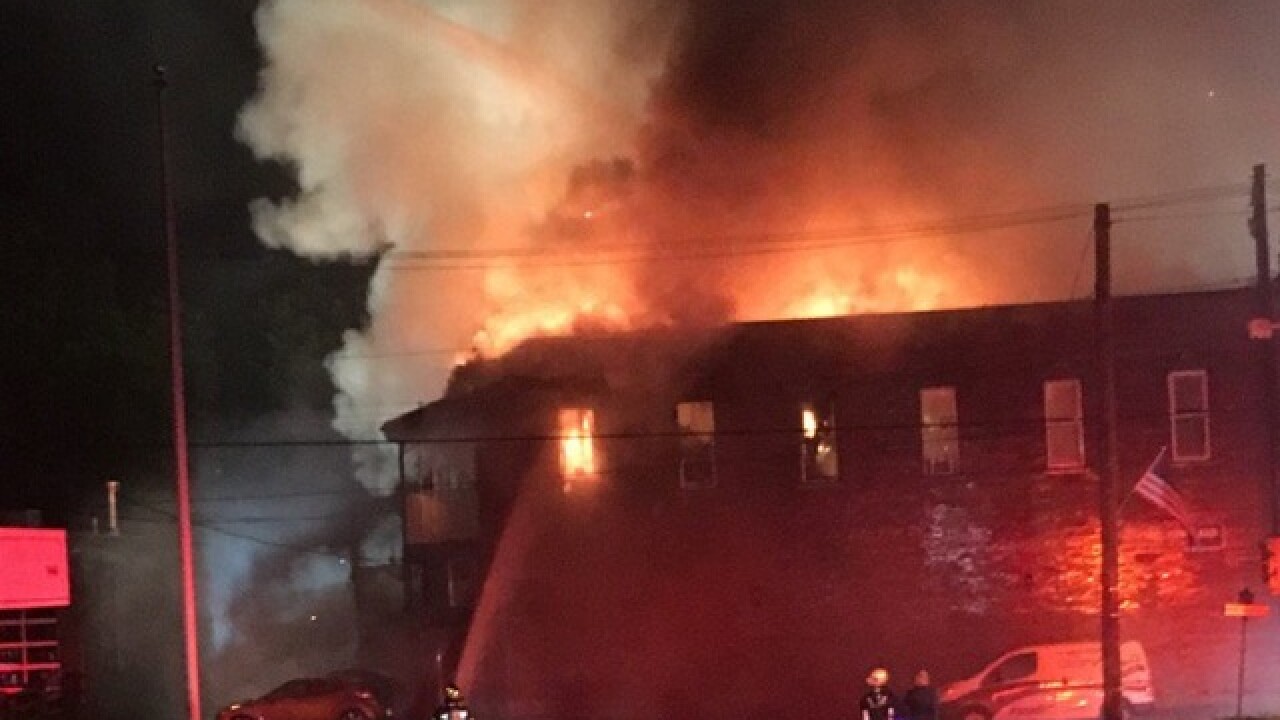 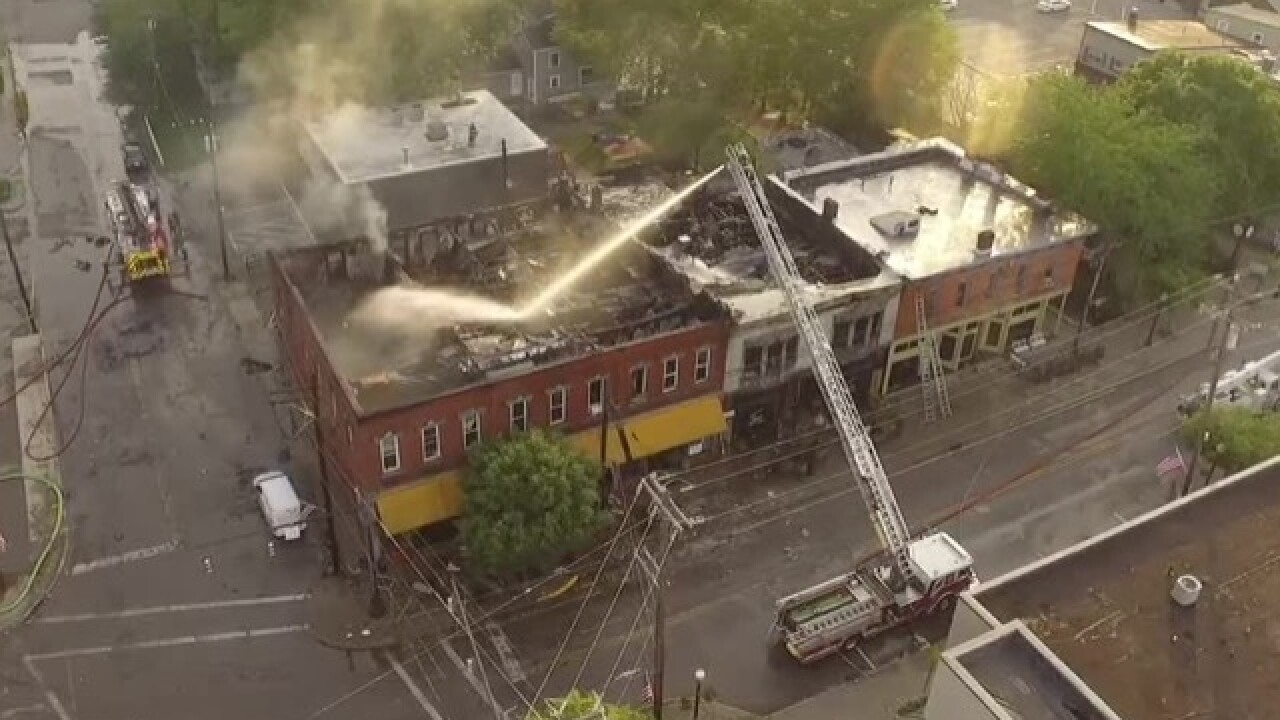 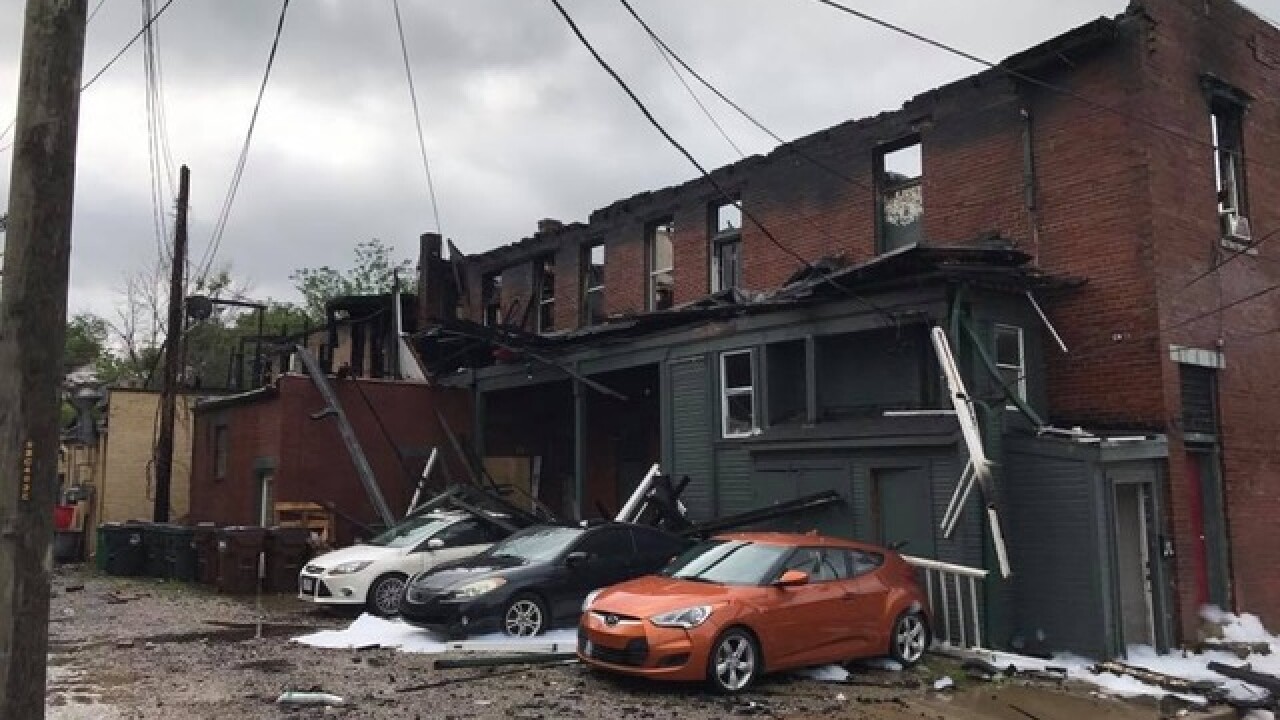 Editor's note: This story initially indicated Paxton's was one the locations affected. To clarify, the location affected is the old Julian's space, which Paxton's ownership was in the process of renovating.

LOVELAND, Ohio -- Historic downtown Loveland, beloved for its small-town charm, was dealt a serious blow early Sunday. The community has vowed it won't be fatal.

A massive fire gutted the upper floors of three buildings on West Loveland Avenue, near the Little Miami Scenic Trail. Everyone escaped unharmed.

Firefighters with the Loveland-Symmes Fire Department were first called at about 1:30 a.m. Roofs collapsed. Facades, once quaint and familiar, were left scorched, soaked and blackened from smoke.

It took firefighters more than six hours to get the flames under control and to put out any hot spots hidden within the historic structures.

Tano Bistro and Catering, a dress boutique and a realtor's office are among the buildings affected. The former Julian's space, which Paxton's ownership was renovating, also is affected. It was set to open in the next week or two as Bike Trail Junction.

Apartments above the businesses were destroyed.

Loveland City Manager David Kennedy said Sunday evening the fire started above Tano's walk-in cooler, and it is believed to have been caused by an electrical issue.

"As a community, we just have to rebuild and come together," said Katie Miller, hired to be assistant general manager of Bike Trail Junction. "There are a lot of people that are now out of jobs, and the tenants have lost everything."

Miller said she'd gone to bed early Saturday night, exhausted from getting the new business ready for its opening. Her son woke her at about 5 a.m., and she started crying before she threw on some clothes and rushed to see what happened.

"It's devastating," she said. "This is a huge part of Loveland history."

Access into and out of the buildings made firefighters' work more challenging. Deputy Chief Billy Goldfeder said one firefighter was pulled out because of exhaustion.

Smoke is making the air difficult to breathe, walk through near W. Loveland and Karl Brown Way. @WCPO pic.twitter.com/q2eZKd1tpq

"It's been remodeled 10, 15, 20 times, so it's broken up a lot," Deputy Fire Chief Josh Blum said. "And with older buildings, it's unprotected with a sprinkler system, the area that burned. But actually, the area on the other end that's connected has a sprinkler system, and it did not burn -- it just sustained some water damage."

West Loveland Avenue was closed between Riverside and Second Street into Sunday afternoon.

CLOSURE: Loveland Ave between Riverside Ave and 2nd St. is closed due to fire in the area. @wcpo #LovelandOH pic.twitter.com/dvF10Wtf7J

The city will work with owners to save the buildings, Kennedy said. City staff are working with a structural engineer on the best way to secure them in the meantime. Kennedy said all other downtown buildings are safe and open.

"At the end of the day, lives weren't lost," Miller said. "And all of our amazing fire department is safe, so we're grateful for that."