His criteria: 'Speak Spanish, charged with a lot of drugs, not from here' 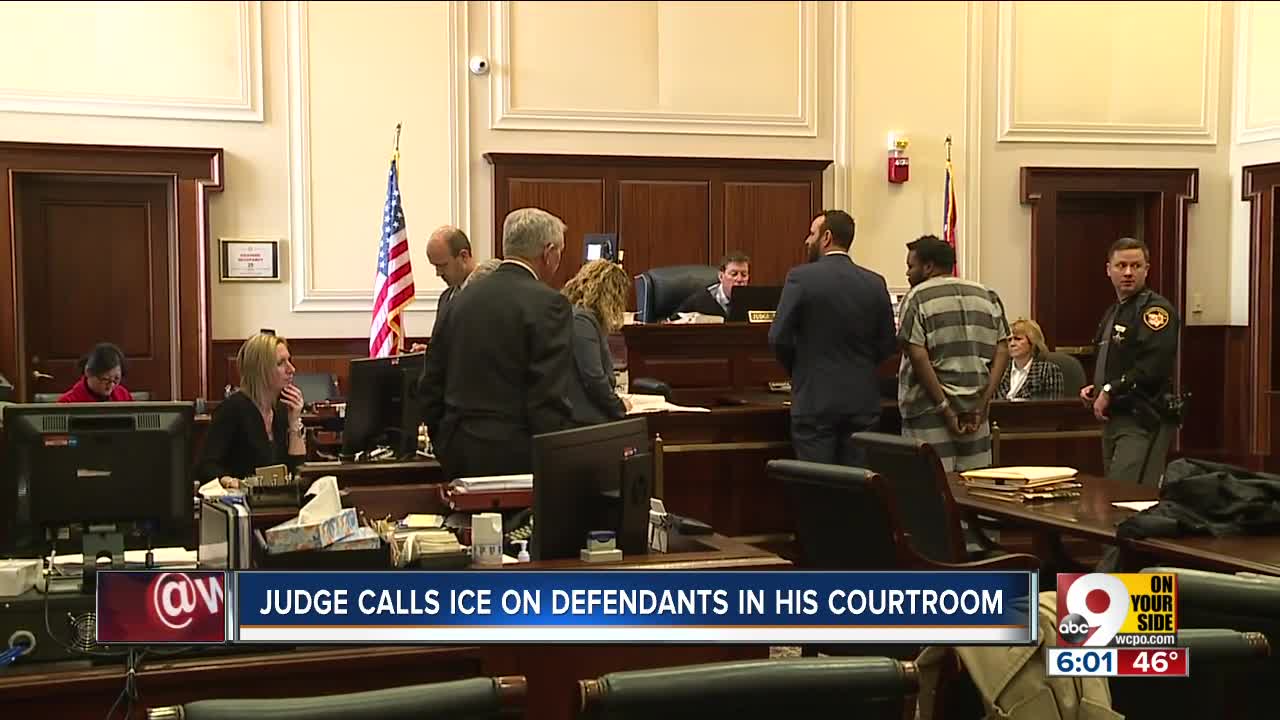 In a statement to WCPO, ICE said courthouses are often the only place agents can find a person, and visitors are typically screened upon entry to search for weapons and other contraband, so the safety risks for the arresting ICE officers and for the arestee are substantially diminished. Sheriff Jim Neil also released a statement saying he would like to know if ICE is coming into the courthouse he is in charge of protecting. 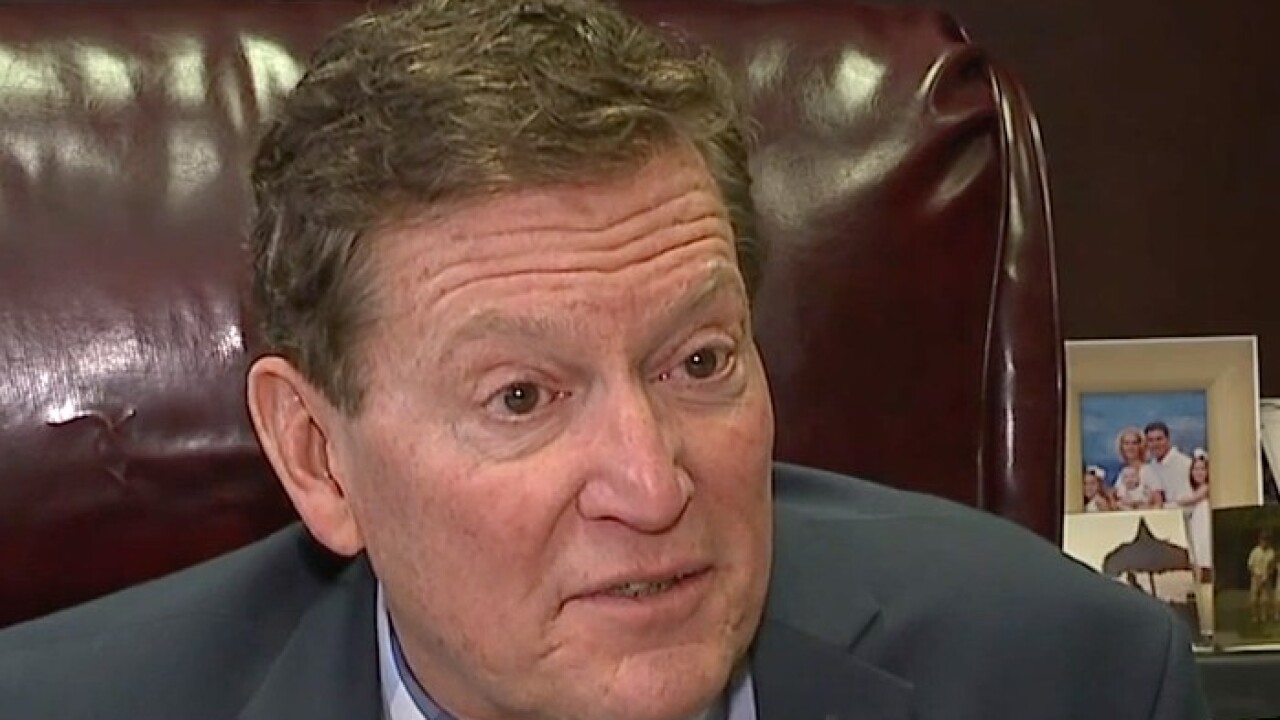 CINCINNATI — A Hamilton County judge told WCPO he regularly calls U.S. Immigration and Customs Enforcement on defendants in his courtroom when he suspects they could be in the country illegally.

"I call ICE in a minute. I have no problem calling ICE," said Common Pleas Court Judge Robert Ruehlman.

“I do. I do not think every judge does that. I think I'm the only judge that does that, but I do. I think it's important,” Ruehlman said.

This is the latest development to come from a story WCPO broke last week - that federal agents in plain clothes enter the courthouse to detain migrants.

Ruehlman described to WCPO the criteria he uses to suspect a person could be here illegally.

“It's not racial profiling. It's just common sense,” Ruehlman said. “They speak Spanish, they're charged with carrying a lot of drugs, and they're not from here. It’s pretty clear they’re illegal immigrants, you know, and if it turns out they are a citizen, then there's no harm, no foul."

“I call them (ICE). I say, ‘I think we have an illegal immigrant here.’ And they confirm it,” Ruehlman said. “I give them the name and birthdate and where they're from. They run them. They say, ‘Yeah.’ Then they go to the jail and they put a holder on them.”

A holder prevents someone from bailing out before trial.

Nancy Sullivan, an advocate for migrants, said she's conflicted in this case.

“I don't think this is the best way to go about it,” Sullivan said. “Nobody wants a convicted criminal on the street who hasn't served time or done whatever, but I think it has a very chilling effect on getting crime victims or witnesses to come to court.”

Ruehlman said ICE has never pulled a victim or witness from his courtroom and he doesn’t think what he does disrupts the court process or deters victims from testifying.

“That's never even come up,” the judge said. “ … That's just a red herring thrown in by the people against it who think that we should allow people that are here illegally to stay. I don't think they should.”

In a statement to WCPO, ICE said courthouses are often the only place agents can find a person, and visitors are typically screened upon entry to search for weapons and other contraband, so the safety risks for the arresting ICE officers and for the arrestee are substantially diminished.

Sheriff Jim Neil also released a statement saying he would like to know if ICE is coming into the courthouse he is in charge of protecting.

See their statements below:

Walls wrote that current policy "instructs agency personnel to avoid conducting enforcement activities at sensitive locations unless they have prior approval from an appropriate supervisory official or in the event of exigent circumstances. The sensitive locations specified in the guidance include schools, places of worship, and hospitals. Under the policy, courthouses are not considered sensitive locations.

“Now that many law enforcement agencies no longer honor ICE detainers, these individuals, who often have significant criminal histories, are released onto the street, presenting a potential public safety threat. When ICE officers have to go out into the community to proactively locate these criminal aliens, regardless of the precautions they take, it needlessly puts our personnel and potentially innocent bystanders in harm’s way.

“Courthouses are sometimes the only location that ICE can expect a fugitive/criminal alien to appear at a scheduled time, and courthouse visitors are typically screened upon entry to search for weapons and other contraband, so the safety risks for the arresting ICE officers and for the arrestee are substantially diminished. In such instances where ICE officers seek to conduct an arrest at a courthouse, every effort is made to take the person into custody in a secure area, out of public view, but this is not always possible.”

"I was recently advised that the U.S. Immigration and Customs Enforcement (ICE) officials arrested individuals in a municipal court at the Hamilton County Courthouse. My office was not aware of this activity — nor would I be aware of it — because my office is not responsible for security in these courtrooms.

"We are only responsible for security in the Courts of Common Pleas and the hallways within the Courthouse. Hamilton County Clerk of Courts Aftab Pureval is in charge of security in the municipal court rooms. Furthermore, my office does not have a partnership of any kind with ICE regarding these types of enforcement actions.

“While I do not have the authority to prohibit another law enforcement agency from entering a courthouse that is open to the public, my primary concern is that anyone who is a victim or witness to a crime should be able to fully participate in the judicial process to further justice and remove dangerous criminals from our streets."