Clerk of courts and sheriff said they were unaware 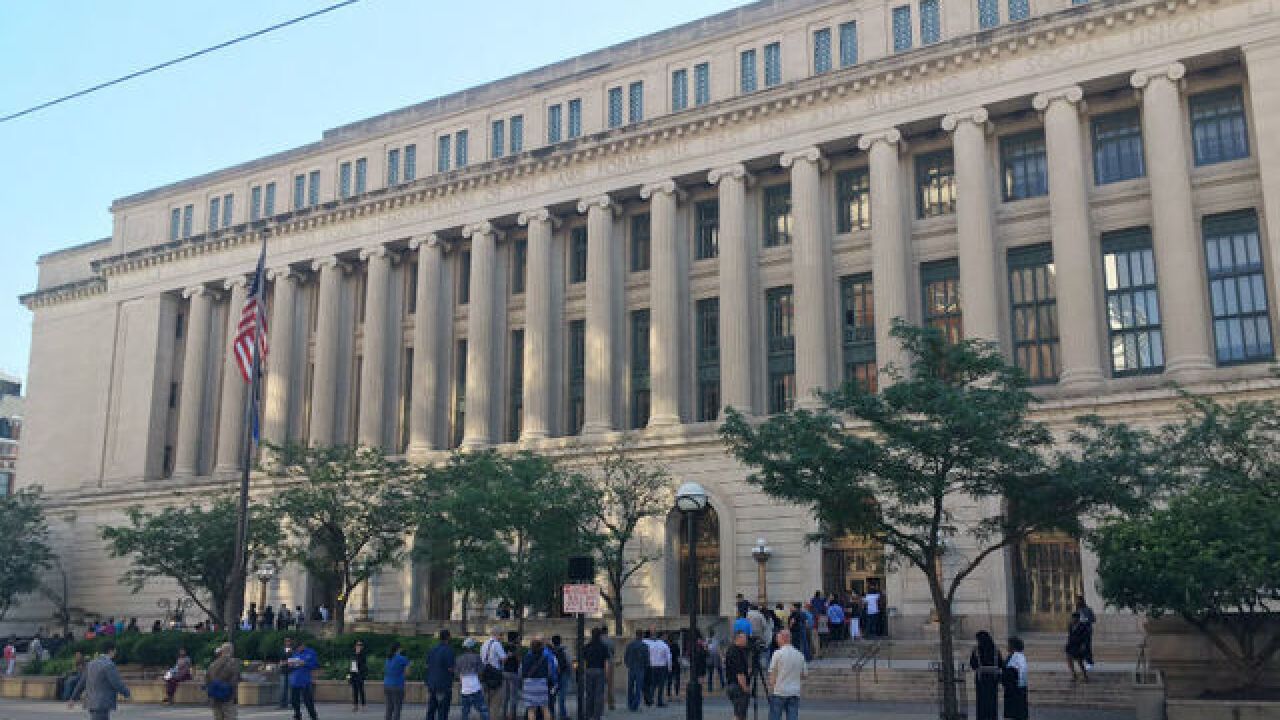 Copyright 2017 Scripps Media, Inc. All rights reserved. This material may not be published, broadcast, rewritten, or redistributed.
<p>Hamilton County Courthouse</p>

CINCINNATI -- Without the knowledge of Hamilton County's sheriff, Immigration and Customs Enforcement agents have been entering the Hamilton County Courthouse in search of migrants as they come out of courtrooms, according to multiple agencies.

Both Hamilton County Clerk of Courts Aftab Pureval and Hamilton County Sheriff Jim Neil said they did not know it was happening and expressed concern that ICE's presence in the courthouse could interfere with the judicial process.

"I've seen them every couple of months, different agents," said Niro Wijesooriya, a bailiff in the Hamilton County Courthouse. "Usually, one or two agents show up, and come in and introduce themselves to me and say they're looking for a particular defendant that's on the docket, and that they will be outside the courtroom."

He said they blended in by wearing plain clothes, and went unnoticed in the courthouse.

This happens in the municipal courts, according to Wijesooriya, where the most serious cases are misdemeanor domestic violence and assault charges. He said he was worried the presence of ICE agents could potentially deter immigrant victims and witnesses from giving testimony.

"So some people who are dangerous to our community might continue to be freed because of the reluctance of immigrants to testify," he said.

Pureval's office said he was previously unaware of ICE's presence within the Hamilton County Courthouse and would prefer the federal agency give his office a courtesy call before coming.

"I was recently advised that the U.S. Immigration and Customs Enforcement (ICE) officials arrested individuals in a municipal court at the Hamilton County Courthouse. My office was not aware of this activity — nor would I be aware of it — because my office is not responsible for security in these courtrooms," he wrote in a statement. "We are only responsible for security in the Courts of Common Pleas and the hallways within the Courthouse. Hamilton County Clerk of Courts Aftab Pureval is in charge of security in the municipal court rooms.

"Furthermore, my office does not have a partnership of any kind with ICE regarding these types of enforcement actions. While I do not have the authority to prohibit another law enforcement agency from entering a courthouse that is open to the public, my primary concern is that anyone who is a victim or witness to a crime should be able to fully participate in the judicial process to further justice and remove dangerous criminals from our streets."

The civil rights director for the League of Latin American citizens echoed Neil's sentiment and said he believes the news that ICE enters the courthouse to look for people will prevent the immigrant community from coming to court.

In a statement, ICE spokesperson Khaalid Walls wrote that current policy "instructs agency personnel to avoid conducting enforcement activities at sensitive locations unless they have prior approval from an appropriate supervisory official or in the event of exigent circumstances. The sensitive locations specified in the guidance include schools, places of worship, and hospitals. Under the policy, courthouses are not considered sensitive locations."

The statement from ICE continues:

Now that many law enforcement agencies no longer honor ICE detainers, these individuals, who often have significant criminal histories, are released onto the street, presenting a potential public safety threat. When ICE officers have to go out into the community to proactively locate these criminal aliens, regardless of the precautions they take, it needlessly puts our personnel and potentially innocent bystanders in harm’s way.

Courthouses are sometimes the only location that ICE can expect a fugitive/criminal alien to appear at a scheduled time, and courthouse visitors are typically screened upon entry to search for weapons and other contraband, so the safety risks for the arresting ICE officers and for the arrestee are substantially diminished.

In such instances where ICE officers seek to conduct an arrest at a courthouse, every effort is made to take the person into custody in a secure area, out of public view, but this is not always possible.

WCPO is working to determine whether ICE has detained a suspect within the Hamilton County Courthouse before the court process.