What Cincinnati looked like when Kathrine Nero started working at WCPO 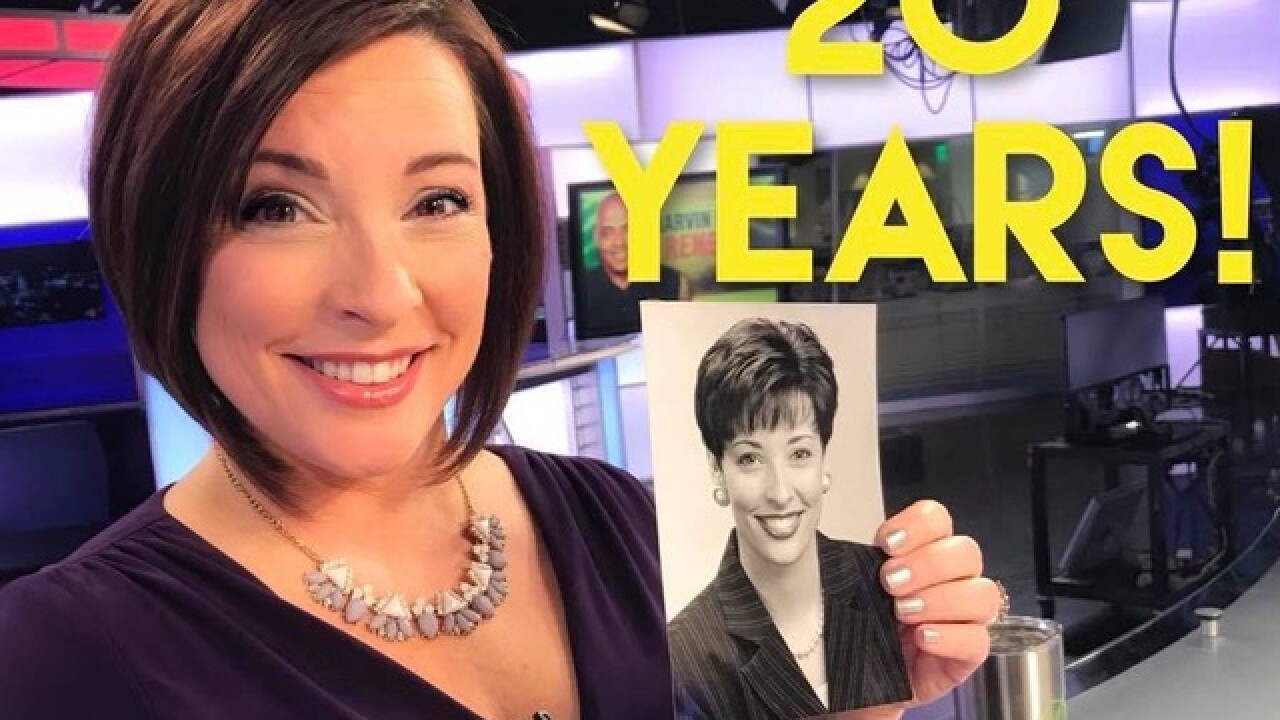 Copyright 2018 Scripps Media, Inc. All rights reserved. This material may not be published, broadcast, rewritten, or redistributed.
<p>Photo tweeted by @WCPO.</p>

Kathrine Nero came to WCPO in January 1998 working as a weekend sports anchor. It was her first TV job outside of her hometown, Memphis, Tennessee.

Kathrine said she came to WCPO to "study at the feet of the masters – Denny Janson and John Popovich." She said she "learned more from those two than any time in my career before or after."

One Twitter user kindly suggested WCPO must have hired Kathrine when she was 10 years old. I won't confirm or deny that -- because she really doesn't look a day over 30, does she?

Happy anniversary, @NeroWCPO! We're so happy you've spent the past 20 years working with us! pic.twitter.com/zAsvdKSBW5

Did you hire @NeroWCPO when she was 10?

RELATED: Carol Williams retires after more than three decades at the anchor desk
RELATED: 9 On Your Side photographer Ron Fischer has had a front-row seat for 50 years of Cincinnati news

The former Riverfront Stadium -- later called Cinergy Field -- was torn down in 2002. You can watch our footage of the implosion here.

Great American Ballpark opened in 2003 and has served as the home of the Reds ever since.

8. The Purple People Bridge wasn't for people -- or purple

The pedestrian bridge we've all come to know and love was actually called the L&N Railroad Bridge in 1998. It was used for cars at the time -- after a century as a railroad bridge -- but was closed to traffic in 2001 due to "severe neglect."

In April 2003, the bridge was reopened, repainted and renamed the "Purple People Bridge." Well, really it's the Newport Southbank Bridge, but it earned its alliterative nickname as soon as residents saw the finished paint job.

7. Newport on the Levee wasn't a thing

Before it was home to restaurants, a giant movie theater and the aquarium, Newport on the Levee was an apartment complex. The Posey Flats building was built in the 1890s and demolished in 1999 to make way for the shopping and entertainment center complex.

6. Cincinnati was a two-newspaper town

The Cincinnati Post was still in operation in 1998, so the Queen City thrived as a two-newspaper town. For much of its operation, The Post was said to be the newspaper of choice of the West Side and among working class families, as described by Pulitzer Prize winner William Greider. The companion paper The Kentucky Post was "part of the fabric of Northern Kentucky," according to the Encyclopedia of Northern Kentucky.

Just ahead of the 2008 economic recession, in 2007, the Cincinnati Post ceased publication.

5. King's Island had a Nickelodeon zone, not Planet Snoopy

In 1998, Kings Island was still a Paramount park, so Viacom-created characters were fair game. That meant the kid's area was renamed Nickelodeon Universe and rides named after several Paramount movies, like Drop Zone, Top Gun and Face/Off. Part of the children's area also featured Hanna Barbera characters, like Yogi Bear, the Flintstones and Scooby Doo.

In 2006, Cedar Fair bought Kings Island and several other parks put up for sale by Paramount.

Remember the "smoking or non-smoking" question you used to get at restaurants?

Today, smoky bars aren't uncommon in Northern Kentucky. In fact, Kentucky is one of only a few states in the U.S. that doesn't have a statewide smoking ban.

Ohio voters passed a statewide smoking ban in 2006. Some exceptions apply, but smoking is now banned in virtually all bars and restaurants in Ohio.

Indiana passed a smoking ban bill in 2012, but smoking is still allowed in casinos and bars at the owner's discretion.

3. You thought the Bengals are bad now?

Ironically, when Kathrine came to WCPO, the Bengals were fresh off a 7-9 season (just like this past season). However, the future looked way more bleak -- quarterback Boomer Esiason decided to retire and took a job with ABC.

The next season was even uglier for the Bengals: 3-13. That certainly puts things in perspective, doesn't it?

The "show about nothing" was the hottest show on television in January 1998. The final episode of Seinfeld aired in May 1998; more than 75 million people watched the finale.

1. There weren't many women working in sports journalism

Kathrine was only the second woman to anchor sports for WCPO in the 48 years since the first air date. Dei Lynam was the first woman sports anchor at WCPO. She worked at the station from 1994-97 until she left for a job with Comcast Sports in Philadelphia, according to WCPO Sports Director John Popovich.

Popovich said local Olympian Julie Isphording regularly contributed to WCPO's sports reports in the 1980s, but she was never a full staff member.

Popovich said he and the sports department "were having a hard time finding someone to replace Dei." In an odd turn of events, Popo and his team found Kathrine. He said Kathrine sent WCPO her tape and "we hired her within a couple of weeks."

And, as they say, the rest was history.

Kathrine was at the anchor desk to help cover more than a few moments that helped shape history for our city and the country, like 9/11, wars in Iraq and Afghanistan, a major stock market crash, Hurricane Katrina, tragic mass shootings and the election of three new U.S. presidents (among many other events).

Through good news and bad, Kathrine has delivered the facts with accuracy and grace.