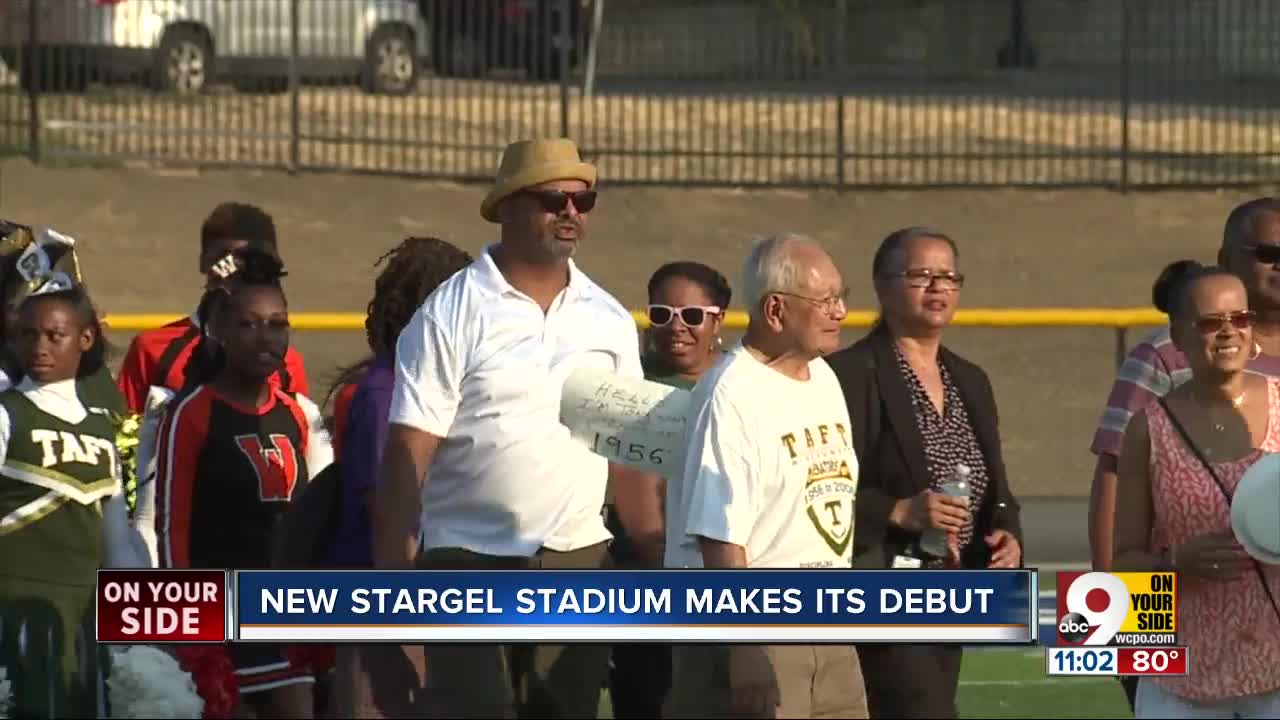 The new $10 million Stargel Stadium still needs a handful of finishing touches, but the field and scoreboards were ready to welcome the Taft High School Senators as they faced off against the Withrow Tigers Friday night.

CINCINNATI — The new $10 million Stargel Stadium still needs a handful of finishing touches, but the field and scoreboards were ready to welcome the Taft High School Senators as they faced off against the Withrow Tigers Friday night.

Taft pulled out a 29-26 win for the inaugural game in the Senators’ new home, which arrived later than originally planned. Ongoing construction forced the team to push back its scheduled Aug. 28 opener against Northwest, and the new facility’s locker rooms, storage rooms and track remained incomplete by Friday.

But all the pieces were right for Willard R. Stargel’s descendants to cut the ribbon and the Senators to hit the field.

READ: Here's why you should know Willard Stargel's name

“We're just real happy that they honored our father, Willard Stargel, with the naming of the stadium,” Jason Stargel said. “They kept us in the loop for the most part and they let us know when there were some shortcoming and time delays, but it really went off without a hitch."

Jason Stargel also attended the 2004 ribbon-cutting for the old Stargel Stadium, which no longer exists. Crews tore it down in late 2018 to make space for FC Cincinnati’s permanent stadium home.

The decision to replace the old high school stadium with a professional team became a source of controversy in the days after it was first announced, stemming from larger concerns about FC Cincinnati’s presence driving people and institutions out of the historically black West End.

The project went forward anyway, but FC Cincinnati paid to build the replacement, which sits across the street from Taft on Ezzard Charles Drive. It will serve Taft, Aiken, Gamble Montessori, Hughes STEM, Riverview East, Shroder and Woodward.