How much has streetcar made on advertising? 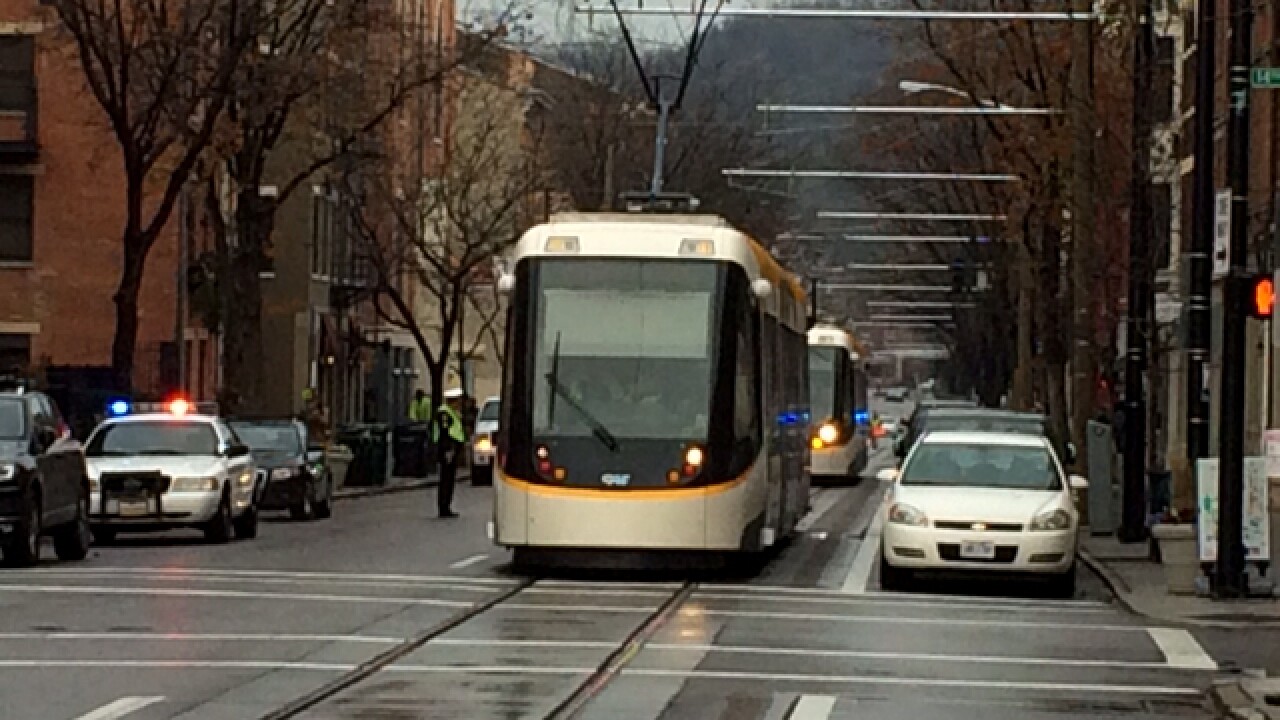 CINCINNATI -- Nearly half the advertising space on Cincinnati’s new streetcars has been sold with roughly three and a half months to go before its projected launch.

Paul Grether, director of rail services for the Southwest Ohio Regional Transit Authority, told members of the Major Transportation and Regional Cooperation Committee Tuesday afternoon that finalized and pending advertising sales on the interior and exterior of the five modern streetcar vehicles so far have netted nearly $100,000 for streetcar operations.

Of the multiple local businesses currently negotiating advertising terms with SORTA, three had finalized their contracts as of Wednesday, according to Ken Black, director of operations for Advertising Vehicles, the firm selected to handle the streetcar’s ad negotiations.

So far, the ink is dry on advertising deals with, the Architectural Foundation of Cincinnati, Cincinnati-based restaurant group 4EG, and -- most recently announced -- long-time Downtown-based jewelers Richter & Phillips Co.

“Richter & Phillips Jewelers have been invested in Downtown for well over 100 years,” said owner Rick Fehr, in a statement Wednesday morning. "We are very excited about the addition of the streetcar and all of the new fun things going on around us Downtown.”

Richter & Phillips has long been located at the corner of Main and Sixth streets, and is now preparing to relocate to a new location, directly across the Main, just feet away from one of the 18 stops along the 3.6-mile starter loop connecting The Banks with Over-the-Rhine through Downtown.

As for the Architectural Foundation, Black said, they hope to host a tour of historical buildings along the streetcar route as part of their partnership with the streetcar.

Blank said officials were negotiating “several other contracts” that, once finalized, will constitute half of the available advertising space.

“We should have some (other advertising deals) to release shortly, we’re hoping,” Black told WCPO.

In anticipation of selling out of static advertising spaces -- such as those printed in and outside the vehicles -- Black said his team is working to develop other possibilities for interested advertisers.

“We’re working on developing some more inventory, some other cool ideas that would give more advertising options to the public,” he said.

Grether said Tuesday other potential sponsorships -- as well as the much anticipated naming rights deal -- are still in progress.

The Cincinnati Streetcar is slated to open to public use in early September 2016.