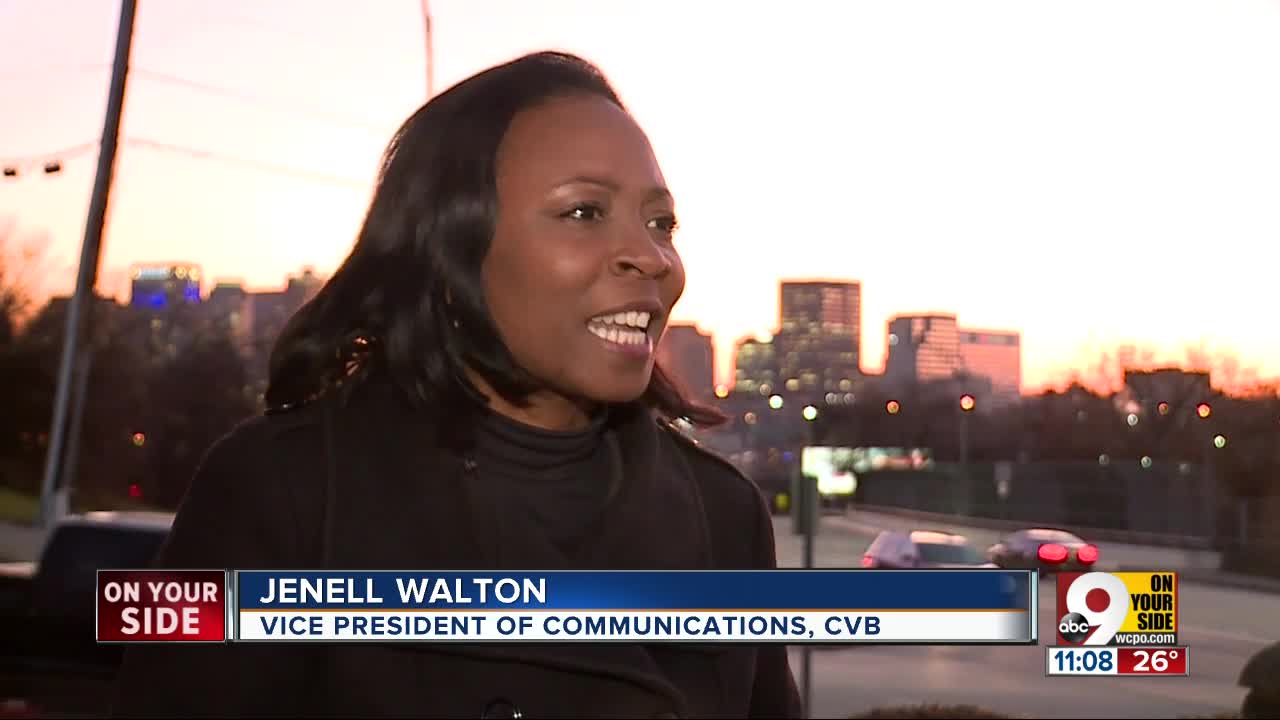 The NCAA has pulled the 2022 men's basketball tournament games out of Heritage Bank Center after building owners failed to live up to stipulations to make long-awaited renovations.

CINCINNATI — The NCAA has pulled its 2022 men's basketball tournament games out of Heritage Bank Center after building owners failed to live up to stipulations to make long-awaited renovations.

In April 2017, the NCAA awarded first- and second-round games to Cincinnati on the condition that Nederlander Entertainment upgrade the now 44-year-old arena. But several different plans announced by Nederlander have not been carried out.

The NCAA announced Wednesday that it's moving the 2022 games to Bankers Life Fieldhouse in Indianapolis, home of the NBA Pacers.

"Games scheduled for Cincinnati in 2022 are being moved to Indianapolis to allow more time for the newly-named Heritage Bank Center to complete current and future planned renovations," said Meg Durham, Associate Director of Communications for the NCAA.

The Downtown arena owners are "extremely disappointed" but plan to bid on future games after renovations are made, spokesperson Sean Lynn said in a statement.

"We have had several conversations with NCAA officials on the requirements necessary to host the Tournament," Lynn said. "We communicated in person, including a tour of the facility where the conversation centered on our ability for the venue to do a partial renovation, adding locker rooms, media, and hospitality areas if a full renovation could not be completed by the midpoint of 2021.

"This renovation plan was set to begin in the spring and summer of 2020. Unfortunately, the NCAA recently expressed they were postponing our hosting of the Tournament until a total renovation of the facility could be completed.

"We will continue to work with the local NCAA institutions, Convention and Visitors Bureau, and community leaders in doing what is necessary to secure other future NCAA Events as part of the 2023-2026 bid process."

The Queen City was an almost regular stop for the men's tournament in the two decades after the arena opened as Riverfront Coliseum in 1975. Renamed Heritage Bank Center this year, it hosted the men's regionals in 1979 and 1987 and first- and second-round games in 1988 and 1992.

But it has not hosted the men's tournament since, losing out to bigger, brighter and newer venues. Capacity is 17,000. Bankers Life Fieldhouse seats 20,000.

In 2015, Nederlander announced plans for a $200 million renovation.

In 2017, Nederlander CEO Ray Harris announced plans to tear down the arena and build a larger one in its place.

Harris sought financing from the city and county, to no avail.

In its heyday, the Downtown arena hosted major sports events and was home to the University of Cincinnati basketball team from its opening in 1975 to 1987. It hosted an NCAA women's basketball Final Four and an NCAA hockey Frozen Four.

Its only sports tenant now is the Cincinnati Cyclones, a minor-league hockey team.

The arena also attracted major concerts - most notably, the 1979 Who concert, when 11 people died in a crush outside the doors.