COLUMN: Does NCAA offer to bring men's basketball tourney back to Cincinnati come with ransom note? 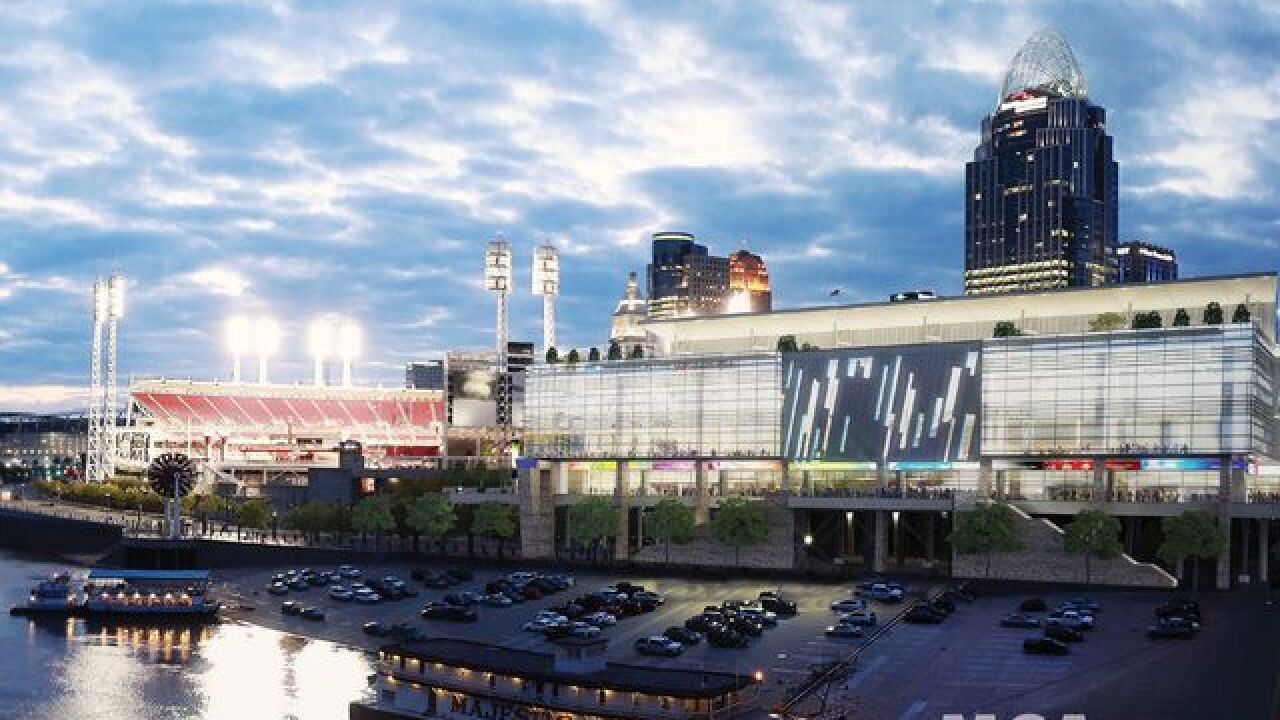 CINCINNATI -- It turns out the NCAA's offer to bring men's basketball tournament games back to Cincinnati has a ransom note attached.

Who will pay it?

Who is demanding it?

U.S. Bank Arena officials say the NCAA's offer to hold first- and second-round games in 2022 is dependent on the arena owners following through with a $200 million renovation plan they announced in 2015 but haven't started.

No renovation means no tournament games, according to arena spokesperson Sean Lynn.

The arena owner, Nederlander Entertainment, wants taxpayers to put up some of the money.

That seems like a very bad idea - especially after we got hosed for $1 billion to build new stadiums for the Bengals and Reds.

A Nederlander official said the owners have already had discussions with local officials. They haven't said publicly how much of a handout they want.

Hamilton County Commissioner Todd Portune, who supported the taxpayer giveaway to build Paul Brown Stadium while he was on city council, said the issue is whether or not the city needs a better, modern downtown arena.

"It's been an issue that’s been kicked around there for a long time: Is U.S. Bank in its current condition good enough for a region of our size? Do we need something better?" Portune said.

The arena was built in the 1970s by a group of local businessmen expecting to win a National Hockey League franchise. There was no support for taxpayer financing, so they rolled the dice and put up $15 million of their own to build 16,000-seat Riverfront Coliseum. The group was led by Bill DeWitt, whose father had owned and sold the Reds, and Brian Heekin, whose family owned Heekin Can Co.. A produce company owner named Bob Castellini joined them later.

They didn't get an NHL franchise (Ted Kennedy made sure it went to Washington), so they joined a new hockey league, the World Hockey Association. After eight years, the NHL was tired of expensive signing wars with the new league and agreed to accept six WHA teams - including the Cincinnati Stingers, DeWitt said at the time.

But at the last minute, the NHL cut Cincinnati and Calgary out of the deal, DeWitt said.

The University of Cincinnati basketball team used the Coliseum as its home from 1975 to 1987. Since the WHA folded, a series of minor league hockey teams have been the main tenants to this day - long after the original owners sold the building.

When the Coliseum opened in 1975, it was one of the finest facilities in North America. But it aged quickly as newer, brighter and fancier palaces were built elsewhere.

You may remember that U.S. Bank Arena was snubbed by both UC and the Republican National Committee in the past two years. UC, which is renovating its Fifth Third Arena and needed a place for its men's basketball team to play next season, chose Northern Kentucky University's smaller but modern arena instead.

The Republicans considered Cincinnati as a site for their 2016 national convention, but they said they eliminated the Queen City, in part, because of the arena's smallish capacity and lack of amenities.

If there was ever any real interest in bringing an NBA team to Cincinnati after the Royals left town, it died because of the lack of skyboxes and other limitations. People who should know say Cincinnati loses major concerts because of the state of the building.

But to answer Portune's question with a question: Does a city our size really need to spend lavishly on a riverfront arena when it has two fairly new riverfront stadiums, prospects for a brand-new soccer stadium, a refurbished college football and soccer stadium, and three new or renovated college arenas?

Somehow, we've managed to get along without them.

So who's holding the games for ransom?

Is it Nederlander, the arena owner?

Is it the NCAA?

Is it the Sports Commission and local businesses - maybe Downtown hotels and restaurants - who stand to benefit from a new showcase?

Is it our local government?

Is it all of them?

Maybe the NCAA is doing us a favor by forcing the arena's hand. But why do I feel like they're trying to tie my hand behind my back?

It was a nice thought -- seeing live NCAA men's tournament games again. Many older fans share great memories of watching Larry Bird and undefeated Indiana State win the 1979 regional at Riverfront Coliseum. And of seeing an angry Bobby Knight pound his fist on the scoring table -- and the phone bouncing a foot in the air -- while the Hoosiers won the 1987 regional on the way to the national title.

Until somebody slipped us the ransom note.