Millennium Hotel closes for good; wrecking ball is next

Port plans to demolish it in early 2020 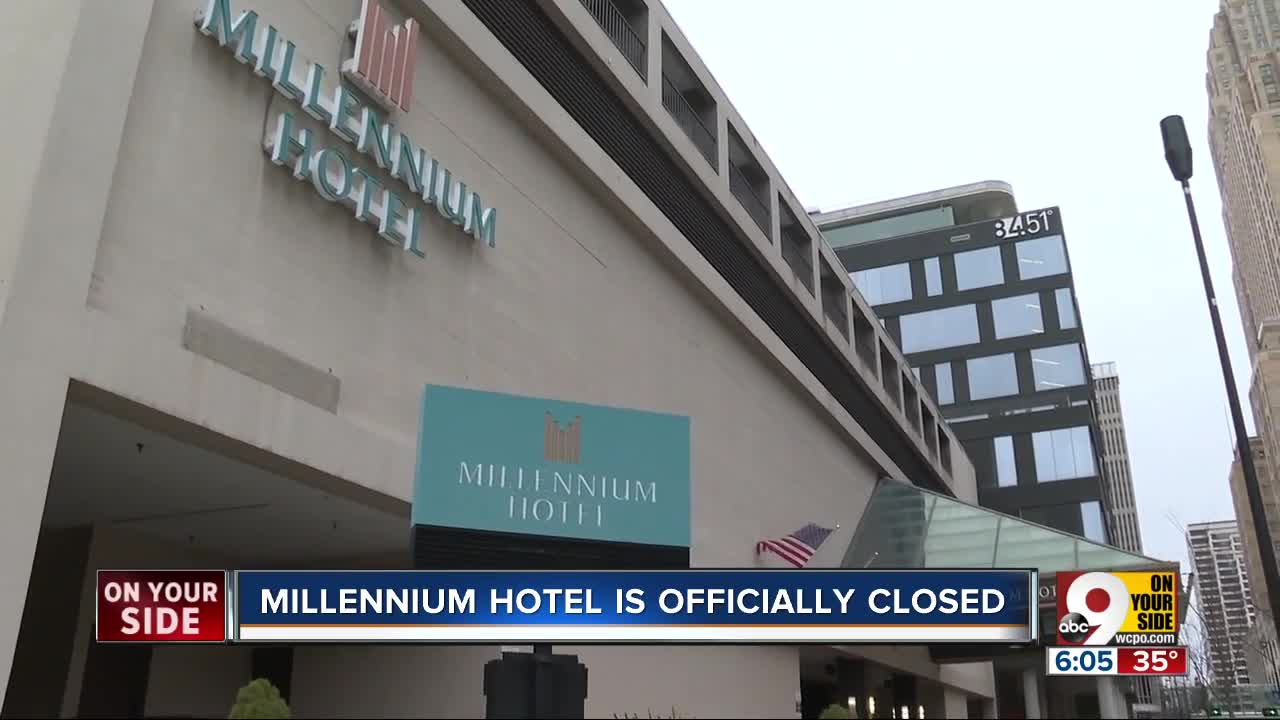 Residents and city leaders are eager for the day a new hotel can bring bigger conventions and more business to downtown Cincinnati. 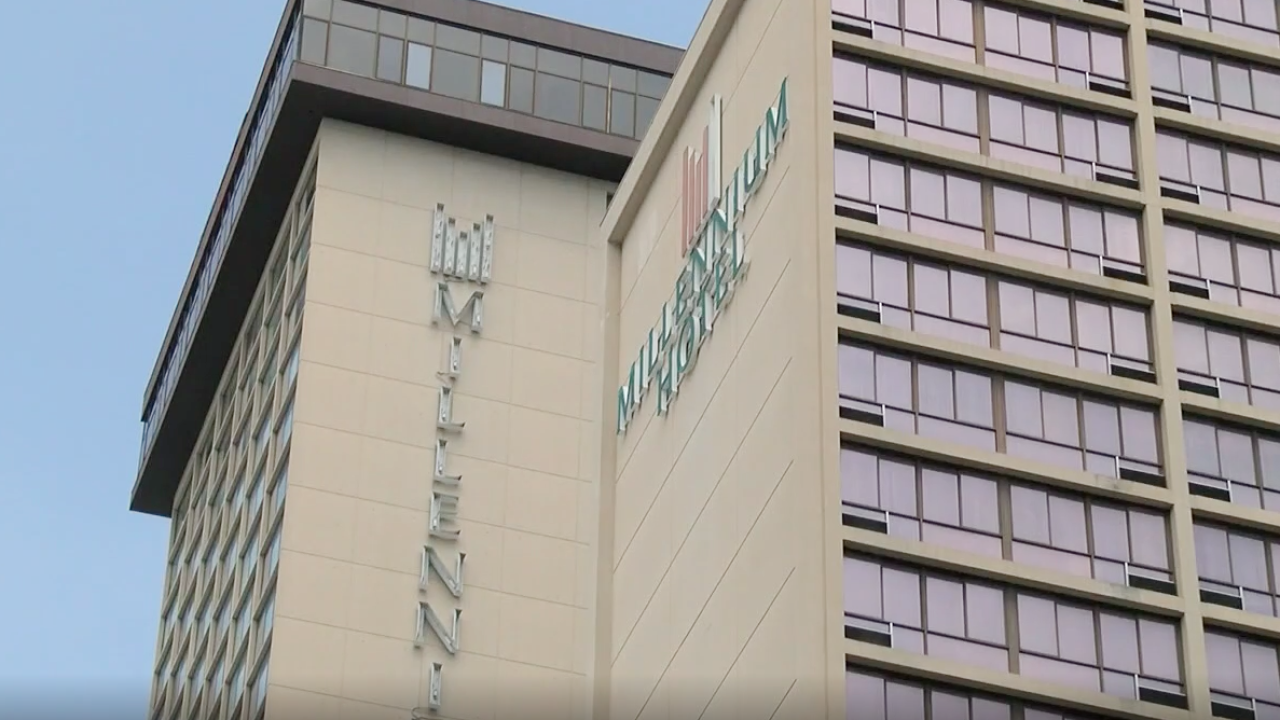 CINCINNATI — There was no one to sing “Auld Lang Syne” outside the Millennium Hotel on New Year’s Eve. No one checking in for parties to celebrate the New Year.

Just workmen boarding up the doors and windows.

It was not goodbye but good riddance to the downtown hotel called an eyesore (and worse) by city and county leaders, who have been blaming the old hotel for the city’s failure to attract major conventions. Mayor John Cranley even called it "a terrible place to stay" and publicly vowed to try to put it out of business.

After fighting with its owners for years, the county and The Port agreed to buy it in October with plans to tear it down and build a new high-end hotel in its place on Fifth Street.

James Wilson might have been the only one to shed a tear at its closing.

"Millennium has been here for a long period of time and it's part of Cincinnati culture," said Wilson, who works at the Duke Energy Convention Center across Elm Street.

Wilson walked by as the hotel was being boarded up. He said he’d miss some familiar faces.

"You interact with a lot of the clients and customers. You get attached sometimes. You keep seeing them from year to year," Wilson said.

But Wilson, like local leaders, is hoping what's to come is better than what exists.

"Hopefully it's going to be bigger, better and more comfortable," Wilson said.

Millennium management announced its closing in November after the county agreed to make a $1.3 million down payment so The Port could negotiate a deal with a developer.

Alice Merryman, who lives nearby, said she is encouraged by a plan for a new hotel, but she wants the city and county to do more for the people who actually live here.

"With rebuilding The Banks and trying to reinvent downtown as a whole, I think putting in something that's not such an eyesore or a little bit more attractive to people coming into town would really help Cincinnati's image," Merryman said.

"If they are going to put more stuff in, I'd prefer it to be more along the lines of retail, shops, some more restaurants – something to benefit the people that actually live nearby, not just people coming into town for conventions.”

The Port plans to demolish the hotel in early 2020 while it continues to study what's the best fit for the land.