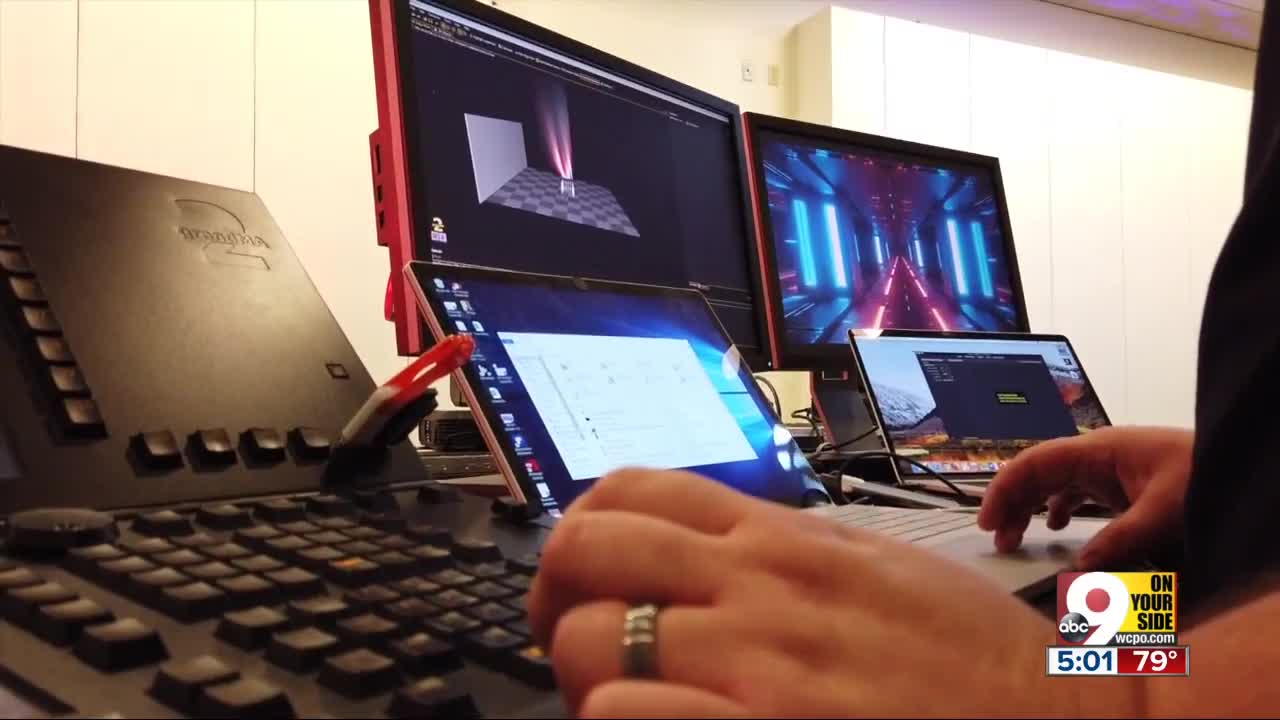 You might be thinking — wait. How is it a secret if the show is all over the city? But the exact location of the central hub housing world-renowned entertainment tech firm PRG Entertainment is a secret. Inside, engineers and artists are getting ready to put on a show spanning two cities.

CINCINNATI — The sprawling, city-wide light show of BLINK is run out of a central headquarters so secret that its organizers asked reporters not to share the location. Technicians and engineers at Production Resource Group, the world-renowned event production company bringing BLINK to life, need to focus if they want to pull it off.

“There’s an absolute deadline,” manager Bobby Klimuszko said last week during preparations. “And we fight the weather all the time.”

Even when the weather behaves — which it had up to Thursday night — PRG workers have a long checklist of responsibilities ahead of the show.

For BLINK, they built protective covers for each of the 87 projectors used in the light show, hauled them across the city, mapped projections onto buildings and tested obsessively to make sure they were working.

It’s a process they repeat dozens of times each year. PRG workers are involved in major artists’ concert tours and other stage shows across the country.

“Just to put it into perspective, about 85% of what you see on Broadway has an involvement with PRG,” Klimuszko said.

Kimuszko said he hopes BLINK’s dozens of Best Boys will resurrect the razzle-dazzle of 2017, but bigger and better. For him, “this is a world-class event in a world-class city.”

Project manager Frank Roggio said he hoped people who attended BLINK would see the months of work his team put into making it happen.

The most gratifying thing in his job is “the first show day,” he said. “Going out and seeing everything lit up and seeing all the people enjoying it, it's a lot of fun. It's a lot of hard work and effort. We’ve been working with the Chamber since February, getting everything live. It’s fun to see at the end.”