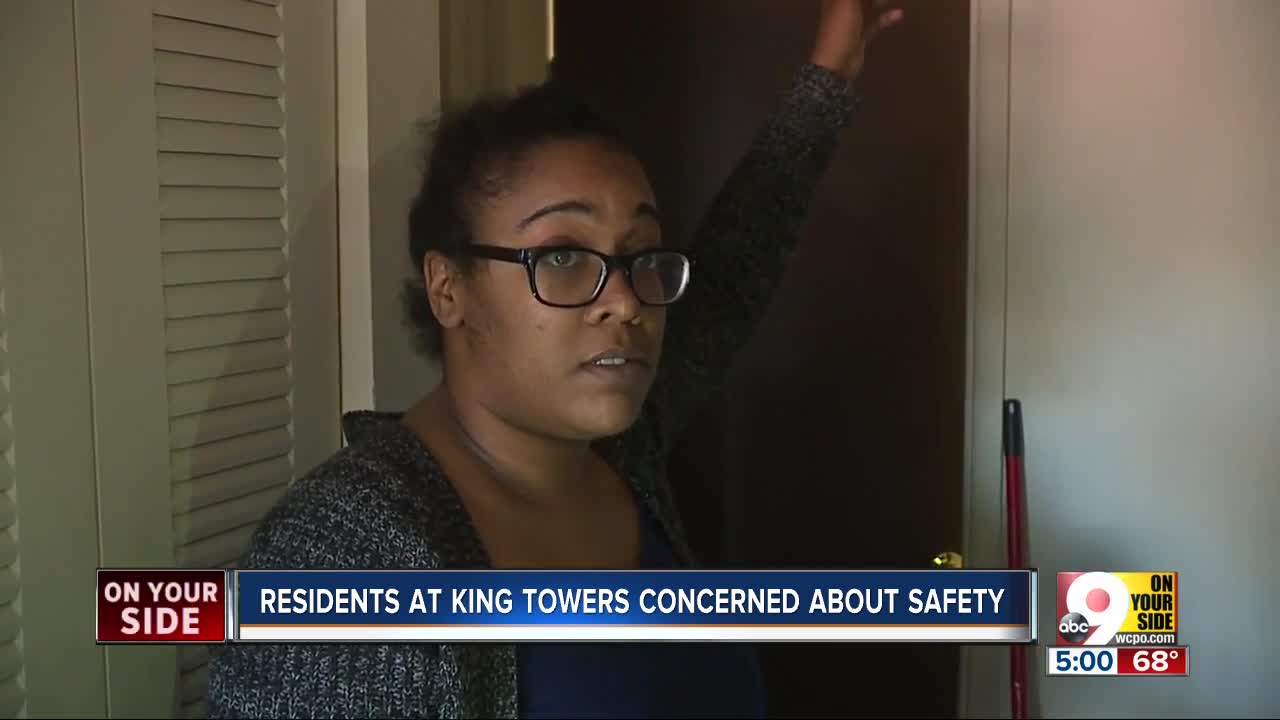 A leaking roof let weekend rain into ceilings and walls and places where you wouldn't expect - like electrical outlets and light bulbs, residents of the King Towers Apartments told WCPO Monday.

"It's coming from the outlets and light switches," said Kahdijah Pennington, who lives on the top floor of one of the buildings on Dahlgren Street.

"The lightbulb was on and the water was filling up while we were asleep," Benton said.

The apartments owner has fixed Pennington's ceiling before.

"The ceiling came down and it almost hit my baby," she said, referring to an incident last August.

Benton said the roof started leaking three days ago. It split her kitchen ceiling, left her walls bubbling and peeling, and dampened her carpet.

Benton said she he has had water problems since moving to King Towers a year ago. She said she called the emergency maintenance number.

“They say they're going to fix it, but they don't fix anything,” Benton said.

She said she called the city health and building departments, too, but nothing happened.

It’s the same across the hall in Erika Axle’s apartment. She took video in August and said it looks the same now as it did then.

The building owner, Charles Tassell, responded to WCPO late Monday afternoon. Tassell said the flat roof had been repaired once to add slope but now needs another fix.

King Towers was in the news in 2015. The building next to Benton’s and Axle’s was where Cincinnati firefighter Daryl Gordon died helping rescue residents during a fire.

Gordon fell down an elevator shaft. His death was widely attributed to a faulty elevator door.

Tassell bought King Towers a year later. Since then, Tassell said he put about $2.5 million into the complex, including fixing that elevator door. Wallick Communities used to manage the property but HayesGibson does it now.

Tassell said he is working to get residents into hotels until repairs can be made.