Hunter's team: If Pat DeWine isn't in jail, Tracie Hunter shouldn't be either 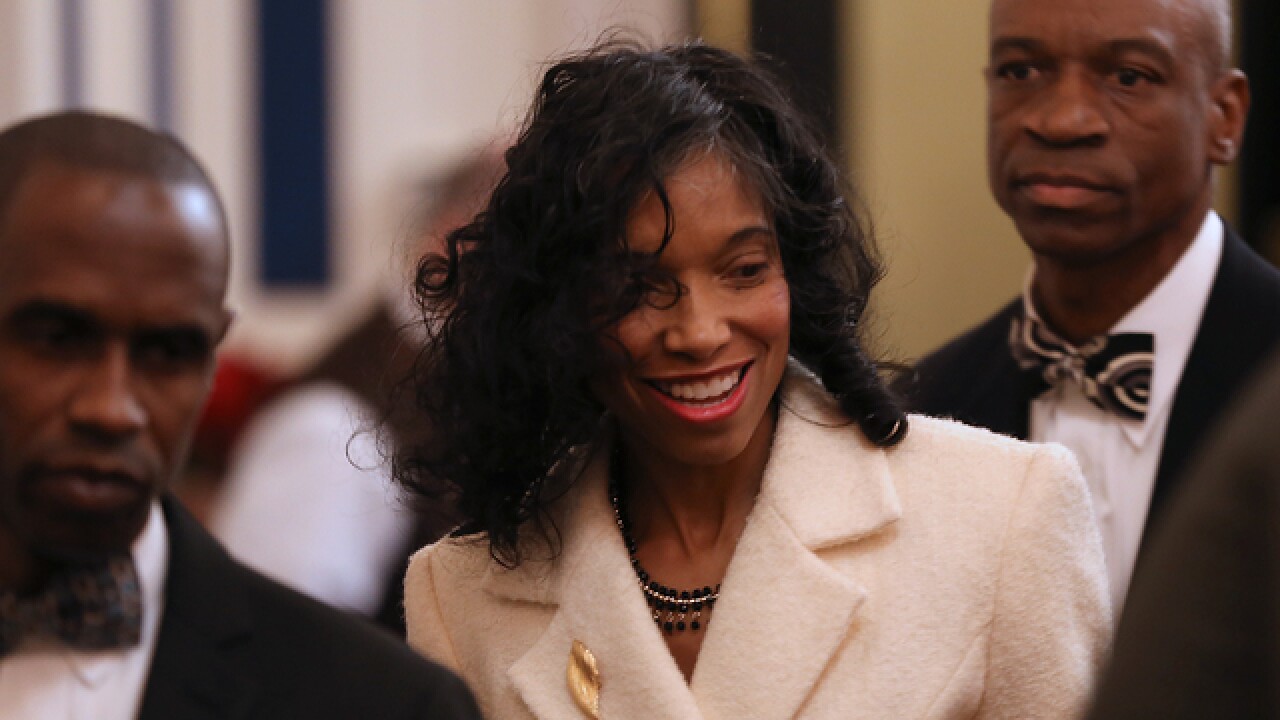 CINCINNATI — Lawyers for jailed ex-judge Tracie Hunter on Saturday filed a motion to dismiss her original indictment for mishandling a confidential document and helping her brother in a disciplinary hearing.

The motion itself is not unusual — Hunter’s team battled her conviction for five years, keeping her out of jail in the process, before Judge Patrick Dinkelacker ordered her to serve the six-month sentence July 22.

The reasoning included in the document, however, is: Hunter’s team accuses Ohio Supreme Court Justice Patrick DeWine of using his position to get his son a job at the Hamilton County Prosecutor’s Office in 2017. If DeWine was not prosecuted for helping a relative, the motion argues, Hunter shouldn’t have been either.

Hunter’s defenders have cited the favor — DeWine emailed Deters about getting his son an internship in April 2017, and Deters granted it within hours — as an example of hypocrisy in Deters’ office since it became public. Deters also provided paid internships to the children of other local politicians, including the sons of the Hamilton County GOP’s chairman Alex Triantafilou and Hamilton County Board of Elections member Charles Gerhardt.

Ohio State Sen. Cecil Thomas, one of Hunter’s most visible supporters, called for an investigation in 2017. A special prosecutor was appointed, but no charges were ever filed.

Deters did not prosecute Hunter when she was originally sentenced. He appointed special prosecutor Scott Croswell to oversee the investigation.

Deters defended his interaction with DeWine in a radio interview with WLW, arguing DeWine had not acted in an official capacity when he asked about securing an internship for his son but that Hunter had when she helped her brother prepare for the hearing.

Justice DeWine is the son of Gov. Mike DeWine, whom Deters said he would petition to have Hunter’s sentence commuted.

This article initially misidentified Deters as the prosecutor in Hunter's case. In fact, Deters recused himself and appointed special prosecutor Scott Croswell to avoid a conflict of interest.