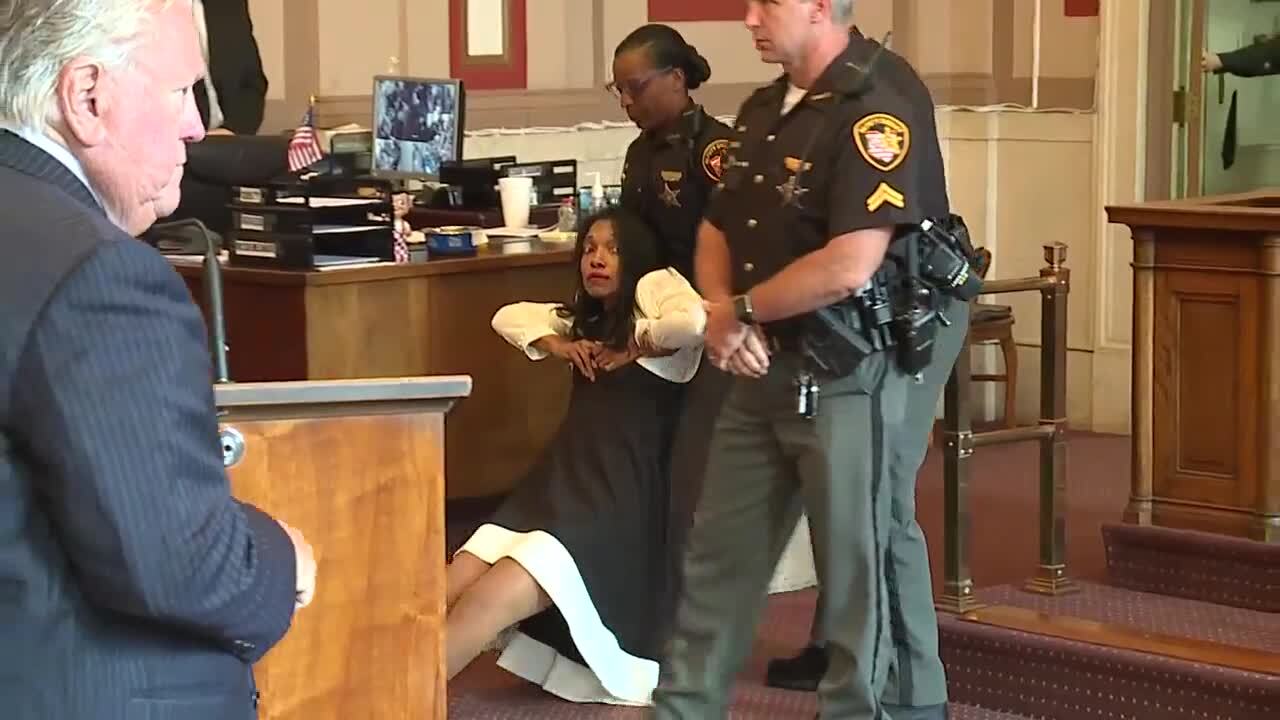 A Cincinnati courtroom exploded Monday after a former judge in the Ohio juvenile court system was ordered to begin serving a six-month prison sentence following a 2014 conviction.

Tracie Hunter went limp, and deputies dragged her out of the courtroom as her supporters screamed in protest.

"This city is going to burn," one person in the courtroom yelled.

Protesters gathered outside the courthouse following the decision.

Hunter was convicted of one count of unlawful interest in a public contract but has remained free on appeals. She has maintained her conviction was a political attack, appealing the sentence up to the Sixth Circuit Court of Appeals.

Hunter took the bench in 2010 after winning a disputed election. An initial count showed that she had lost by 23 votes, but she won the election in a recount.

In 2014, Hunter faced eight federal charges, including back-dating documents so cases could not be appealed. She was also accused of hiring her brother and giving him confidential documents.

Hunter was convicted on one of those eight charges. A mistrial was declared on the other seven counts when the jury could not reach a consensus.

Judge Patrick Dinkelacker decided to execute the sentenced despite letters of support from Cincinnati Mayor John Cranley and multiple city councilors. Dinkelacker also chose not to have Hunter assessed for mental health issues despite the recommendation of Hamilton County Prosecutor Joe Deters.

During Monday's hearing, Dinkelacker also said he received 45 threatening letters from who he suspects were Hunter's supporters. He said he would not be threatened to go back on his oath to serve justice.