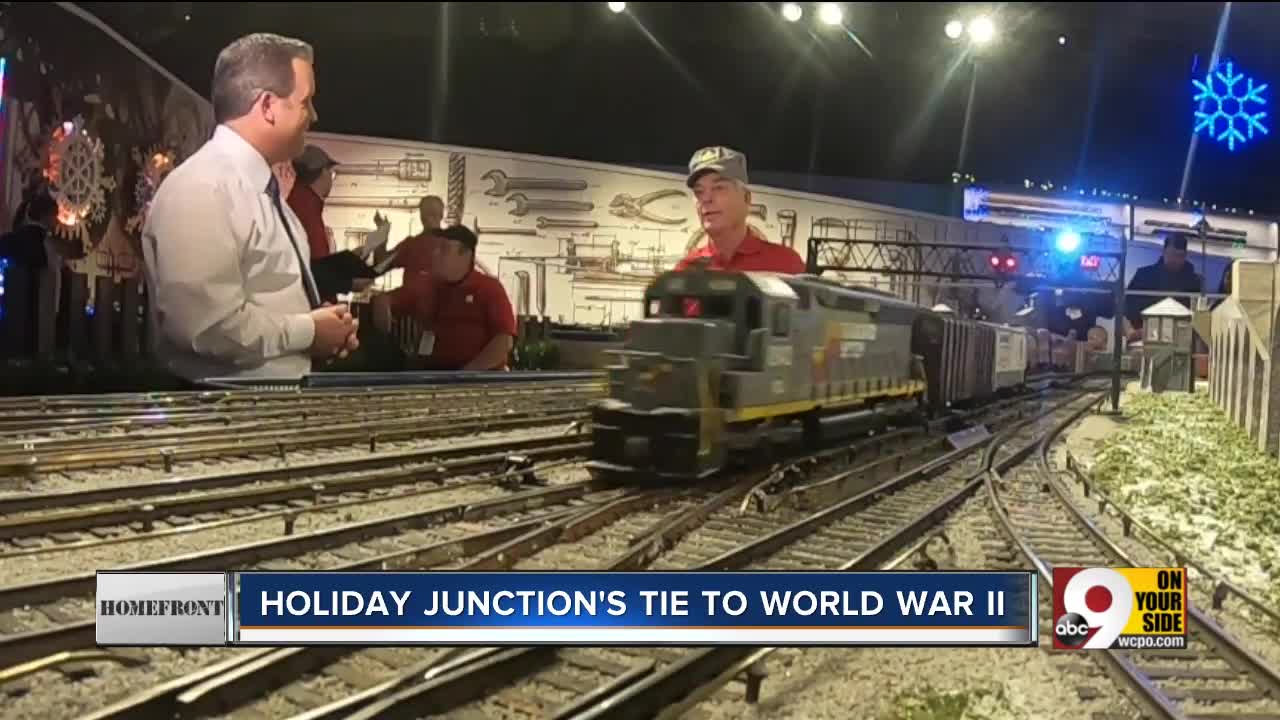 When World War II broke out, the military came to them and said, 'How much of this is real?' And they said, 'Everything is real.' "It was used as a training platform for the Army Corps of Engineers to teach them how to run rail yards."

Many Tri-Staters have enjoyed the model trains on display at the Cincinnati Museum Center during the holidays, but did you know they played a key role for the U.S. Army in World War II?

In 1936, B&O Railroad had a model-building contest for its employees, and this was one of the results.

Tom Bredestege was stationed in Germany in WWII. Now he's stationed at the controls of the Holiday Junction trains as one of the train masters.

"Since I was 3 years old I was in love with trains," Bredestege said.

"I worked with all the Army movements by rail."

At first glance, the Duke Energy trains may just look like a toy train set, but in the early 1940s the U.S. Government saw something else.

The B&O model builders had followed the finest detail so that the train set could be used to prepare new operators.

Ross Wharfield, a Navy veteran, also works with the Holiday Junction trains. Like Bredestege, Wharfield's mother worked with real trains for the Army in WWII.

"My mother's job in World War II in the Pentagon was to ship railroad engines over to Europe and to Russia," Wharfield said.

"When World War II broke out, the military came to them and said, 'How much of this is real?'" Wharfield said. "And they said, 'Everything is real.'

"It was used as a training platform for the Army Corps of Engineers to teach them how to run rail yards."

All the relays that were used in the original control cabinets of the model trains were the actual relays they used on the real railroad. Since then, those old relays have been replaced by modern technology.

So next time you visit Holiday Junction, make sure you ask Bredestege or Wharfield or whoever is behind the controls about its history.

The train set moved to Cincinnati after the war in 1946. Members of the Cincinnati Railroad Club help maintain dozens of rail cars and antique engines.