Bone one of the first signings in 2015 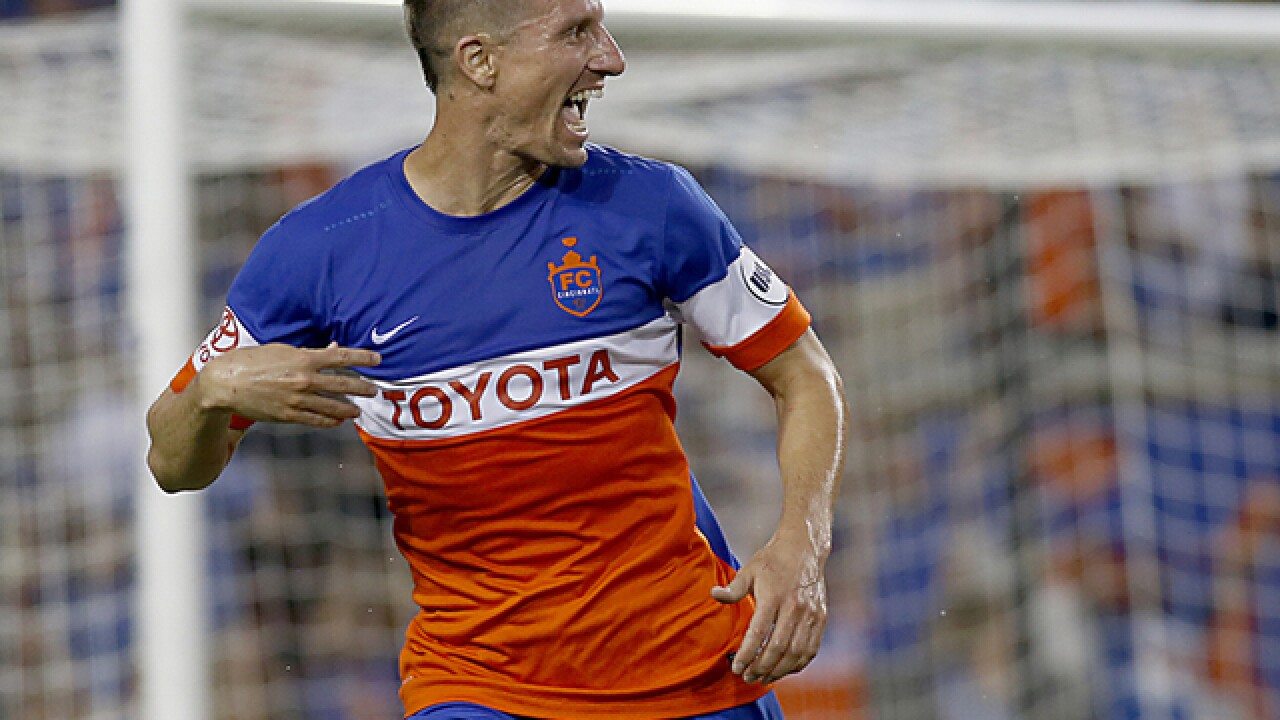 Midfielder Corben Bone, of Texas, was one of the first 11 players to sign with team back in December of 2015 when the club was preparing for play in the United Soccer League.

“I’m ecstatic. I’m so happy for myself and my family for a lot of hard work that I’ve put in over this long career,” Bone said in a written statement. “I’m thrilled that I can return to MLS with this club because these last few years have been a special part of my life, so to achieve that is a very big accomplishment.”

Bone is only the third players signed to the 2019 roster, with MLS veterans Fanendo Adi and Fatai Alashe.

Making the move to @MLS. #FCCincy has signed an original member of the 🔶&🔷 to its MLS roster, midfielder @CorbenBone. #IgniteUnite

Bone has made 102 appearances with 94 starts in his first three years with the team. FC Cincinnati Head Coach Alan Koch calls Bone a “fantastic contributor.”

“He is a great example of what it means to be an FC Cincinnati player on and off the pitch,” Koch said. “We feel he provides versatility in our midfield, but also brings a strong leadership component in establishing how our team culture will be sustained at the next level.”

There are more roster changes in the weeks ahead. The soccer club can, and most likely will, select five current MLS players during the 2018 MLS Expansion Draft on Dec. 11. The 2018 Expansion Draft will be held at the MLS New York City headquarters.