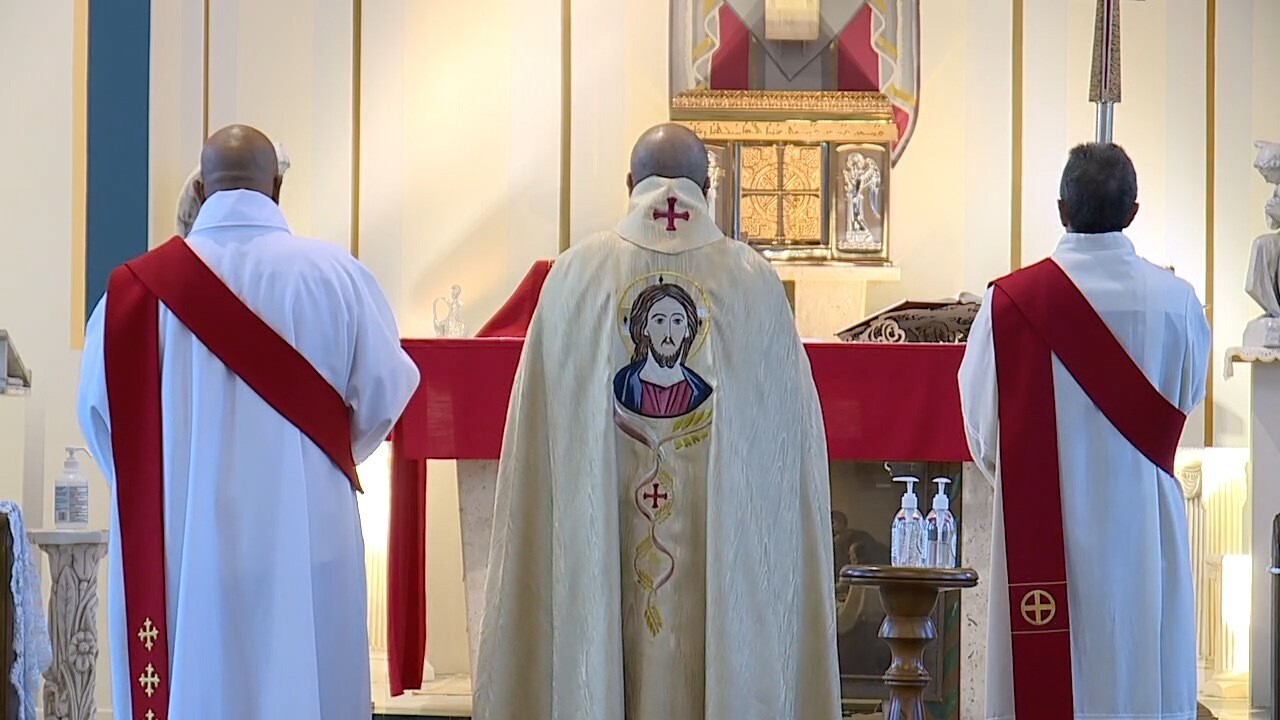 CINCINNATI — The Tri-State’s Lebanese community gathered Thursday night to mourn the loss of those killed by a massive explosion in Beirut. The blast killed more than 100 people and injured close to 5,000 others.

St. Anthony’s Church in East Walnut Hills was filled with chanting and prayer as a small crowd gathered to express grief and frustration following the deadly incident.

“Offering the divine liturgy and our prayers for all the victims of the catastrophe that happened in Lebanon," said Father George Hajj. “Most of those victims are being buried today.”

For many people who filled the church’s pews, the explosion hits home – they have friends and family in Beirut.

“Many have been injured,” Hajj said. “Some have died. Today, one of our parishioners left to Lebanon for the funeral of her mother.”

Parishoner Rana Herro’s family is spread across the world.

“I had a really, really scary event because my brother was in Beirut,” she said. “He was very closed to the explosion. He was driving.”

“I couldn’t breathe,” she said. “He’s my twin brother, but I could only imagine the reaction of those who actually lost lives.”

Now, despite the devastation, parishioners are praying for divine healing.

“Our hope and prayer is that this suffering, this catastrophe will bring good to Lebanon and to the entire world,” Hajj said.

St. Anthony will continue to honor those killed in Beirut with more services later in the week.