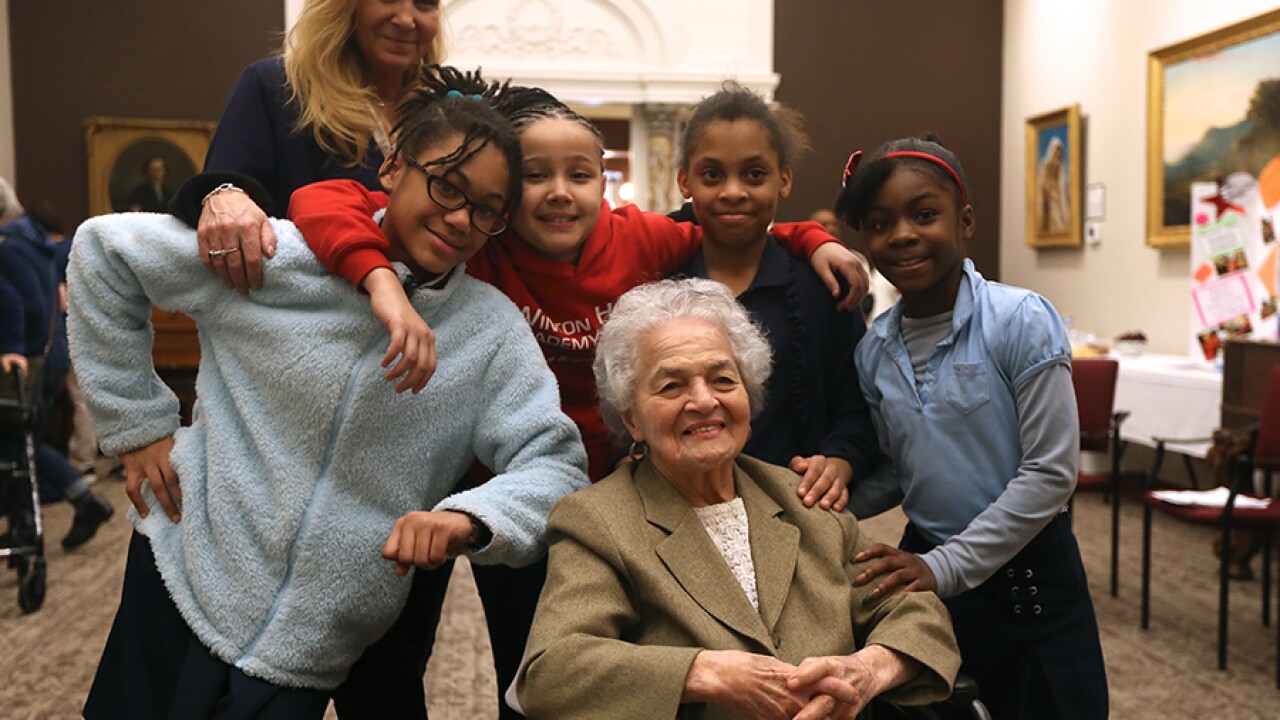 Emily Maxwell | WCPO
Marian Spencer, seated, in March 2019 with the four Winton Hills Academy students who wrote a book about her. The girls&#39; teacher is pictured, too. 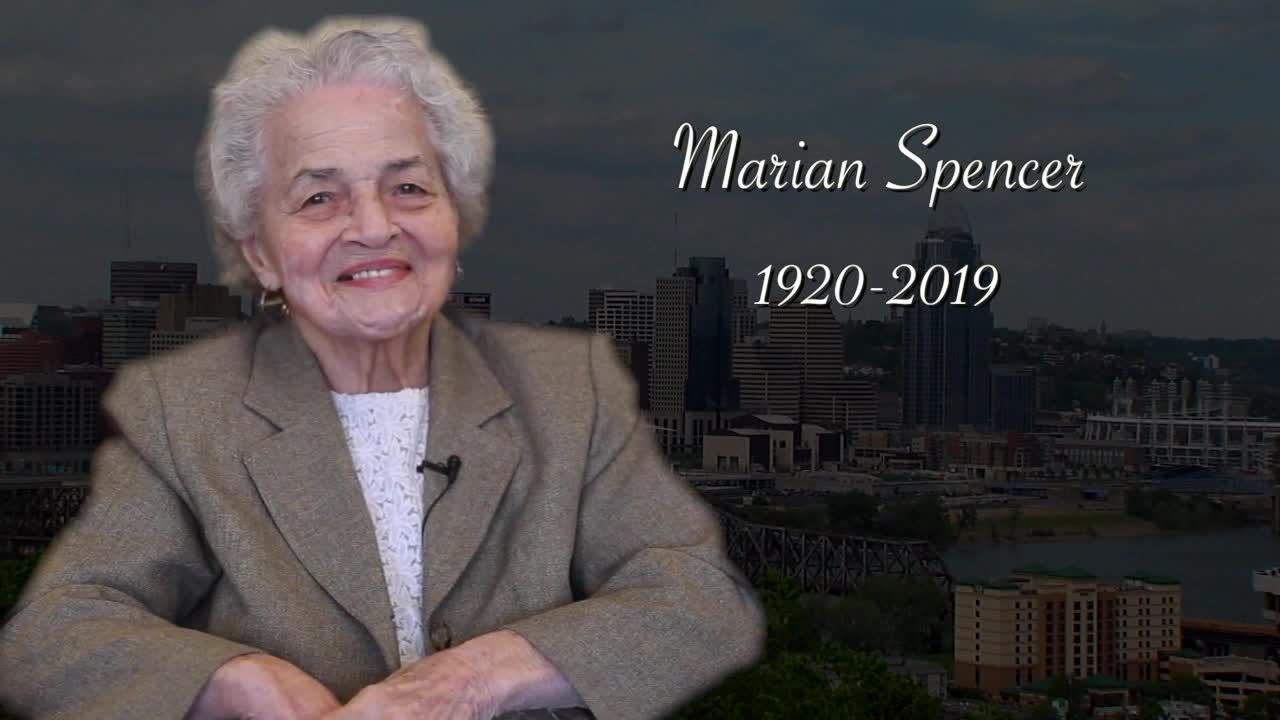 CINCINNATI — On Saturday, everyone is invited to celebrate a pioneer of civil rights in Cincinnati.

Her work was essential to the racial integration of Coney Island in the 1950s and in the fight for equality at the University of Cincinnati.

Now, a month after her death, family and those close to her are organizing a way for the public to celebrate her life at UC’s Fifth Third Arena. The free event begins at 3 p.m. and doors open at 1 p.m.

“What we want to do is carry on her legacy because we don’t want it to be forgotten,” said Susan Noonan, a friend and volunteer. “So we’re bringing young people in. The four young students from Winton Hills who actually wrote the book about Marian will be a part of the program.”

Theresa Reed, planning commissioner for the celebration, said it wouldn’t be a “Marian Spencer event” if the public wasn’t invited. That’s just who Dr. Spencer was.

“We’re just representing who she was and hopefully continuing that legacy, and that’s why we’re calling it ‘Celebrating the Life and Legacy of Marian A. Spencer,’” Reed said.

A statue to honor Spencer is also in the works, though its location is still being determined.

“Marian will be standing with a black child, a white child with their arms open, holding hands so other children and come in and be apart of the circle,” Noonan said.