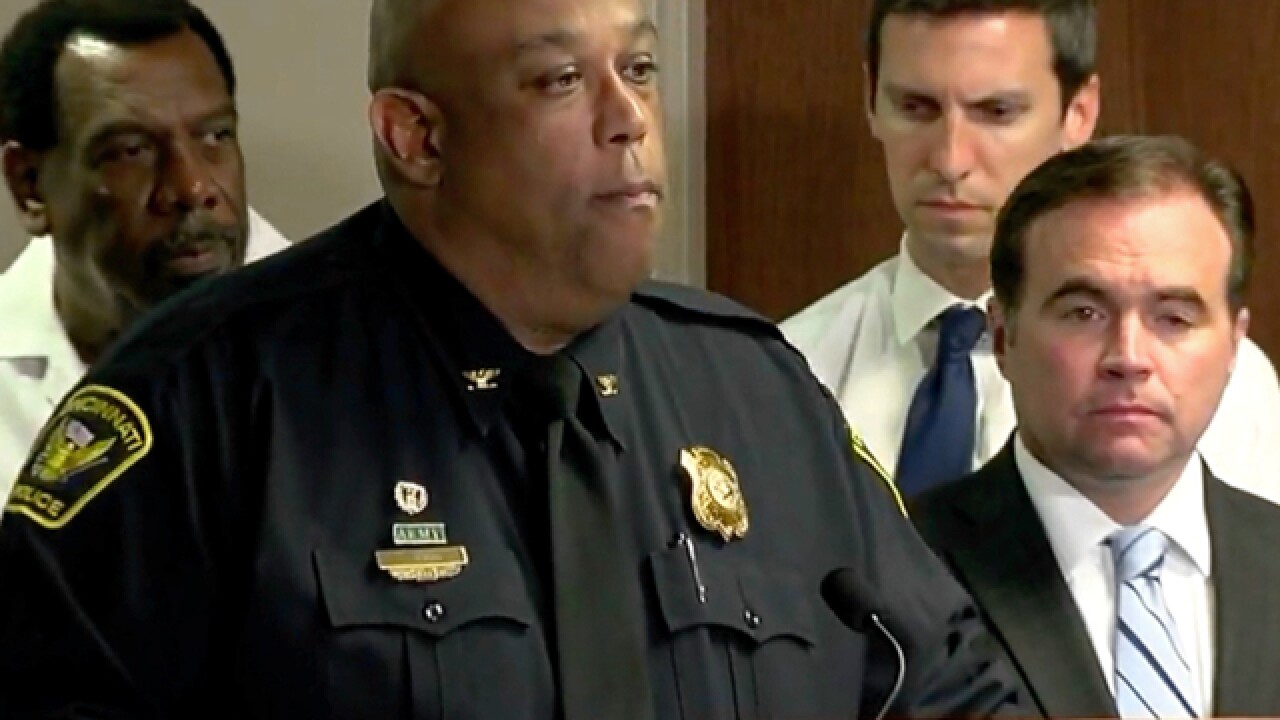 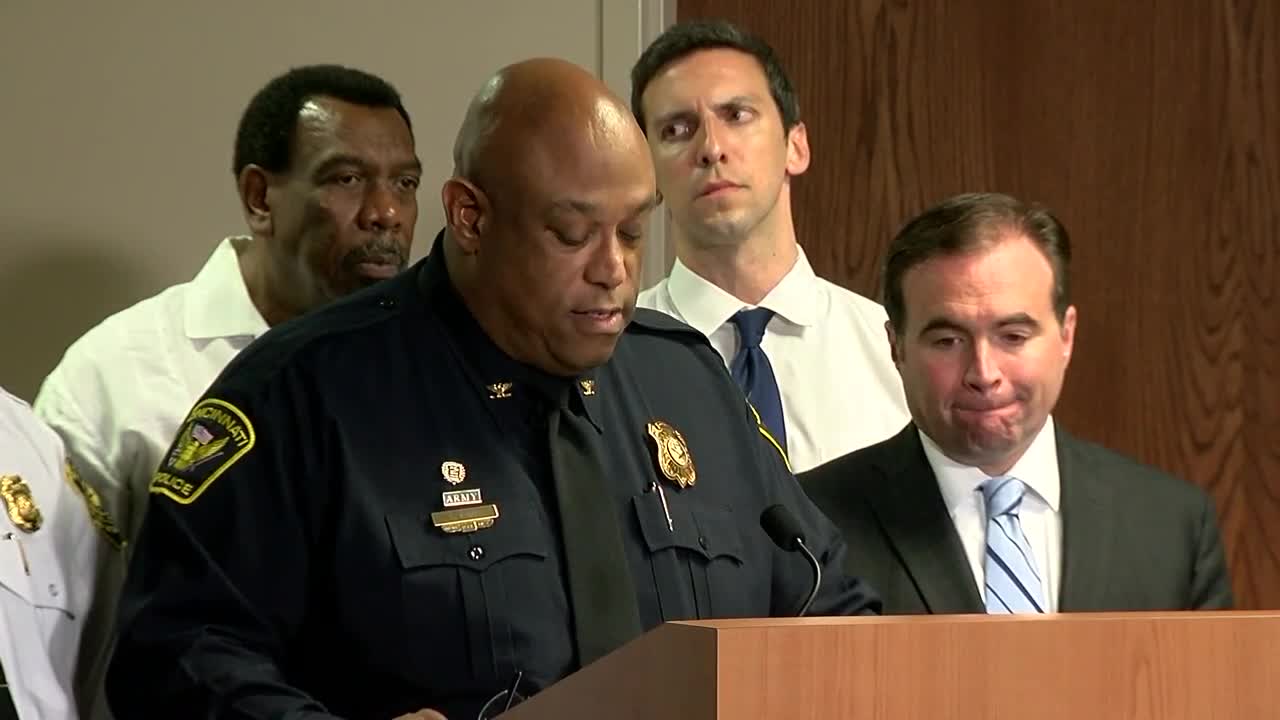 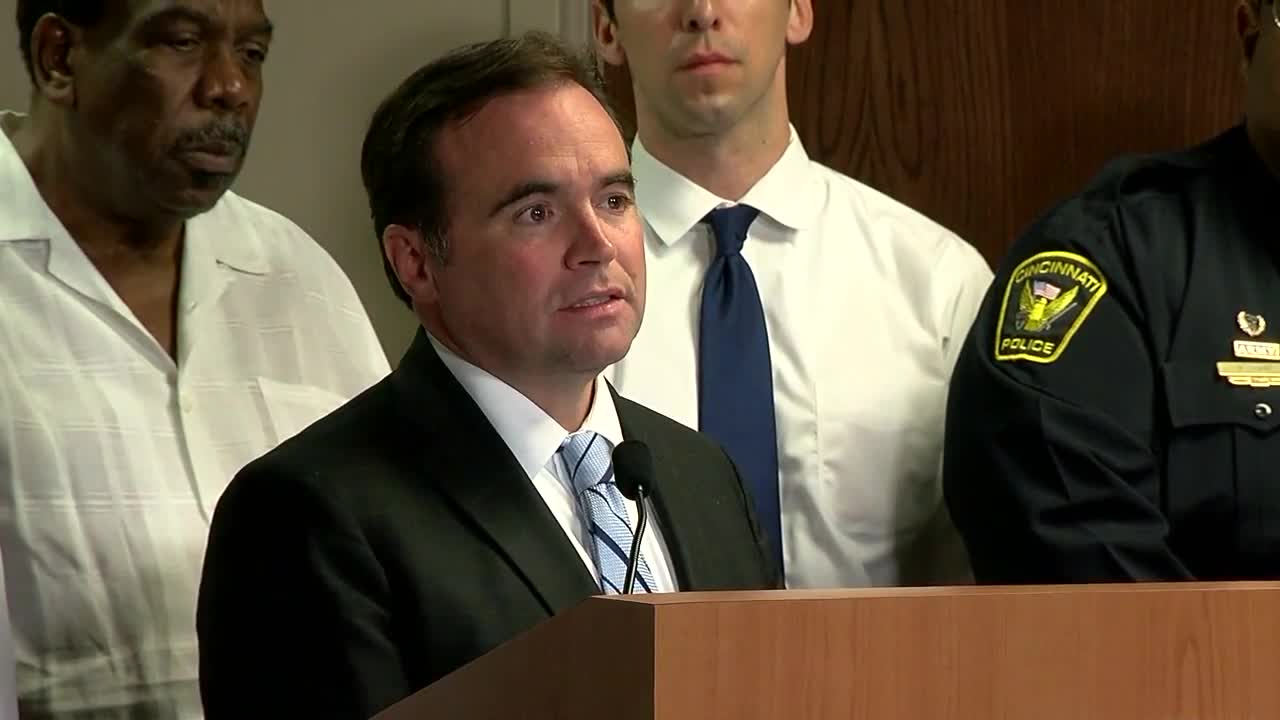 CINCINNATI -- A gunman walked into the lobby of Fifth Third Center Thursday morning with a 9 mm handgun and a briefcase stuffed with 200 rounds of ammunition.

He fired his first shot at 9:06 a.m., and he fired 34 more rounds in less than five minutes before police officers shot him through the glass facade, Chief Eliot Isaac said.

Members of the Cincinnati Police Department, along with city officials, provided new information about the Fifth Third Center shooting  during a news conference Friday morning.

Santa-Perez legally bought the gun, a Taurus 9 mm semi-automatic handgun, on Aug. 2 at Point Blank on the West Side, Isaac said. He said he did not know where or when Santa-Perez bought the ammunition.

The two victims who were hurt are being treated at the University of Cincinnati Medical Center. One patient is listed in fair condition as of Friday morning; the other is still listed in serious condition, according to a hospital spokesperson.

Isaac said Santa-Perez entered the Fifth Third Center through a side door, near the Potbelly Sandwich Shop, and began firing shots in the lobby.

The police officers have been placed on administrative leave pending the investigation.