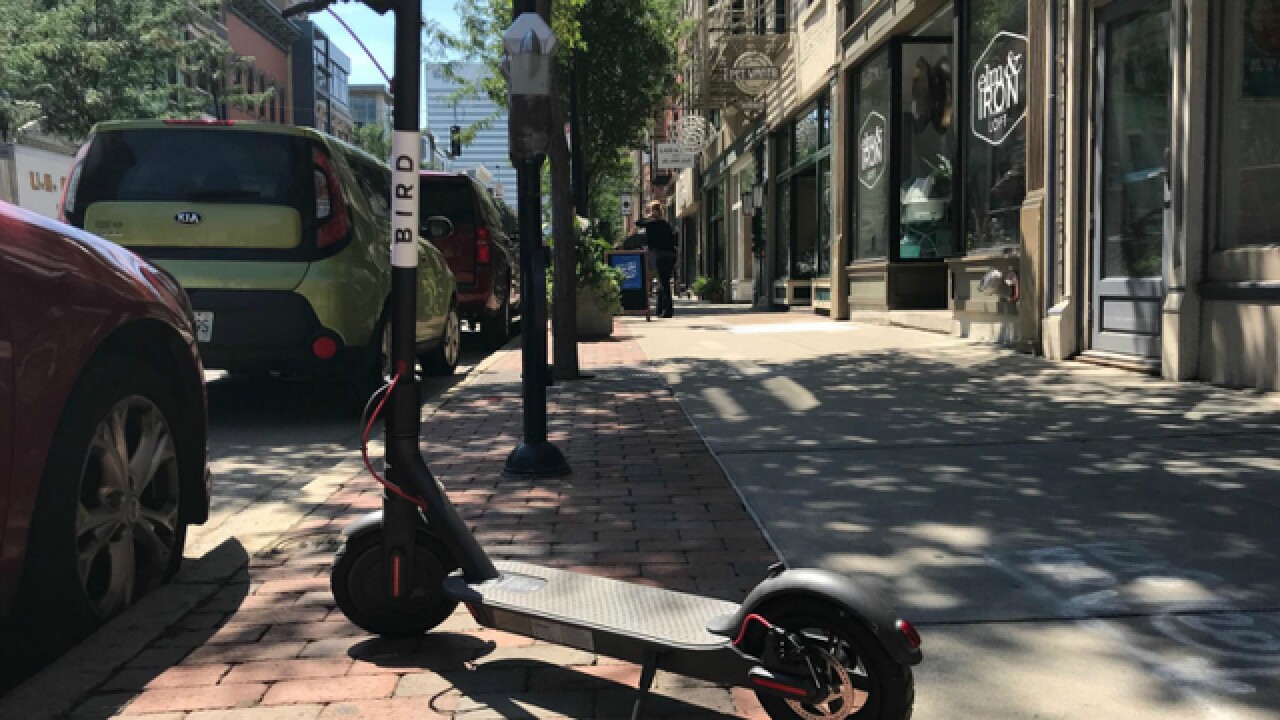 The ordinance approved during the Sept. 19 council meeting updates the city municipal code to include specific mention of e-scooters -- a mode of transportation not previously included in the law -- in the list of vehicles limited to use on the street.

The revision of the municipal code grants police officers the authority to issue $100 misdemeanor citations for scooter riders caught on the sidewalk.

Council member Greg Landsman said it ultimately comes down to the riders.

"It's really going to be incumbent on the people who use these scooters to stay off the sidewalks," Landsman said. Landsman heads up council's Major Projects and Smart Government Committee, which oversees most transportation-related matters.

The ordinance outlawing the scooters on sidewalks passed out of Vice Mayor Christopher Smitherman's Law and Public Safety Committee on Monday.

"I think they provide value in a perfect world, but we don't live in a perfect world," said City Councilman Chris Seelbach during Tuesday's Major Projects and Smart Government Committee meeting. "Maybe in the future when we have ways for people to feel safe using them, they would make sense. But they don't make sense now."

Other recommendations included many of the interim guidelines put forward a week after the scooters' July 26 arrival:

Assistant City Administrator John Juech also offered several recommended provisions the city should include in any pilot agreement with the scooter company: