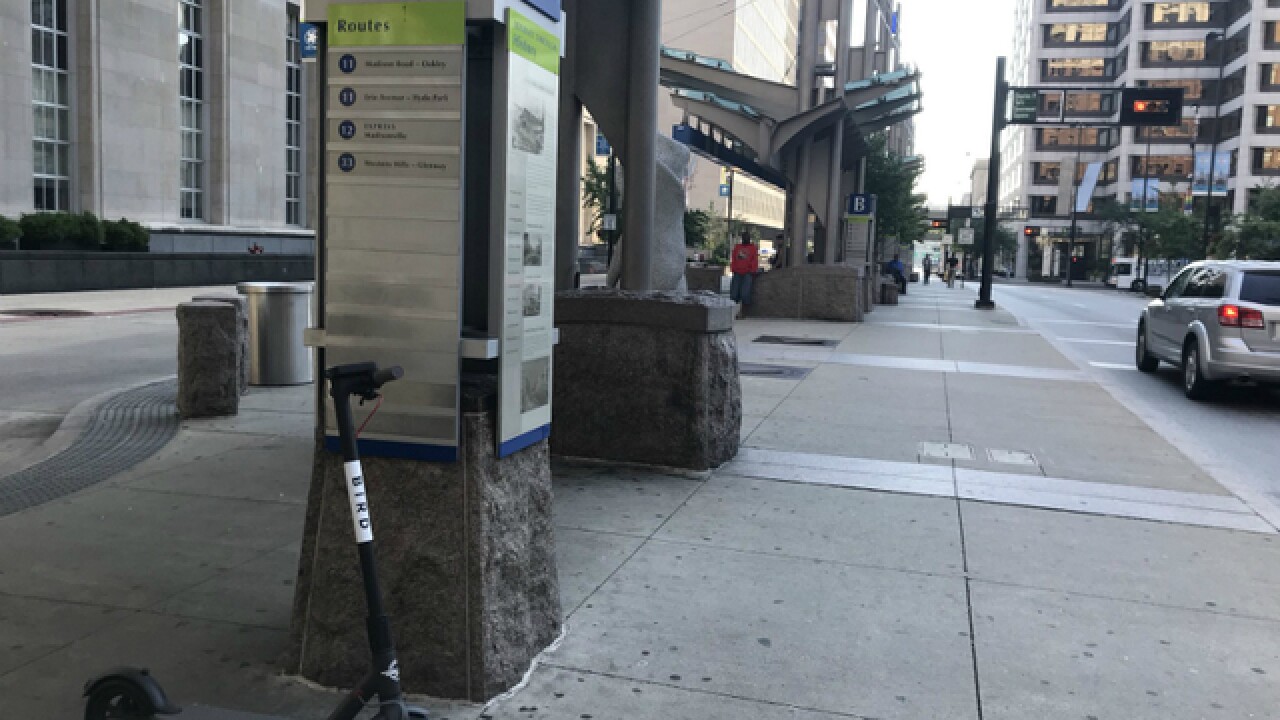 CINCINNATI -- One Cincinnati City Council member asked the question no one has asked yet but many have been thinking: Should we ban the Bird scooters?

"I think they provide value in a perfect world, but we don't live in a perfect world," said City Councilman Chris Seelbach during Tuesday's Major Projects and Smart Government Committee meeting. "Maybe in the future when we have ways for people to feel safe using them, they would make sense. But they don't make sense now."

"I will be supporting banning these moving forward," he said.

It's a concern Bird representative Sam Reed said the company is aware of. During testimony before the committee, Reed said, "You're right, we're not in that ideal world where roads are built for shared active transportation devices. It's important to remember why people are riding on the sidewalk. It's because people don't feel safe riding in the streets."

Seelbach's remarks came after Department of Transportation and Engineering officials recommended updating the Cincinnati Municipal Code with new restrictions on who can ride Bird's rental e-scooters, and where they can ride.

If you're caught riding on the sidewalk, that would cost the rider a $100 ticket.

Other recommendations included many of the interim guidelines put forward a week after the scooters' July 26 arrival:

Assistant City Administrator John Juech also offered several recommended provisions the city should include in any pilot agreement with the scooter company:

The committee did not vote on any legislation that would enact these requirements. City law does prohibit riding the scooters on the sidewalk, but the municipal code does not distinguish between different types of "dangerous behavior" on the sidewalks, so a citation value previously was undetermined.